Thomas Middleditch Embarks on a Misguided Boys’ Weekend in ‘Joshy’ 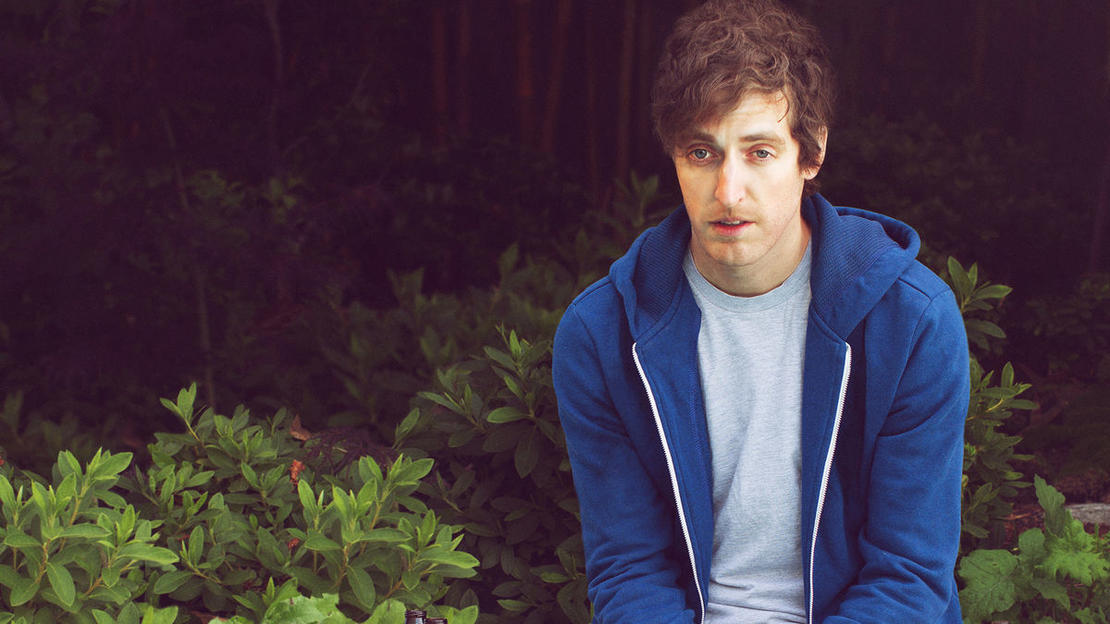 The emotional vacancies apparently part and parcel to male companionship, whether a dated social construct or otherwise, are well documented in film and television (see another Sundance Competition film for just one portrayal). But Jeff Baena’s comfortable writing and direction in Joshy manage to fashion a smart and renewed comedic take on that age-old stereotype by subtly expounding the vagaries and variations that make it so.

Thomas Middleditch – well known for his vaunted role on HBO’s Silicon Valley – stars as the film’s titular lead, Josh, who is going forward with his bachelor party despite his fiancé’s suicide months earlier. Still ravaged and disoriented by the loss, he and his buds embark on a weekend trip outside of LA marked by booze, drugs, strippers, and any other hedonist indulgences that don’t involve confronting Josh’s emotional well being. Nick Kroll, Alex Ross Perry, Adam Pally, and Brett Gelman form an ensemble of self-serving mates who, even when they appear to have their mourning friend’s best interest in mind, can’t help letting their personal desires get in the way.

Kroll’s ‘Eric’ presents the most egregious behavior with his incessant proclamations that Josh is best served by avoiding the elephant in the room – or worse, dousing it with whiskey and cocaine. For his part, Pally’s ‘Ari’ conveniently skirts around any tough conversations by courting the bubbly Jodi, played by Jenny Slate, whom he meets at the local bar. And then there’s the brilliantly stone-faced Alex Ross Perry, whose character makes only feeble attempts to tread emotional terrain with Josh by brazenly equating his recent breakup to his friend’s much more devastating circumstance.

Ultimately, the group arrives where most efforts in avoidance take you: right back to where you started. In Joshy, that journey of incompetence is made into a delightful one by its readily droll writing and cast.

After the film’s premiere, Baena—who screened the genre-bender Life After Beth two years ago at Sundance—and cast took the stage to field a range of questions concerning the immense comedic writing and acting talent, which the director made sure to tap into.

“I think Alex Ross Perry said at one point we literally had a writer in every position, so it’s almost like the movie was being written as we were making it by the people acting in it.”

Middleditch noted Baena’s aptitude in balancing a cast full of actors who are inclined to riffing and endlessly seeking to one-up each other. “I think for this we all wanted to make sure it didn’t feel like a bunch of funny guys throwing out hilarious lines, and if it was funny it just felt like part of the moment.”

Baena agreed and described how improvisation and a fluid script were key in capturing the authenticity of the film’s characters. “Sometimes if you’re writing a scene for somebody and it’s not in their voice it gets cringe-worthy—you see this in movies all the time, especially dramatic stuff where people are saying things that are right on the nose. It just feels manipulative. And I think by not doing rehearsals and just being in the moment and letting them explore it, it felt like it was coming from a real place.”

Kroll, apparently still struggling to kick his character’s penchant for frat quality douchery, dryly defended his misguided behavior in the film: “I order strippers and hookers every weekend – not for myself, just for my friends.”