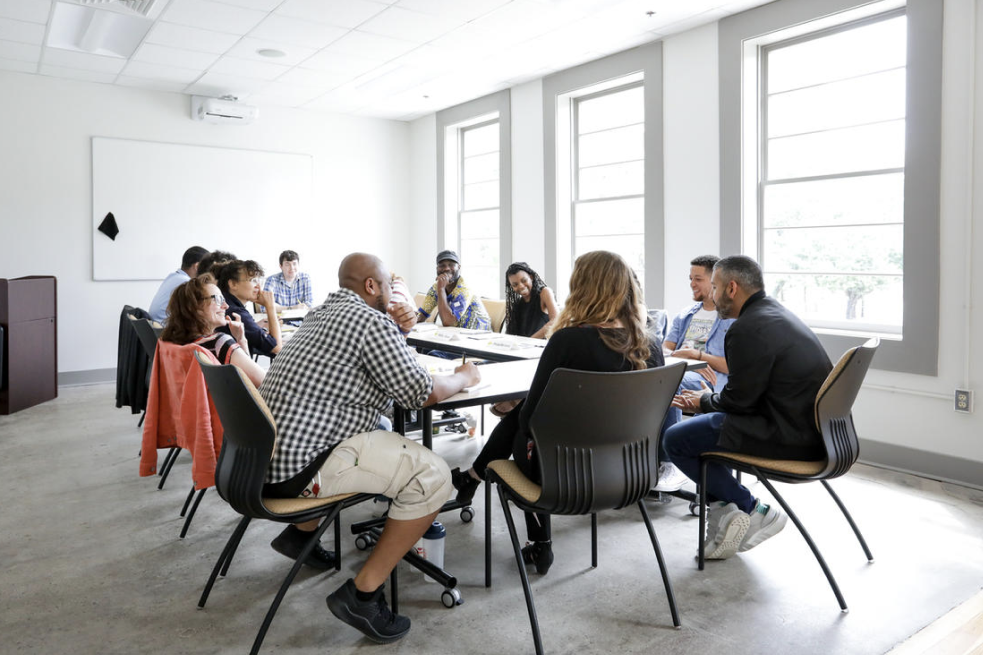 Foundation Giving enables Sundance Institute to support the vital work of independent storytellers. We work closely with each foundation to connect it to Institute activities that reflect shared values and priorities. Through these efforts, we have built a community of donors who share our commitment to cultivating original voices in film, television, theatre and digital media. Foundation grants provide stability for existing Programs and seed the launch of new initiatives. These activities empower artists to create high-quality stories that inspire audiences by speaking to the issues that shape our world. Foundations also help us achieve excellence as an organization and foster a culture of learning, mentorship, and accountability.

For more information on Foundation Giving, please contact us at institutionalgiving@sundance.org and (310) 492-2298.

Sundance Institute honors the following legacy funders for their very generous commitment to our work. These donors have provided founding support for Institute Programs or seeded major new initiatives. We are deeply grateful to each of them.

Sundance Institute gratefully acknowledges support received throughout the past year from the following foundations, which have helped sustain our ability to serve independent film and theatre artists in numerous ways.

The Academy of Motion Picture Arts and Sciences (AMPAS)

Special support is provided by The Academy of Motion Picture Arts and Sciences through two grants, which are made through the Academy’s Grants and Nicholl Fellowships programs. These support the Institute’s Native Filmmakers Lab and the Feature Film Program’s June Screenwriters Lab at the Sundance Resort.

Code Blue Foundation supports our Documentary Film Program’s efforts towards cultivating independent storytelling around environmental themes. Through these efforts, the Institute has been able to launch a new initiative for films and emerging media projects exploring stories related to the urgent need for action with regard to the environment, conservation and climate change.

Compton Foundation supports transformative leadership and courageous storytelling through its engagement with the Documentary Film Program, which it has supported since 2013.

Thanks to the support of The Max and Victoria Dreyfus Foundation, Sundance Institute’s Film Music Program has continued to offer innovative programming to showcase the art of music in film at the Sundance Film Festival, and to provide year-round support to Music and Sound Design Lab participants and alumni as they develop their careers in the field of film music.

Support from The Fledgling Fund enables us to plan expansively and strategically across the Institute, focusing our efforts where they will have tremendous impact on the independent artists we serve through our Programs and Labs.

The Carrie Louise Hamilton Foundation supports the Theatre Program’s signature Theatre Lab held at the Sundance Resort each July, which enables playwrights and other generative theatre artists to work on their plays with dramaturgs and actors over a period of three weeks, a length of time unmatched in the developmental theatre world.

JL Foundation joined the Institute’s community of foundation supporters in 2014 and provides valuable general operating support for our work year-round.

The Kendeda Fund supports the nurturing of new independent films and storytellers, with a focus on the crucial issues of gun violence prevention and the environment.

LUMA Foundation is the founding supporter of the Sundance Institute | LUMA Foundation Theatre Program’s Directors Retreat, which takes place every August in Arles, France. 2015 will mark the Retreat’s third year hosting mid-career theatre directors in an environment that promotes creativity and interdisciplinary exchange.

The Ruderman Family Foundation, a leading international disability rights organization, has an unprecedented partnership with the 2020 Sundance Film Festival that represents the Festival’s public prioritization of the issue of disability inclusion. Sundance Institute is teaming with the Foundation to expand disability inclusion and diversity at this year’s Festival as well as during the entire year. The themes of inclusion and accessibility will be highlighted throughout the Festival’s programming. The generous support of the Ruderman Family Foundation allows the Festival to expand accessibility resources in theatres and official venues, providing audiences with disabilities the much needed capabilities to enjoy and experience the Festival programming, and activating all of the Artist Programs to deepen their creative and professional development engagement with artists with disabilities.

The Shubert Foundation, Inc. has been a valued supporter of Sundance Institute’s Theatre Program since 1997.

Will and Jada Smith Family Foundation
The Yellow Chair Foundation

Acton Family Giving provides crucial and generous unrestricted support to Sundance Institute and its programs. This funding comes to us as part of AFG’s work in storytelling as a catalyst to empathy and compassion across an inclusive human experience. Through their partnership, we are able to allocate funds where they are needed most and to focus our attention on strengthening our programs and developing new initiatives as we provide leadership to the fields of film, theater and new and interactive media.

explore.org, a direct charitable activity of the Annenberg Foundation

The Annenberg Foundation has supported Sundance Institute since 2002. From 2004 – 2011, the Annenberg Foundation Feature Film Fellowship Program enabled more than 100 Sundance filmmakers from 16 countries to develop their projects, which include Beasts of the Southern Wild (Lucy Alibar and Benh Zeitlin), Eagle Vs. Shark (Taika Waititi), Kinyarwanda (Alrick Brown), Treeless Mountain (So Yong Kim), and Sleepwalk With Me (Michael Birbiglia). Since 2012, the Foundation has made a tremendous impact on the independent artists we serve through our various Programs and Labs by generously supporting the Institute’s general operations.

Cinereach began supporting Sundance Institute in 2007. From 2009 – 2013, the Cinereach Project at Sundance Institute enabled 83 narrative and documentary filmmakers to advance their projects, including Fruitvale Station (Ryan Coogler), Mother of George (Andrew Dosunmu), These Birds Walk (Omar Mullick and Bassam Tariq), Rich Hill (Tracy Droz Tragos, Andrew Droz Palermo), and The Witch (Robert Eggers). In the spring of 2015, with the support of Cinereach, Sundance launched the Art of Nonfiction initiative, which continues to provide creative and financial support for nonfiction filmmakers employing inventive artistic practice in story, craft and form. The 2017 Fellows were Khalik Allah, Kitty Green, Kirsten Johnson, RaMell Ross, and Brett Story. Cinereach has also been a supporter of the Sundance Institute’s Creative Distribution Initiative and is a current participant in the Creative Producing Initiative.

In 2013, the Ray and Dagmar Dolby Fund established the Dolby Institute Fellowship at Sundance Institute. The Fellowship supports promising feature film projects in which sound plays an integral role in bringing the story to life. In 2013, Mike Cahill’s iOrigins was the first film chosen for the Dolby Family Sound Fellowship. Since then, the Dolby Fellowship provided support to Last Days in the Desert (Rodrigo Garcia) in 2014, and Hunt for the Wilderpeople (Taika Waititi) along with Swiss Army Man (Daniel Kwan, Daniel Scheinert) in 2015.

The Charles Engelhard Foundation is a generous contributor to the Institute’s Endowment and has supported the Documentary Film Program (DFP) since 2008. The funds provided by the Foundation enables us to strengthen and grow our DFP, respond to new opportunities, and explore new and effective means to increase the impact of documentaries in contemporary society.

Grants from the John D. and Catherine T. MacArthur Foundation have supported both international initiatives and the Documentary Film Program over the last 20 years. Since 2009, MacArthur Foundation has directly supported 26 projects that exemplify story, quality, diversity, and the transformative power of art through the journalistic lens. Supported films include Gideon’s Army (Dawn Porter), Reportero (Bernardo Ruiz), The Square (Jehane Noujaim), (T)error (Lyric Cabral), and Newtown (Kim A. Snyder).

The Andrew W. Mellon Foundation has provided leadership support for the Sundance Institute Theatre Program for almost 20 years. The Mellon Foundation has enabled the development of dozens of new plays and musicals at the Theatre Program’s signature Labs and has helped to create a continuum of support for Theatre Fellows through Pre- and Post-Lab activities, including in-progress readings open to the public.

In 2007, Skoll Foundation and Sundance Institute established the Stories of Change Initiative which connects and creates community among social entrepreneurs and Sundance artists through the power of storytelling. Projects supported by the Stories of Change Initiative include Easy Like Water, Open Heart, Rafea: Solar Mama, The Revolutionary Optimists, and To Catch A Dollar. Learn More