#Sundance40th: A Look Back at the Sundance Institute in the 2010s 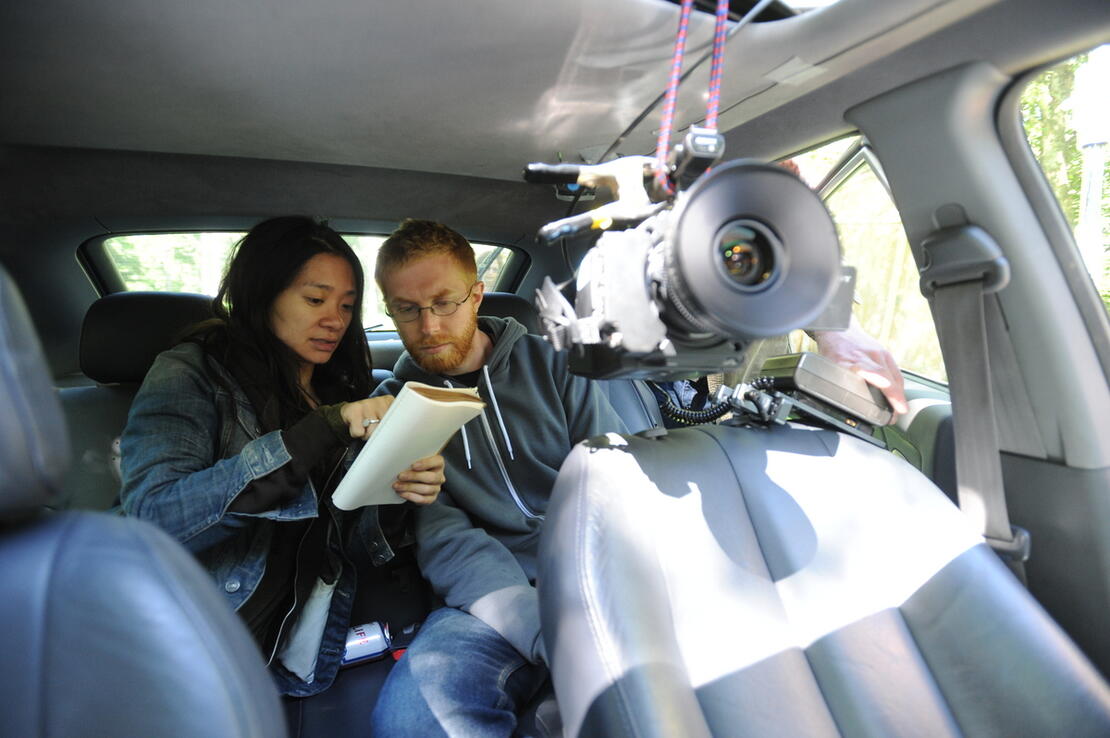 The start of our Women at Sundance program; the launch of Sundance Ignite; the start of Sundance Collab; the birth of our Outreach & Inclusion Program; the addition of the NEXT and Indie Series categories at the Sundance Film Festival… It’s safe to say the 2010s were a decade of great change for the Sundance Institute, offering new forms of assistance to artists across disciplines and around the world.

“The further removed I get from Sundance and the lab experience, the more I realize how unique it is, because what’s so special about the labs is that it’s just focused on the creative aspect of things,” Freeland recalled earlier this summer of her experiences workshopping Drunktown’s Finest. “You don’t have the business. You don’t have the politics. It’s just about making the art.”

Donate now to support the storytellers of tomorrow, and help us spread the word on social via the hashtag #Sundance40th.

To learn even more about the Institute through the years, from 1981 through today, see the master timeline created by the Sundance Institute archives team. Here’s a quick look at some of the biggest milestones from the 2010s.

2010: Keri Putnam becomes the Institute’s executive director. That same year, John Cooper takes over as Festival director. The Festival launches its NEXT section, a curation of eight American films selected for their innovative and original work in low- and no-budget filmmaking.

2012: The Institute launches the Sundance Film Festival: London. That same year, we also created our Women at Sundance program in partnership with Women In Film Los Angeles. Together, we commissioned groundbreaking research with Dr. Stacy Smith and her team at USC’s Annenberg Inclusion Initiative to better understand the key barriers and opportunities for women filmmakers.

2013: Catalyst is founded to build a culture of partnership between independent investors and filmmakers. Each year, we endeavor to unlock funding for ambitious new independent films and to grow the community of indie-film supporters. Since 2013, supported projects have included Selah and the Spades, The Witch, and A Thousand Cuts.

2015: Sundance Ignite is established with founding support from Adobe. The program — aimed at emerging filmmakers ages 18 to 25 — identifies and supports new voices and talent from the next generation of filmmakers and fosters fresh audiences for independent storytelling.

2019: The Institute welcomes artists from all over the world to Sundance Collab, its new online learning platform and community.

Below, we talk about just a handful of the countless iconic projects from the 2010s that were incubated in our labs and/or programmed at the Sundance Film Festival. Stay tuned — later this month we’ll offer up a lengthy streaming watchlist of features that have come through the labs over the years.

Sydney Freeland first came to the Sundance Labs as a fellow at the 2009 Native Filmmakers Lab to workshop Drunktown’s Finest. The project was further workshopped at the 2010 Directors and Screenwriters Labs and the produced film screened at the 2014 Festival. Freeland later brought her follow-up, Deidra & Laney Rob a Train, to Park City in 2017.

THE DIARY OF A TEENAGE GIRL

Marielle Heller workshopped The Diary of a Teenage Girl at both the 2012 Screenwriters and Directors Labs. The film later screened at the 2015 Festival, where it won the U.S. Dramatic Special Jury Award for Excellence in Cinematography award. Her more recent projects include Can You Ever Forgive Me? and A Beautiful Day in the Neighborhood.

Swiss Army Man was workshopped at the 2014 Screenwriters, Directors, and Music and Sound Design Labs, and later screened at the 2016 Festival, winning the Directing Award: U.S. Dramatic for Daniel Kwan and Daniel Scheinert.

Sean Durkin attended the Directors and Screenwriters Labs in 2010 with his project Martha, Marcy, May Marlene, which later screened at the 2011 Festival and took home the Directing Award: Dramatic and was later nominated for four Independent Spirit Awards, including Best First Feature. Durkin returned to the Festival in 2020 with The Nest.

Ryan Coogler first came to the Sundance Labs when he brought Fruitvale Station to the Screenwriters Lab in 2011. The film was a hit at the 2013 Festival, where it won both the Audience Award and the Grand Jury Prize. The film was widely accoladed on the festival circuit and was awarded Best First Feature at the Independent Spirit Awards. Coogler’s career since has included directing popular films Creed and Black Panther (which was nominated for 6 Academy Awards, including Best Picture) and producing projects like Judas and the Black Messiah, which screened out of competition at the 2021 Festival and was nominated for five Academy Awards last year.

SONGS MY BROTHER TAUGHT ME

Chloé Zhao workshopped her first feature, Songs My Brother Taught Me, at the 2012 labs, and she returned in 2014 further work on the project at the Music & Sound Design Lab. The film screened at the 2015 Festival, and Zhao would return to the Festival three years later to screen The Rider. Her latest film, Nomadland, was a critical success garnering innumerable accolades and taking top prizes at both the Academy and Independent Spirit Awards.

Nia DaCosta workshopped her project Little Woods through several Institute labs between 2015 and 2017. The film was released in 2019, and its critical success cemented DaCosta as a director to watch. Her upcoming projects include the Jordan Peele–produced remake of Candyman and the highly anticipated The Marvels.

Paula Vogel attended the 2013 Theatre Lab to workshop Indecent (then titled The Vengeance Project). The show opened on Broadway in 2017 and was nominated for three Tony Awards, including Best Play.

SORRY TO BOTHER YOU

The Coup frontman Boots Riley had been working on his screenplay Sorry to Bother You for years, even releasing an album with the same name inspired by the script in 2012. He received direct support from the Institute through FFP grants, the Creative Producing Summit, Catalyst, Screenwriting Labs, Directors Lab, and a Screenplay Reading, but also some of the connections he made with creative advisors and peers at those events helped carry his vision to fruition. The film made an impression at the 2018 Sundance Film Festival and had a highly successful theatrical release the following summer, along with numerous accolades, including the Independent Spirit Award for Best First Feature.

BEFORE YOU GO: Through the month of August, we’re looking to raise vital funds to help support the next generation of independent storytellers as we commemorate our 40th year as an Institute. Will you join us?