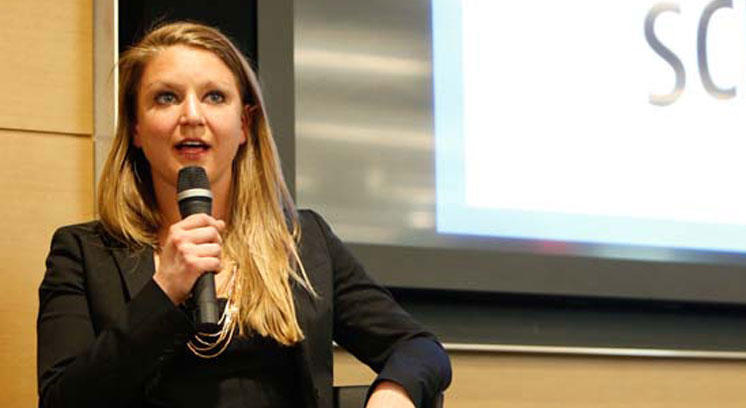 Today, with the groundswell of press coverage and industry buzz about the paucity of women working in film, there is no question Hollywood is aware we’ve got a problem. But while the momentum is great, zeitgeist moments can be dangerously fleeting. In an effort to ensure gender parity is more than just a hashtag, a multitude of web platforms are greenlighting and financing content directed by women. Also visit the Women at Sundance Resource Map for an evolving guide to the newest services supporting women filmmakers.

Broadly is a website and digital video channel devoted to representing the multiplicity of women’s experiences. Visit their site here and read about Amel Monsur, the creative director at Broadly demanding more diversity behind and in front of the camera, here. One of our favorite Broadly videos features Sundance alumna Amy Ziering talking about campus rape and exploring why no one believes women.

MAKERS is the largest collection of women’s stories assembled to date, encompassing broadcast documentaries, web and mobile-first video content, and live events. See the MAKERS profiles here, and make sure to check out the Women in Politics special, directed by Women at Sundance fellow Grace Lee!

Refinery29, a lifestyle platform that delivers smart, stylish content, recently launched their new initiative, Shatterbox Anthology, to commission 12 micro-budget short form projects by female filmmakers. Find out more about the initiative here, and be on the lookout for short films made by Women at Sundance fellows Gabrielle Nadig, Jessica Devaney, Pamela Romanowsky, and Jordana Mollick in the coming months!

Vimeo’s new initiative invests in programming, educational workshops, meetups, interviews, and more that showcase female voices. Vimeo launched Share the Screen at this year’s SXSW, where a panel and screening of short films made by seven different female creators featured our very own 2014-15 Women at Sundance fellow Kat Candler! Find out more about Share the Screen here.

Cofounded by actress, director, and producer Elizabeth Banks, WHOHAHA is a digital platform spotlighting content by funny women around the globe. Find out more here, and if you missed Elizabeth Banks’ conversation during the Women at Sundance Brunch at this year’s Festival, you can catch it here and here!

Founded by TRANSPARENT creator Jill Soloway (who won the Directing Prize for Afternoon Delight at the 2013 Sundance Film Festival!) and Rebecca Odes, wifey.tv offers irreverent content made by and about women. See more here.

YouTube’s new initiative funds and promotes content by female creators, who receive guidance from The Geena Davis Institute on Gender in Media. Find out more here.