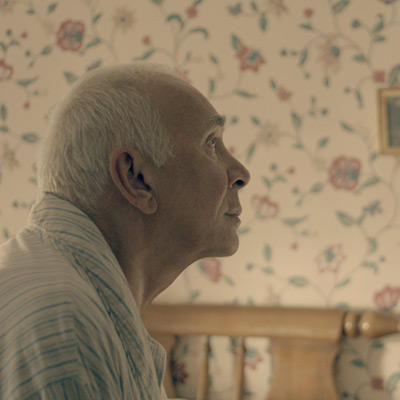 Keri Putnam, Executive Director of Sundance Institute, said, “Scientists, engineers, mathematicians are – like  filmmakers – some of the most imaginative and adventurous thinkers of our time, and the Alfred P. Sloan Science in Film initiative has fostered awareness of and engagement with these fascinating themes in independent film for the last 10 years.”

“We are thrilled to celebrate our tenth anniversary with Sundance, which has been such a great partner in our nationwide effort to encourage filmmakers to engage with science and technology themes and characters,” said Doron Weber, Vice President, Programs at the Alfred P. Sloan Foundation. “Anyone who looks at the incredible list of winning films, from Shane Carruth’s Primer  and Werner Herzog’s Grizzly Man to Jake Scheirer’s Robot and Frank and Musa Syeed’s Valley of Saints—or at the amazing screenplays that have been developed through the Sloan Fellowship at Sundance Institute Labs and the Sloan Commissioning Grant—will see that science and technology can reveal the human condition in ways previously unseen and undreamt of.”

For more information about the Science in Film initiative, along with updated content, a complete list of supported filmmakers, trailers for completed films, and an interview with Jake Schreier (director, Robot and Frank, 2012 Sloan Prize Winner), visit www.sundance.org/science-in-film.

Feature Film Prize Jury
The Sloan Jury determines the recipient of the Sloan Feature Film Prize at the Sundance Film Festival which is presented to an outstanding Festival feature film focusing on science or technology as a theme, or depicting a scientist, engineer or mathematician as a major character. The Prize includes a $20,000 cash award by the Alfred P. Sloan Foundation.

Paula Apsell
As Director of the WGBH Science Unit and Senior Executive Producer of the PBS science series NOVA, Paula Apsell has overseen the production of hundreds of acclaimed science documentaries, including such distinguished miniseries as The Fabric of the Cosmos with Brian Greene, Origins with Neil deGrasse Tyson, Making Stuff with David Pogue and the magazine spin-off NOVA scienceNOW. NOVA is the nation’s most watched science series, a top site on pbs.org, and recipient of every major broadcasting honor, including the Emmy®, the Peabody®, and the duPont-Columbia Gold Baton. Paula has won numerous individual awards and has served on many boards including the Smithsonian’s National Museum of Natural History. She was recently journalist in residence at UC Santa Barbara’s Kavli Institute for Theoretical Physics.

Darren Aronofsky
Academy Award® Nominated Director Darren Aronofsky was born and raised in Brooklyn, New York. His most recent film, Black Swan, won Natalie Portman the Academy Award® for Best Actress and received four other nominations, including Best Picture. The film received scores of other accolades, appeared on over 200 critical Top Ten lists, and swept the 2011 Independent Spirit Award with wins for Best Film, Best Director, Best Actress and Best Cinematography. Prior to Black Swan, Darren directed The Wrestler. The film premiered at the Venice Film Festival where it won the esteemed Golden Lion making it only the third American film in history to win this grand prize. He also directed The Fountain, starring Hugh Jackman and Rachel Weisz, and Requiem for a Dream, which was named to over 150 Top Ten lists. Darren’s first feature, π, won the Director’s Award at the 1998 Sundance Film Festival and an Independent Spirit Award for Best First Screenplay. He is currently at work on Noah, based on the biblical story of Noah’s ark. Among his honors, the American Film Institute gave Darren the prestigious Franklin J. Schaffner Alumni Medal, the Stockholm Film Festival presented him the Golden Horse Visionary Award, and he has won three Independent Spirit Awards.

Scott Z. Burns
Scott Burns is screenwriter, director and producer. He wrote the original screenplay for Contagion, directed by Steven Soderbergh, starring Matt Damon, penned the screen adaptation of Soderbergh’s The Informant! and co-wrote the Academy Award® winning Bourne Ultimatum, directed by Paul Greengrass. He was a producer on An Inconvenient Truth, the Academy Award® winning documentary, for which he received the Humanitas Prize and the Stanley Kramer Award from the Producers Guild of America. Scott recently completed production on Side Effects, a psychological thriller, slated for release in early 2013. It stars Jude Law, Rooney Mara, Catherine Zeta Jones and Channing Tatum and is again directed by Steven Soderbergh with Scott writing and producing along with Greg Jacobs and Lorenzo Di Bonaventura. Currently, Scott is writing The Library, a stage play based on the 1999 shootings at Columbine High School with Steven Soderbergh directing and Kennedy/Marshall producing. The play is under development at the Public Theater in New York City. Scott began his career in advertising and was part of the creative team responsible for the original “Got Milk?” campaign. His advertising work has been recognized by the Clio Awards, the Cannes Film Festival, and the New York Film Festival.

Dr. André Fenton
Dr. André Fenton, is a neuroscientist, biomedical engineer and entrepreneur working on three related problems: how brains store information in memory; how brains coordinate knowledge to selectively activate relevant information and suppress irrelevant information; and how to record electrical activity from brain cells in freely-moving subjects. André and colleagues identified PKMzeta as the first memory storage molecule, a discovery identified by Science, the American Association for the Advancement of Science’s journal, as one of the ten most important breakthroughs in all the science reported in 2006. Recordings of electrical brain activity in André’s lab are elucidating the physiology of cognitive dysfunction in schizophrenia. It was recently discovered that preemptive cognitive training during adolescence changes the brain sufficiently to prevent the adult brain dysfunction and cognitive impairments that arises from brain damage during early life in a schizophrenia-related animal model. André is a Professor of Neural Science at New York University’s Center for Neural Science. He founded Bio-Signal Group Corp., which is developing an inexpensive, miniature wireless EEG system for functional brain monitoring of patients in emergency medicine applications and other clinical scenarios.

Dr. Lisa Randall
Dr. Lisa Randall studies theoretical particle physics and cosmology at Harvard University where she is Frank J. Baird, Jr., Professor of Science. Her research connects theoretical insights addressing puzzles in our current understanding of the properties of matter, the universe, and space. Dr. Randall is a member of the National Academy of Sciences, the American Philosophical Society, and the American Academy of Arts and Sciences, and is the recipient of many awards and honorary degrees. Professor Randall was included in Time Magazine’s “100 Most Influential People” of 2007, was among Esquire Magazine’s “75 Most Influential People of the 21st Century,” and was one of 40 people featured in “The Rolling Stone 40th Anniversary issue” in 2008. Dr. Randall’s two books, Warped Passages (2005) and Knocking on Heaven’s Door (2011) were featured on the lists of New York Times 100 Most Influential Books. Her ebook, Higgs Discovery: The Power of Empty Space, was published last summer.

Alfred P. Sloan Foundation
Founded in 1934, the Alfred P. Sloan Foundation is a non-profit philanthropy that makes grants in science, technology and economic performance. This Sloan-Sundance partnership forms part of a broader national program by the Alfred P. Sloan Foundation to stimulate leading artists in film, television, and theater; to create more realistic and compelling stories about science and technology; and to challenge existing stereotypes about scientists, engineers, and mathematicians in the popular imagination. Over the past decade, the Foundation has partnered with some of the top film schools in the country – including AFI, Carnegie Mellon, Columbia, NYU, UCLA, and USC – and established annual awards in screenwriting and film production and an annual first-feature award for alumni. The Foundation has also started an annual Sloan Feature Film Prize at the Hamptons International Film Festival and initiated new screenwriting and film production workshops at the Hamptons and Tribeca Film Festival and with Film Independent. As more finished films emerge from this developmental pipeline—four features were completed this year, with half a dozen more on deck—the foundation has also partnered with the Coolidge Corner Theater and the Arthouse Convergence to screen science films in up to 40 theaters nationwide. The Foundation also has an active theater program and commissions over a dozen science plays each year from the Ensemble Studio Theater, Manhattan Theatre Club and Playwright Horizons.