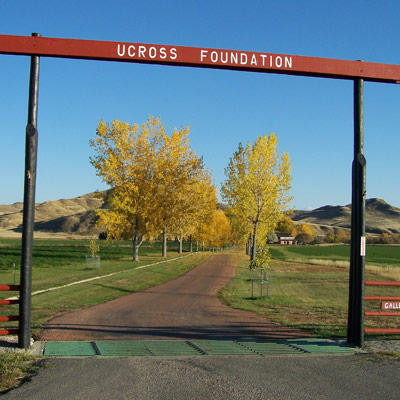 New York, NY — Sundance Institute today announced the seven artists selected for its 2013 Playwrights Retreat at Ucross Foundation, February 4-22, 2013. The annual writing colony at the 20,000-acre working cattle ranch outside of Sheridan, Wyo. provides a supportive environment for artists to create new work and receive guidance and reactions to it at an early stage. Under the supervision of Philip Himberg, Artistic Director of the Theatre Program, and Producing Director Christopher Hibma, the Playwrights Retreat is made possible through the generosity of Ucross Foundation.

Keri Putnam, Executive Director of Sundance Institute, said, “Project support at a very early stage for both emerging and established artists is a cornerstone of Sundance Institute’s labs and programs. For the Playwrights Retreat, we are grateful to Ucross Foundation for lending their exceptional facility for our Fellows to write and work with advisors in an environment of peer mentorship, professional growth and unpressured creativity.”

Himberg said, “Our Playwrights Retreat at Ucross Foundation is the only program of its kind specifically dedicated to the germinative stage of a play’s life. It provides writers and composers  the opportunity needed to focus on and refine the earliest vision of a new work, within the supportive community of theatrical artist peers.”

Notable artists and projects supported through the Playwrights Retreat program include A Gentleman’s Guide to Love and Murder by Steven Lutvak and Robert L. Freedman (Hartford Stage Company and La Jolla Playhouse), Song for the Disappeared by Tanya Saracho (Goodman Theater, Chicago), and ToasT by Lemon Anderson (Under The Radar).

The artists selected for the 2013 Sundance Institute Playwrights Retreat at Ucross Foundation are:

Fernanda Coppel
Fernanda’s plays include: Chimichangas and Zoloft (Atlantic Theater Company World Premiere), Pussy, The Leak, That Douche Bag’s Play, Sinaloa Cowboy, Emma Zapata, and No Homo. Fernanda’s plays have been developed at Atlantic Theater Company, New York Theatre Workshop, Pregones Theater, The Flea, INTAR Theatre, The Juilliard School, The Lark Development Center, the Old Vic (London), and Naked Angels. Fernanda is a member of the MCC Playwrights’ Coalition and was a member of the Old Vic’s US/UK TS Eliot Exchange Program in 2010. Her work has won the Asuncion Queer Latino Festival at Pregones Theater, the 2012 HOLA Award for Outstanding Achievement in Playwriting, and the 2012 Helen Merrill Award. She was a three-year Lila Acheson Wallace Playwriting Fellow at The Juilliard School and was a member of INTAR Theatre’s Maria Irene Fornes Playwrights Lab. Fernanda received her MFA from New York University.

Ucross Foundation
Founded in 1981, Ucross Foundation is an internationally known retreat for visual artists, writers, composers and choreographers working in all creative disciplines. It provides living accommodations, studio space, uninterrupted time and the experience of the extraordinary High Plains landscape to competitively selected individuals. Ucross supports individuals whose work reflects innovative thinking, a depth of creative exploration, and the potential for significant future accomplishments. A number of residents have won recognition such as the Pulitzer Prize, the Tony Award, the National Book Award, the MacArthur Fellowship, the Guggenheim Fellowship and many other honors. Through its Residency Program, art gallery, and associated activities, Ucross actively seeks to support an appreciation for vibrant human creativity and aims to cast a reflection into the future from the cultural mirror of our lives and times. www.ucrossfoundation.org