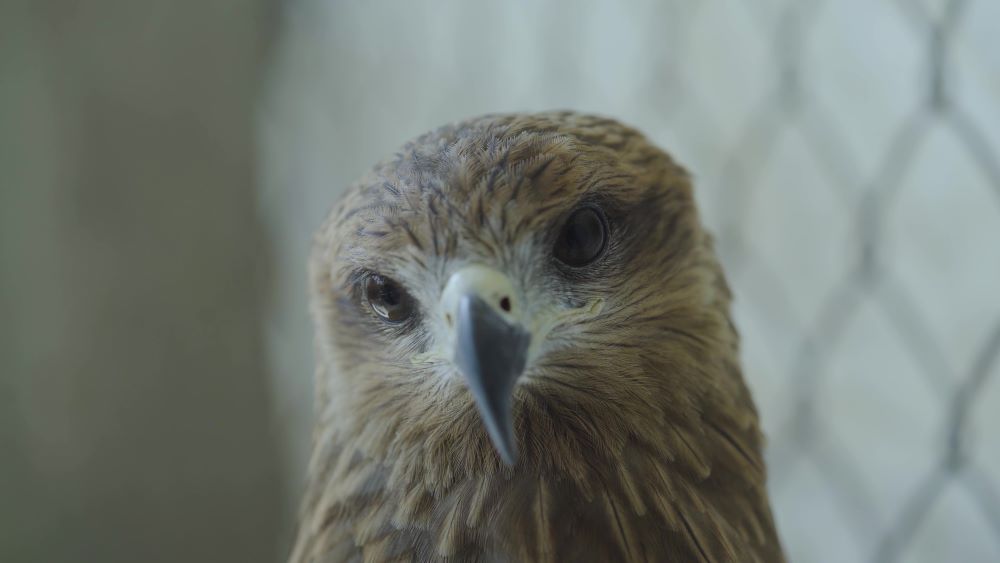 In “All That Breathes,” a black kite being sheltered by a New Delhi family stares curiously into the camera. The documentary tells the story of an Indian family who has made it a lifelong project to rescue and protect the raptors in the smog-filled skies above their city.

A rich and diverse collection of nonfiction and fiction films from the 2022 Sundance Film Festival descends upon theaters and streaming services this month — ranging from the emotional journey of Irish singer Sinéad O’Connor to a poetic (and award-winning) look at an Indian family dedicated to saving a threatened species.

And that just skims the surface. Also getting cinematic treatments are a true-crime tale from Sweden, an exploration of assisted suicide, a timely narrative about abortion access in the 1960s, evidence of misogyny in film, and the lasting cultural effects of the last known slave ship to arrive in the United States.

To round things out, we also have a candidate for your Halloween party, the bloody Piggy. Be aware, though, this is a horror film with a bit of a conscience. But that’s for you to discover. So, let’s get started on our rundown of new releases.

Nothing Compares — The story of Sinéad O’Connor’s exile from the music world is told in this documentary, which traces the outspoken Irish singer’s rise to pop stardom — to the pivotal moment in 1992, when she tore up a picture of the pope on Saturday Night Live. “It’s an emotional portrayal of a thoughtful artist who has always cared about the bigger picture, and whose anti-establishment bravery and dedication to speaking truth to power would inspire generations to come,” according to the Festival Film Guide. Streaming October 2 on Showtime.

The Dark Heart — The first three episodes of this true-crime series from Sweden screened in the Indie Episodic category at the 2022 Festival. Now, all five episodes are ready to go. The plot follows a woman investigating the disappearance of a wealthy and influential landowner in southern Sweden. The man has two daughters, one who reported her father missing and the other an educated forester who runs the ranch. Streaming on Topic as of September 29.

Last Flight Home — Award-winning filmmaker Ondi Timoner made a movie about her beloved, loving, and accomplished father, Eli Timoner, and his decision to pursue assisted suicide. Her father was an entrepreneur who founded the Air Florida airline. “Through laughter and joy, [members of the Timoner family] unwittingly provide a guide for crossing the inevitable passage of losing a loved one, and share a lasting legacy that demonstrates how we might live, even as we die,” according to the Festival Film Guide. Releasing in New York and Los Angeles theaters on October 7.

Piggy — This horror film, which starts out as the tale of an overweight teenager mercilessly bullied and tormented by a group of mean girls, comes out just in time for Halloween watching parties. After particularly cruel treatment one day by the girls at the pool in their Spanish village, Sara says nothing when she observes a man forcing her tormentors into a van and driving away. Will she stay quiet to protect the man who avenged their behavior, or will she speak up? Releases in theaters October 14.

Descendant — This Margaret Brown documentary reveals the history of Mobile, Alabama, where the last known ship carrying enslaved Africans, docked in 1860. “Now, the long-awaited discovery of the Clotilda’s remains offers this community a tangible link to their ancestors and validation of a history so many tried to bury,” according to the Festival Film Guide. The descendants of those slaves, and of the privileged man who chartered the ship, still live in the area. Releases October 21 in select theaters and on Netflix.

Brainwashed: Sex-Camera-Power — Director Nina Menkes turns the lens on the film industry, illustrating the inequalities thrust upon women at all levels, and leading to employment discrimination and sexual harassment and assault. “Using more than 175 film clips from canonical Hollywood favorites and cult classics as well as interviews with filmmakers and scholars, Brainwashed reveals a sinister framework of misogyny and paternalism that, from early cinema to the present day, infiltrates some of our movies,” according to the Festival Film Guide. Releases in theaters on October 21.

All That Breathes — Two Muslim brothers, and their cousin, have made it their life’s work to save the ill and injured black kites that fall from the gray, polluted skies above New Delhi. Winner of the top documentary award at both the Sundance and Cannes film festivals, this quiet and lyrical documentary examines the family’s admiration for and commitment to this intelligent medium-sized raptor. Releases in New York City theaters on October 21, in Los Angeles theaters on October 28, and streaming sometime in 2023.

Call Jane — When Joy (Elizabeth Banks) faces a life-threatening pregnancy in 1968 Chicago, no one in the medical establishment will help her. Then she finds the Jane Collective, a real-life clandestine organization that helped women obtain safe and affordable abortions. In 2022, a year that saw the overturning of Roe v. Wade and the ramping up of debate over a woman’s reproductive rights, this Phyllis Nagy film becomes even more pertinent. Sigourney Weaver also stars. Releases in theaters on October 28.

The Cathedral — Ricky D’Ambrose has made a semi-biographical, somewhat experimental film that follows a family, through the eyes of the only child, over some 20 years. “Part portrait of the artist as a young man and part catalog of the objects, people, and moments that characterized some 20 years of America, The Cathedral is a poetic and experiential meditation on youth and the recent past, but one less interested in memory than in measure,” according to the Festival Film Guide. Began streaming in September on Mubi.