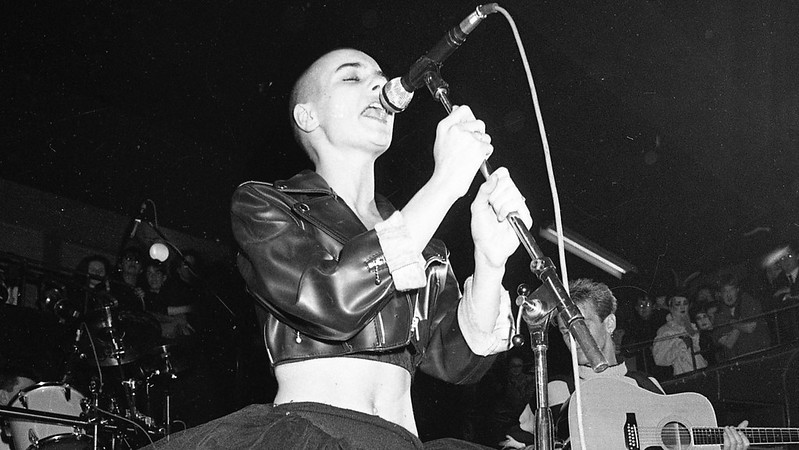 Sinéad O’Connor may have been young, angry, outspoken, and impulsive. But there was one thing she was not: insincere.

That’s the takeaway from Nothing Compares, a documentary on the Irish pop singer-songwriter whose career took a sharp downward turn after she tore up a photo of the pope on Saturday Night Live in 1992. She faced the camera with clear eyes and proclaimed, “Fight the real enemy.”

From the beginning, barely into her twenties, she had railed against war, racism, sexism, and the power of the Roman Catholic Church, particularly in her home country. O’Connor was a battered child, and Ireland was a battered child too. She turned to music as her therapy.

“I was always being crazied by the media, made out to be crazy,” she says in the documentary. The irony being, she says, that in the same time period, priests were raping children. “That was crazy.”

She essentially disappeared after the SNL incident, her amazing career — including her Prince cover, “Nothing Compares 2 U,” which rose to No. 1 all over the world — stifled. It doesn’t matter. She never wanted to be a pop star, she says: “I just wanted to scream.”

Nevertheless, Chuck D of Public Enemy insists in the documentary, her legacy lives on. She influenced other artists to begin speaking out, he says.

The recent suicide of her 17-year-old son and her subsequent hospitalization has put Sinéad O’Connor back in the public eye. In light of those events, the film crew decided against the traditional Q&A following the premiere of Nothing Compares Friday night at the 2022 Sundance Film Festival.

In a pre-recorded statement before the screening, Belfast–born director Kathryn Ferguson said the documentary, which she started four years ago in an attempt to reframe the pop singer’s story through a contemporary lens, was made with respect and admiration for O’Connor.

Loyal fans have been following this latest turn with hope for the strength of her resilience — expressed so eloquently by O’Connor herself in the film about her exile from the music world: “It broke my heart when they killed me,” she says. “But I didn’t die. They didn’t bury me. They didn’t realize I was a seed.”