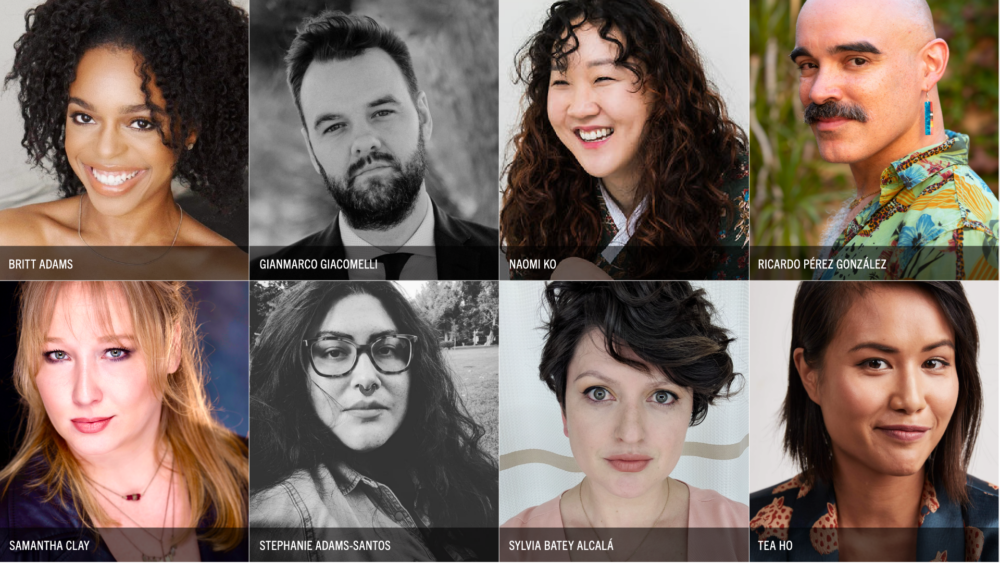 The Program brings together writers in the early stage of their career with an original series IP that has not yet been produced. The Episodic Lab is a six-day immersive experience that allows writers to work closely under the guidance of established showrunners, producers, and executives. Starting today and running for a week, Fellows will workshop their pilot and participate in one-on-one story meetings, case study screenings, panels, and writers’ rooms focusing on their scripts.

“This cohort is profoundly honest and devilishly entertaining on the page,” said Episodic Program Director, Jandiz Estrada Cardoso. “Their characters rattle so much emotion out of me, each catapulting into unexpected directions, that beg for a wide audience embrace. The next several days mark a turning point for our Fellows creatively, and it’s an honor to assemble the best collaborators in the business to take up the torch of dedicated support.

Support from the Institute continues after the Lab, which includes navigating the business, securing representation, staffing, and pitching skills. This upcoming Spring, Sundance will host its second annual Episodic Pitch Parlor in Los Angeles. This industry event is both a launchpad and a celebration to introduce the writers and their Lab projects to key executives in the episodic space.

Additional information on the projects and writers chosen for the 2022-2023 Episodic Lab can be found below.

Britt Adams, a North Carolina native, is a multi-hyphenate juggernaut who has guest starred on shows on ABC, Netflix, CBS and more. In addition to writing, producing, and starring in her own series, she’s recently created a slate of genre-blending, tantalizing projects that showcase her political commentary, humor, and distinctive voice.

Gianmarco Giacomelli with To Kill a Pope: An exiled English mercenary wrestling with a crisis of faith embarks on a mission to assassinate the Pope in exchange for absolution and the chance to reunite with his lost love.

Gianmarco Giacomelli is an ex-Catholic screenwriter who completed his MFA at the AFI Conservatory. He is currently developing projects with various producers from Ozark, The Umbrella Academy and Narcos. Diagnosed at age 15 with a rare neurological disorder, Gianmarco infuses his writing with heart and focuses on broken people like himself, because aren’t we all?

Naomi Ko with The 20-Year Curse: Eunji Choi is in a 20-year generational family curse. To break it, she embarks on a journey with her father, Hae Su, that spans both the material and spirit world.

Naomi Ko is a Korean American filmmaker, actor, and performance artist based in Minnesota and Los Angeles. Her work premiered at Tribeca Film Festival. Naomi is a former Sundance Institute Art of Practice Fellow, Jerome Hill Artist Fellow, and is currently a Bush Leadership Fellow.

Ricardo Pérez González with Orlando: Orlando is an hour-long drama about three generations of Puerto Rican women on a uniquely messy journey of healing as they rebuild their lives in the wake of hurricane María and the Pulse shooting.

Ricardo Pérez González is a queer Puerto Rican writer whose credits include Netflix’s Designated Survivor, his plays Don’t Eat the Mangos (Magic Theatre/Elliot Norton Award-Best Play) and On the Grounds of Belonging (NYC Public). Upcoming projects include the podcast Flipped and a series based on the book Gay Berlin with Neal Baer.

Samantha Clay with The Growth: When a homely and unpleasant alcoholic develops a sentient back mole in the form of a gorgeous second head with a sparkling personality, the two must navigate life despite having different desires, but only one body.

Samantha Clay was born and raised in southern West Virginia. After attending West Virginia University, she drove out to Los Angeles with nothing but a dream and trunk full of shoes. Samantha’s work has been showcased at the Groundlings, Towne Street Theater, and several web series she has produced. She currently writes for ABC Disney Discovers.

Stephanie Adams-Santos with Sad Girl: In a techno dystopia where plants and animals are functionally extinct, a young woman discovers that she is ancestrally connected to a primal force of nature with equal capacities for creation and destruction.

Stephanie Adams-Santos is a Guatemalan American artist and writer whose work spans poetry, prose, and screenwriting. She is the author of Dream of Xibalba (winner of the Orison Books Poetry Prize), and penned several episodes of the anthology series Two Sentence Horror Stories (CW). Stephanie is also a professional Tarot reader and instructor of poetry.

Sylvia Batey Alcalá with Blue Neptune: When her wayward sister goes missing, a vivacious spiritualist uses astrology to investigate the disappearance – only to discover a dangerous web of intrigue that will force her to re-examine everything she believes.

Sylvia Batey Alcalá cut her fangs on CW’s Legacies before pivoting to family dramas Ordinary Joe (NBC) and Field of Dreams (UTV). Her romantic traumedy pilot Next of Kin is in development at Warner Bros. Sylvia currently writes on Shea Serrano and Michael Schur’s comedy series, Primo, on which she also appears as an actor.

Tea Ho with Oriental Town: When a young Chinese American woman learns that a historic “Oriental” neighborhood in her Midwestern town vanished long ago, she goes on a mission to dig up the past, only to discover her family’s sordid role in its disappearance.

Tea Ho is a queer Viet refugee whose writing is informed by their hilariously tragic life. Previously a web developer, designer, and wedding photographer, Tea is now a staff writer for Hulu’s We Were the Lucky Ones. Their mission is to explore stories about trauma and societal issues with levity and heart.