You Are Not Alone: These Films Are Helping Dispel the Stigma of Mental Illness 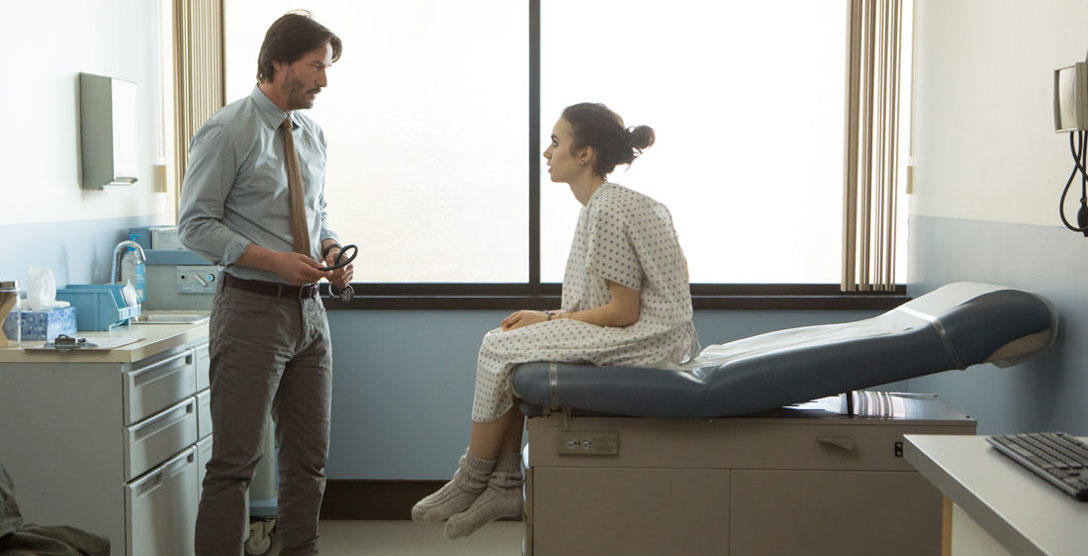 A still from Marti Noxon’s award-winning Sundance drama “To the Bone.”

It is by no means an indicator that the work is close to—or ever—finished, but with each passing year there are signs of an incremental growth in our approach to mental health, both clinically and in personal circles.

Maybe it’s in the renewed public relations efforts around Mental Health Month, which is recognized in May of each year, or in the desperately overdue conversations in the wake of tragedies surrounding icons and idols whom we deem impervious to the scars and stigmas of mental illness.

Maybe it’s more subtle and subconscious, propelled by a younger and more dauntless generation’s memes and hashtags that pervade social media and point to a very important truth: that we are alike in our stories of struggle, if only we could release those stories so tightly bound to our shame.

An endless number of dialectics could be formed around the portrayal of mental health in cinema, or in art more generally. For one, these representations run the gamut in their effect on culture: from regressive and pernicious to unifying and ultimately therapeutic. But who gets to decide which is which? If our experiences are similar but unique, who determines what resonates?

Perhaps it requires a more gentle and nuanced approach, like our aspired approach to mental illness itself. It’s through that prism by which we look back at films from the annals of the Sundance Film Festival that have in some way humanized—even if by only shedding light upon—the challenges and often isolating battles so may face on a daily basis.

Learn more about Mental Health Month and how to get involved here. P.S., if you or someone you know is in distress or having suicidal thoughts, don’t hesitate to call the National Suicide Prevention Lifeline at 1-800-273-8255.

The refreshing thing about Oslo, August 31st is that it’s impossible to reduce it to a film about drug addiction. Joachim Trier’s elegiac portrait paces with quiet despair, and though it can’t undo all of the facile representations of addiction before it, it’ll be damned if it doesn’t try. Without digressing on the comorbidity of substance abuse and mental illness, there is a softness in Trier’s treatment of his lead character Anders (Anders Danielsen Lie), who is suffocated by his inability to connect with the world as he approaches the end of a rehab course. Oslo is not expressly about drug addiction or mental illness; it’s about what it feels like to scream for help from the rooftops, but finding that you’ve lost your voice.

Based on writer and director Marti Noxon’s early battles with anorexia, To the Bone takes an empathetic and incisive look at the realities of the illness and its avenues for recovery. From the Sundance film guide: “Television veteran Marti Noxon brings her aptitude for storytelling to her remarkable debut feature, tackling the challenges of self-esteem with a refreshingly humorous—yet painstakingly honest—voice. Featuring a career-making performance by Lily Collins, and pitch-perfect supporting roles by Keanu Reeves, Carrie Preston, and Lili Taylor, To the Bone subverts expectations at every turn with its razor-sharp script, and its undiluted look at what young women face in living up to both society’s expectations of beauty, and their own.

Streaming on Hulu with Starz add-on

This is not an inclusion for purposes of some ironic hot take. Instead, Little Miss Sunshine, for all its early oughts accolades, never received much conversation about its Proust-obsessed supporting character Frank Ginsburg, played by Steve Carell. Frank is only included in the Hoover family’s now-iconic road trip to a California beauty pageant because he is ordered to be in the company of others following a suicide attempt. Frank’s depressive, wry wit and his subtle improvement throughout the trip present a hopeful subplot that reveal no depths are too immense to emerge from.

From the 2010 Sundance Film Festival film guide: “James (Ryan O’Nan) returns from Iraq to face a new battle—reintegrating into his small-town life in Texas. His wife (America Ferrera), his mother (Melissa Leo), and his friend (Jason Ritter) provide support, but they can’t fully understand the pain and suffering he feels since his tour of duty ended. Lonely, James reconnects with an army buddy (Wilmer Valderrama), who provides him with compassion and camaraderie during his battle to process his experiences in Iraq. But their reunion also exposes the different ways that war affects people—at least on the surface.”

From the TK Sundance Film Festival film guide: “Mariel Hemingway, granddaughter of Ernest Hemingway, strives for a greater understanding of her family history of suicide and mental illness. As tragedies are explored and deeply hidden secrets are revealed, Mariel searched for a way to overcome a similar fate.”