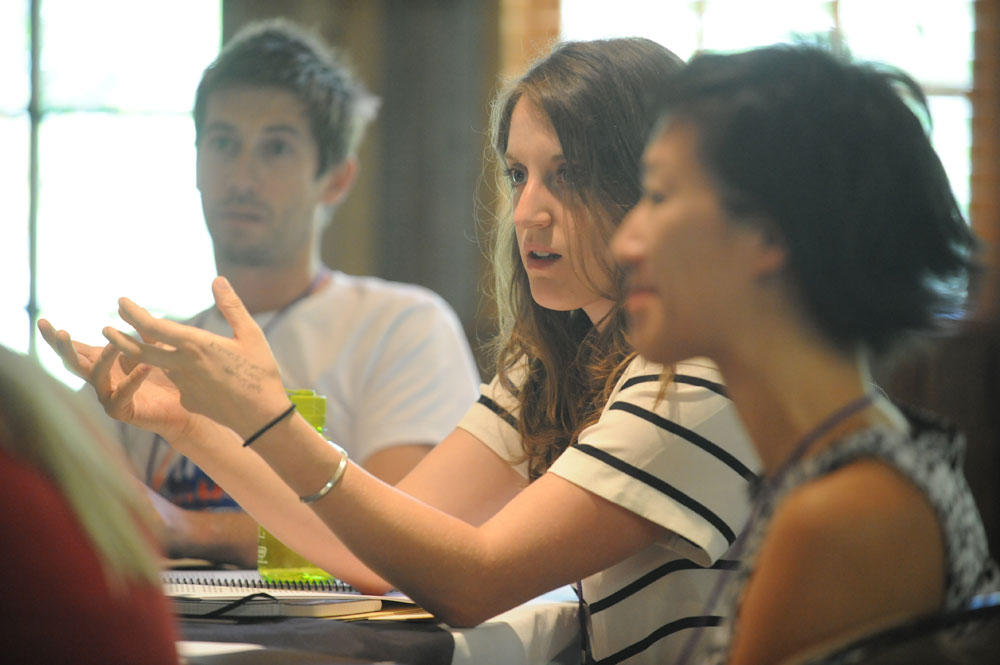 The film business is preoccupied with lists. What other industry spends half of the year doling out awards and rankings? There are the public lists: the top ten’s, the best of’s, the critics’ picks, the shortlists for awards, the awards themselves. The industry lists: X’s to watch, Y’s of the year. There are grants to be won, festivals to be accepted to, and… labs.

A few years ago, I got onto a list. A junior producer with one feature credit to my name, I was one of five Fellows of the 2010 Sundance Institute Creative Producing Lab. Years later, on the eve of a fresh wave of applications, acceptances and rejections, I’ve been asked to write about my experience. In the spirit of lists, here is another one. With applications now open for the 2015 Creative Producing Lab and Fellowship, here are the five stages of the lab process.

Conspiracy theorists, rejoice; you are right. Sundance Institute is a club of tasteful landscaping, special access, private introductions and sneak previews. You get a badge; you get a room; you get folders with your names printed on them. As the airport shuttle pulls into the driveway, you can almost hear the pine trees whispering: ‘Welcome to the Inner Circle.’ The first evening, you drink with your new peers, bathing in the mystical glow of Robert Redford’s creative vision.

Sleep comes easily, maybe for the first time in a while. This is simply what things will be like from now on. All the insecurity, the struggle, the mistakes to date? Merely a stepping stone to this, the Business Class of life.

You are at a table, in a cabin, surrounded by smart women in summer-weight cashmere. Yet this is a cross-examination, and you are the accused. The Advisors and staff – so friendly the night before, so relaxed – are not time wasters. They have read your scripts, your essays, your personal statements; they have had conference calls about you, and a meeting that morning. They have catalogued the problems inherent to your project. They know everything. And they have some thoughts.

At night, you curl up under the covers, certain that everyone already views your admission here as a computer error, a blip on an otherwise unsullied history of institutional achievement. You were never in Business Class. You were on standby.

Frantically, hysterically, you begin to learn. You are blinded by spreadsheets; deafened by bewildering jargon – “CAMA,” “vig,” “gross corridor,” “negative pickup.” You are certain that you know that you will never, ever understand any of this. Never ever.

You do not sleep.

You look around and realize: these other Fellows, you need them. Commiseration and bonding reach a fever pitch. One-on-one sessions with your Advisors leave you feeling… known. Seen. You hear of their own hardships, mistakes, missed opportunities. You realize that it never gets that much easier. You ask all the questions that you can think of.

You wake up and stumble into your last morning, as awkward and innocent as a baby deer. You have, somehow, absorbed knowledge. There are arrows pointing forward. You search for cell phone reception with which to initiate all your new plans of action. When someone says the word ‘community,’ you get misty-eyed.

Beware: in that van back down the mountain, the weight of expectations will appear on your shoulders. The high of the Sundance Labs — with all the validation, insightful tips, new connections – come with a hangover: now you have to actually DO something.

Alicia Van Couvering was the 2010 Steve Bing Creative Producing Fellow whose film Nobody Walks, written by Ry Russo-Young and Lena Dunham and directed by Russo-Young, premiered at the 2012 Sundance Film Festival and was released by Magnolia Pictures. Her previous producing work includes Drinking Buddies and Tiny Furniture, and she is currently in post-production on Cop Car and Digging For Fire.