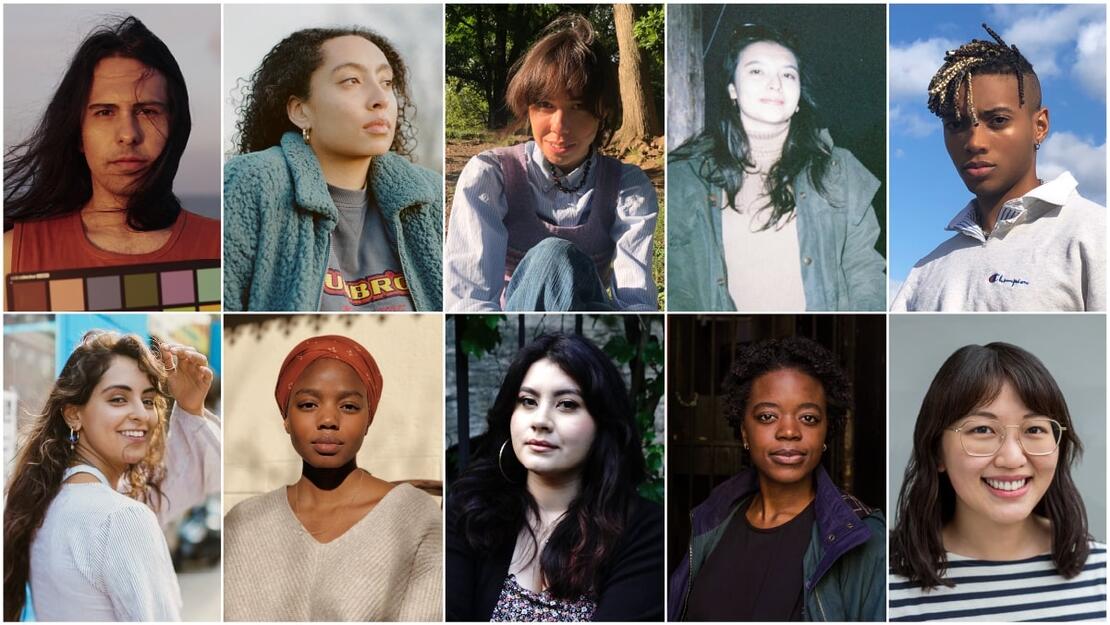 LOS ANGELES — The class of 2021 has arrived: The Sundance Institute and Adobe announced this year’s Sundance Ignite x Adobe Fellows today, chosen from a global pool of more than 1,650 applicants from ages 18–25. Hailing from a broad geography, and rooted in a diverse array of creative disciplines from documentary to fiction, these 10 emerging artists will engage with a year of mentorship and support from the Sundance Institute and Sundance Ignite founding partner Adobe.

Fellows were selected from a one- to 15-minute short film submitted to the Sundance Ignite x Adobe Short Film Challenge, hosted on the Institute’s digital community platform, Sundance Collab. The 10 fellows were selected for their deeply original voices, creativity in storytelling, and rigor of their craft.

The Fellowship centers artists in its curriculum, with a goal of supporting each fellow as they continue their respective artistic and professional development as filmmakers and storytellers. The fellows will kick off their fellowship year with the digital Sundance Ignite x Adobe Filmmakers Lab, which runs from July 26 to July 30 on Sundance Collab with a particular focus on project advancement and deepening the fellows’ character development skill sets.

In addition to receiving a complimentary year-long membership to Adobe Creative Cloud and Sundance Collab at the Creator level, each fellow will be paired with a mentor for artistic and professional support. This year’s mentors are Festival alumni Andrew Ahn (Spa Night, SFF ‘16), Carlos López Estrada (Blindspotting, SFF ’18, Summertime SFF ’20), Jacqueline Olive (Always in Season, SFF ’19), Nico Opper (Try Harder!, SFF ’21) and Hannah Pearl Utt (Before You Know It, SFF ’19).

“These artists are at the forefront of a rising generation of independent creatives, at a time when the world is reimagining ways to tell stories and reach audiences,” said Toby Brooks, Senior Manager of the Institute’s Ignite program. “Such bold work is the foundation of very promising filmmakers, and I’m so excited to lift them up — and to see what comes next.”

“At Adobe, we believe in creativity for all. The world needs more diverse voices, because we all benefit when more perspectives are shared,” said John Travis, Vice President, Brand Marketing, Adobe. “Especially for the next generation, it’s critical they see diverse creators like themselves. We are proud to partner with the Sundance Institute to create greater opportunity for emerging filmmakers.”

To date, 80 fellows have gone through the program, and 10 alumni have had their short films selected to screen at the Sundance Film Festival; alumni have also been selected for the Institute’s signature labs and materially advanced sustainable careers across multiple disciplines.

Sundance Ignite is supported by Adobe; Arison Arts Foundation; Southwest Airlines; and The Birth of a Nation Fellowship, founded by the creative and producing teams of the film.

Juanita is a filmmaker from Bogota, Colombia, based in Atlanta, Georgia. Her films and documentaries explore the personal and subtle moments of family life with a focus on social commentary. When she’s not directing or writing her own films, she enjoys working as a camera assistant.

Justice Jamal Jones is a filmmaker and actor from Omaha, Nebraska, a graduate of NYU, and founder of Rainbow Farm Productions. As a Black Queer alchemist, they integrate Black Feminist Queer theory into their art, alongside Black diasporic spirituality. Their debut film, How to Raise a Black Boy, has won numerous awards, and they are developing their first feature, Crossroads Blues.

Dylan Gee is a half-Chinese, half-white filmmaker. In 2019, she graduated from NYU’S Tisch with a BFA in Film + Television Production. Through film, she’s interested in making sense of the absurdities around us. Dylan currently works at Anonymous Content and formerly worked at Angry Hero Entertainment. She’s working on an upcoming short and writing her first feature-length film. She’s also obsessed with chess.

Natalie Murao is a yonsei (fourth-generation Japanese Canadian) filmmaker from Vancouver. She received a BFA in Film Production from Simon Fraser University. Her work aims to expand the notion of Asian diasporic cinema by creating an “in-betweenness” of styles that embody the diaspora itself. Natalie’s films have played at TIFF Next Wave Film Festival, Palm Springs ShortFest, and more.

Diego Bragà is a nonbinary artist which began their studies through dance. Them lock themselves in the office and dances frantically everyday. Diego received a lot of Love from their Ancestors, one of them dressed as a witch and chased them around the house. Diego tries to listen to the Universe, striving for a fluid, magical and beautiful future ahead.

Karina Dandashi is a Syrian-American Muslim writer, director, and actress based in Brooklyn, New York. Her films aim to explore nuances in identity through family, religion, and culture in SWANA and Muslim communities in America. Karina is the 2021 Silver Sun Diverse Voices Filmmaker Fellow at the Jacob Burns Film Center. She is currently writing her first feature film.

Lindiwe Makgalemele is a Botswana-born South African filmmaker. She is a graduate of Harvard University currently completing a master’s degree at the University of Oxford. Her short film The Town has just begun its festival run. Lindiwe is interested in stories that celebrate the small, intimate, and spectacular moments that make up people’s lives, particularly those of Black and African women.

Maliyamungu Gift Muhande is a New York–based Congolese filmmaker and artist. Her short film Nine Days a Week, a portrait of iconic street photographer Louis Mendes, was selected by the National Board of Review and screened at DOC NYC in 2020. Maliyamungu is currently creating an intimate and collaborative documentary with a group of students from Monticello, New York, titled Near Broadway.

Marilyn Oliva is an independent filmmaker and recent Northwestern graduate whose work explores Latinidad by making experimental and documentary films. Hailing from the Bay Area, she is immersed in and inspired by the art and stories of her diverse Indigenous-Latinx culture. Marilyn currently resides in Chicago, helping nonprofits with their storytelling objectives.

Dubheasa is a South London–based writer, director, and producer working across film and theater. She is a co-founder of failsafe, an arts collective focusing on the importance of embracing failure in the creative process and also aims to bring opportunities to other budding young creatives.

As a champion and curator of independent stories for the stage and screen, Sundance Institute provides and preserves the space for artists in film, theatre, film composing, and digital media to create and thrive. Founded in 1981 by Robert Redford, the Institute’s signature Labs, granting, and mentorship programs, dedicated to developing new work, take place throughout the year in the U.S. and internationally. Sundance Co//ab, a digital community platform, brings artists together to learn from each other and advisors, and connect in a creative space, developing and sharing works in progress.

The Sundance Film Festival and other public programs connect audiences and artists to ignite new ideas, discover original voices, and build a community dedicated to independent storytelling. Sundance Institute has supported such projects as Clemency, Never Rarely Sometimes Always, Zola, On the Record, Boys State, The Farewell, Honeyland, One Child Nation, The Souvenir, The Infiltrators, Sorry to Bother You, Won’t You Be My Neighbor?, Hereditary, Call Me By Your Name, Get Out, The Big Sick, Mudbound, Fruitvale Station, City So Real, Top of the Lake, Between the World & Me, Wild Goose Dreams and Fun Home. Join Sundance Institute on Facebook, Instagram, Twitter and YouTube.