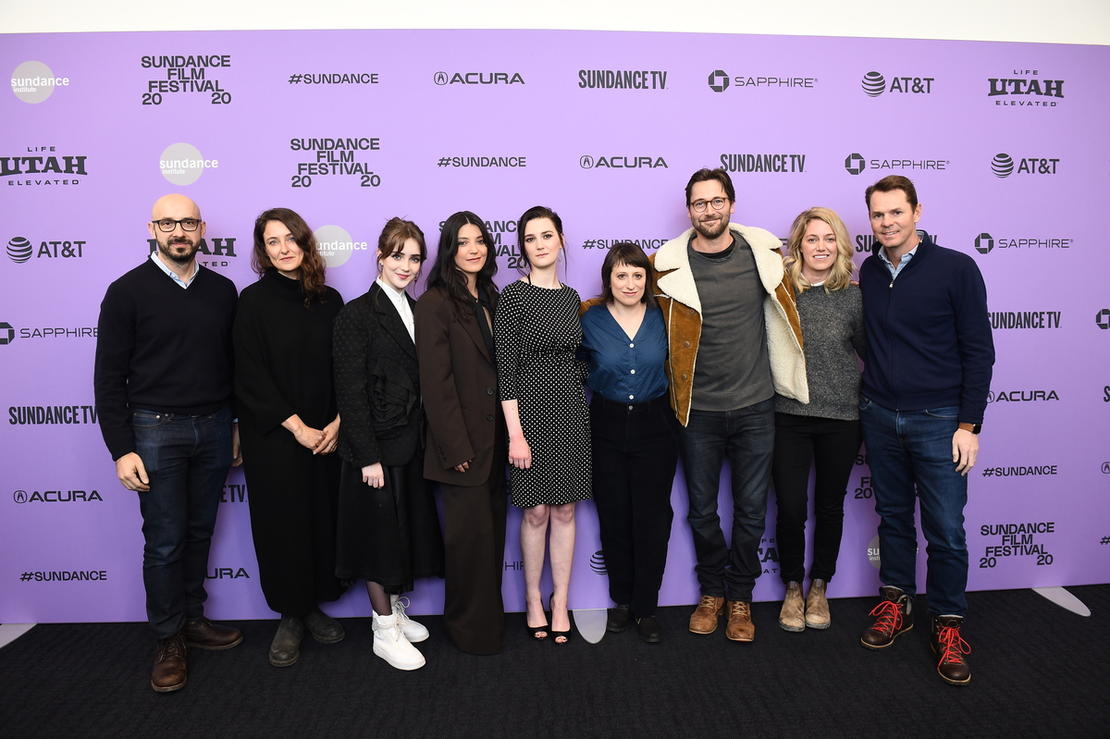 Less than three months ago, the team behind Never Rarely Sometimes Always was in Park City premiering the project at the 2020 Sundance Film Festival, where it won a Special Jury Prize for Neo-Realism. Eliza Hittman’s incredibly moving, visceral film—about two teenagers from rural Pennsylvania who travel to New York City so one of them can get an abortion—went on to win the Silver Bear in Berlin in late February ahead of the film’s theatrical release on March 13. Just a few days later, movie theaters around the country started closing due to the growing threat of COVID-19.

I caught up briefly with the film’s producers, Adele Romanski and Sara Murphy (who run PASTEL with Moonlight director Barry Jenkins), over the phone to chat about the film and what the past couple of weeks have been like for their team now that life in America—and in much of the world—has come to an unprecedented halt. As Romanski and Murphy rightfully point out, the film still feels like urgent viewing in a time when conservative states are making moves to eliminate access to abortion, deeming the procedure “non-essential” alongside procedures like cosmetic surgery and elective dental work.

Focus Features has opted to begin streaming Never Rarely Sometimes Always via video on demand, and you can start watching the film today, April 3, on platforms like Prime Video for $20 (currently discounted to $16.99).

[Ed. note: This conversation has been edited for clarity and length.]

First of all, I’d love to chat a bit about how you two got involved with Eliza on this project.

ADELE: We’ve both been fans of her and admirers of her work since she debuted her first film, It Felt Like Love, at Sundance. Flash-forward to a few years back when we were coming together and forming our own production company, PASTEL, and talking about, “Outside of the work [PASTEL partner] Barry Jenkins is doing, who are some of the other filmmakers that we want to be supporting?” and Eliza was definitely at the top of that list for us.

What is it about Never Rarely Sometimes Always that stood out to you?

SARA: Part of it, like Adele was saying, is that it is so filmmaker-driven. I mean, Eliza—especially considering the material—is sort of an uncompromising voice. Just her way into telling this kind of story is ultimately going to be different and new and personal and intimate in a way that I think we thought was vital.

The subject matter, of course—as women, as female filmmakers—is something we felt is a story that needs to be told today. It’s only becoming more and more relevant, unfortunately, and remains so even right now, amidst this COVID-19 stuff when clinics are being closed in certain states because these procedures are being deemed not essential. It’s an interesting time to be releasing this film on the platforms, because it’s only that much more important.

Right. I’m also kind of curious, because it feels like the film was only in theaters for a few days before a lot of theaters started shutting down [mid-March]—how quickly did the decision start happening to move the project to on-demand streaming?

ADELE: It feels like the last three weeks have gone by in a blink, as everybody has been very quickly working to adapt in all aspects of our lives to this new paradigm of a pandemic. The week when the film came out was right around the time where everything felt like it dramatically shifted, and quickly—where we went from everybody thinking this was going to be largely manageable. That Wednesday night I think was the night that Trump gave the speech closing travel from Europe, etc., etc. It all happened very, very quickly. How would you categorize that shift for us, Murph?

SARA: We wanted to keep the momentum of the film going; it had such incredible momentum, coming off of Sundance and coming out of Berlin. The press, the interest and the critical acclaim was so great and so wonderful that it felt like we didn’t want that to be a victim of the pandemic. How [would we] keep it going, and at the same time in a graceful way? Is this something audiences are going to seek out on the platforms? [We were] making decisions on a daily basis in real time, pivoting and shifting and feeling like we could take advantage of the momentum because it’s an important film to see now.

ADELE: I guess I would add that we made the film for as many people to see as possible—that was always the intention behind supporting the film. I think no one ever imagined a scenario in which movie theaters close and box offices went to zero, so it was hard to be anticipatory of that moment, but once that became the reality, everyone mobilized to pivot very quickly to “Where are people?” People are now in their homes, so how do we get the movie to people in their homes? Because to Sara’s point, it is as urgent as it was when the Supreme Court was hearing cases, and it is equally as urgent now that conservative governors are seizing on the opportunity to declare abortions as non-essential medical procedures.

Oh, yeah. How long ago did you guys get involved with the project? Because I know Eliza had been working on it as far back as 2012 or 2013. I was curious about those governmental policy shifts you might have seen as you worked on the film.

ADELE: I think we were casually aware of the idea that Eliza was working on, just through friendships and personal relationships. She and our partner Barry Jenkins were going through the same Cinereach incubator program, and this is one of the stories that she was exploring. She went from that point and made Beach Rats, and of course we love that movie too, and as we found ourselves in a new political climate and under a new president, [it] became very, very clear to Eliza that it was time to revisit it. I think we formally started working on it … help me, Sara …

ADELE: I don’t know. I do know that once Eliza decided she was ready to tell the story and tell the story now that it did come together fairly quickly as these things go. I think for us, that was very much driven from a belief that it’s an important issue—there’s no cause to delay getting the story out there, so let’s go. I think we were very fortunate to find all the right partners who were aligned in that perspective.

How has it been watching the audience reaction and the critical reaction to the project since it premiered at the Sundance Film Festival and since it won the Silver Bear in Berlin?

SARA: I think it’s what we hoped—I think people are connecting to it in a very visceral way, and I think it’s because Eliza’s approach is so personal. It’s not waving a political banner; it allows you to emotionally attach yourself to this young woman and a very individual journey that hopefully helps it transcend any political bias.

Were there any obstacles you feel like you encountered in producing the film, in regard to the subject matter?

SARA: I feel like with any good story worth telling, it’s a challenge when you’re pushing against what people know and what people want and what people expect. A small abortion story with no movie stars is not an immediate sell, but I think [we had to] just continue to impress upon [others] the importance of it. And also there’s a great excitement for Eliza in the film—her growing as a filmmaker; we were fortunate to find some amazing partners.

ADELE: And we were sensitive in production about how we presented the filming and what sort of information we made available in the same way that most productions exercise caution around confidentiality, but I think we were a little bit extra careful, only because it is, we know, such a polarizing issue, and we just wanted to make sure that we kept the cast and crew and everybody else involved as safe as we could in that respect, and we never had an incident.

Eliza Hittman’s film Never Rarely Sometimes Always is now available via VOD; you can watch it on platforms like Prime Video for $20 starting today.