In Focus: Stephen Gong on Transforming Equity in Storytelling Across Platforms 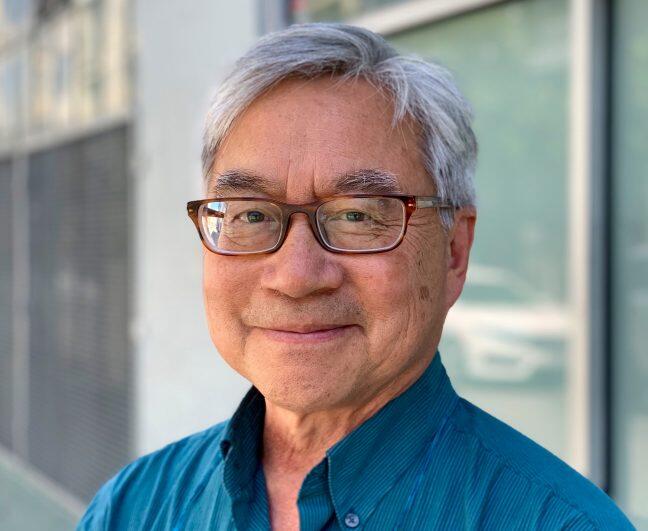 Stephen Gong is the executive director of the Center for Asian American Media.

May is Asian American and Pacific Islander Heritage Month, an opportunity to recognize the long line of visionary storytellers who have contributed to the independent film canon over the years — and an opportunity to underline the richness and diversity of Asian diasporas in the United States. To celebrate the month, we introduced a new series called In Focus, in which we turn the spotlight on our friends at AAPI-led arts organizations around the country. In previous editions, we talked to Visual Communications’ Francis Cullado and Pacific Islanders in Communications’ Leanne Kaʻiulani Ferrer; this week, we close out the month with Stephen Gong from the Center for Asian American Media.

For four decades now, CAAM has worked to present stories that convey the richness and diversity of Asian American experiences to the broadest audience possible, and it has done so by funding, producing, distributing, and exhibiting works in film, television, and digital media. Its many programs include dynamic documentary programs that air on public television, as well as CAAMFest, the world’s largest showcase for new Asian American and Asian film, food, and music programs that takes place in San Francisco and Oakland every May. (This year’s festival, presented virtually as well as via drive-in screenings, just ended! See the highlights here.)

Gong’s ties to the nonprofit go back to the very beginning of the organization’s history, and he has been its executive director since 2006. Read on to learn more about Gong and the work that the Center for Asian American Media is doing, and make sure to follow the organization on Instagram, Facebook, and Twitter for more updates.

What inspired you to get involved with the Center for Asian American Media? Was there a particular moment or impetus?

CAAM was founded in 1980 to address the absence of authentic representation of Asian Americans in the media. I was at the founding conference on a funding panel as a representative of the National Endowment for the Arts. I was excited by the energy, but I couldn’t have imagined what this would all lead to some 40 years later, or that I would be the executive director.

As an affiliate partner, we had a space in the virtual Festival Village, and presented Masashi Niwano, our festival director, in conversation with Debbie Lum, whose doc feature Try Harder!, supported in part by CAAM, premiered at this year’s Sundance Film Festival. We also presented a panel with our friends at A-Doc, the Asian American Documentary Network, on The Invisibility of Asian American Documentaries, moderated by Don Young, our director of programs. I think the title of the panel speaks volumes about a situation we are determined to address. And I should add, the invisibility extends to most aspects of Asian American participation, not just docs, but that is changing.

I’m tempted to invoke the debunked aphorism that the Chinese written character for crisis contains within it the word for opportunity. Instead, and assuming your reference is to leadership in the film culture space, I’d just say that some barriers have been removed to greater creative participation, and that the next decade will be critical in determining how much we can transform equity in storytelling on all platforms, and perhaps how storytelling can accelerate equity within society.

The past several years have been horrible, and the progress achieved in spite of the racial animus is still quite fragile. But there’s no doubt that the Asian American community has been galvanized in a way we haven’t seen since the killing of Vincent Chin in 1982. The attacks on the Asian American community — as with the murder of George Floyd — are catalyzing deeper intersectional collaboration. The commitment to something larger than oneself, and to greater justice in the world, that is something we must hold fast to, individually and institutionally.

Can you share more about the National Multicultural Alliance, and the role you play in being at the forefront of bringing representation of your communities to public television?

Thank you for asking. Yes, the NMCA is comprised of five separate and distinct nonprofit organizations (Latino Public Broadcasting, Vision Maker Media, Black Public Media, Pacific Islanders in Communications, and CAAM) who are supported by the Corporation for Public Broadcasting to ensure diverse content for public television. We not only provide critical production support for documentary films, we also have filmmaker development programs, and deep connection to our respective communities. It’s a remarkable and far-sighted public investment, and I think that in terms of news, information, and social-issues documentary, public media — including the work of the NMCA — has never been as vital and necessary as it is for this moment.

What are some of your favorite films or projects that have come through your organization this year?

The five-hour series “Asian Americans” first aired on PBS in May of last year.

Our five-hour public television series, Asian Americans, co-produced with WETA, tops the list, and we are very excited by Debbie Lum’s Try Harder, and Ursula Liang’s Down a Dark Stairwell.

Knowing the distinct differences between Asian Americans and Pacific Islanders, how do you feel about the AAPI label?

I accept the need of aggregated census data as a tool by which to recognize and measure inequity in broad strokes, but I feel the Pacific Islander community deserves its own specific demographic agency.

We are about to release the Hindsight Project, a diverse series of short films from the American South, made during the pandemic and reflective of this moment of racial reckoning as well. It’s a collaboration with Reel South and Firelight Media, and we couldn’t be prouder of the filmmakers’ work, and the importance of elevating diverse voices in all parts of the country.

Reach out to us at caamedia.org.