Calling All Creators to Apply for the YouTube New Voices Lab 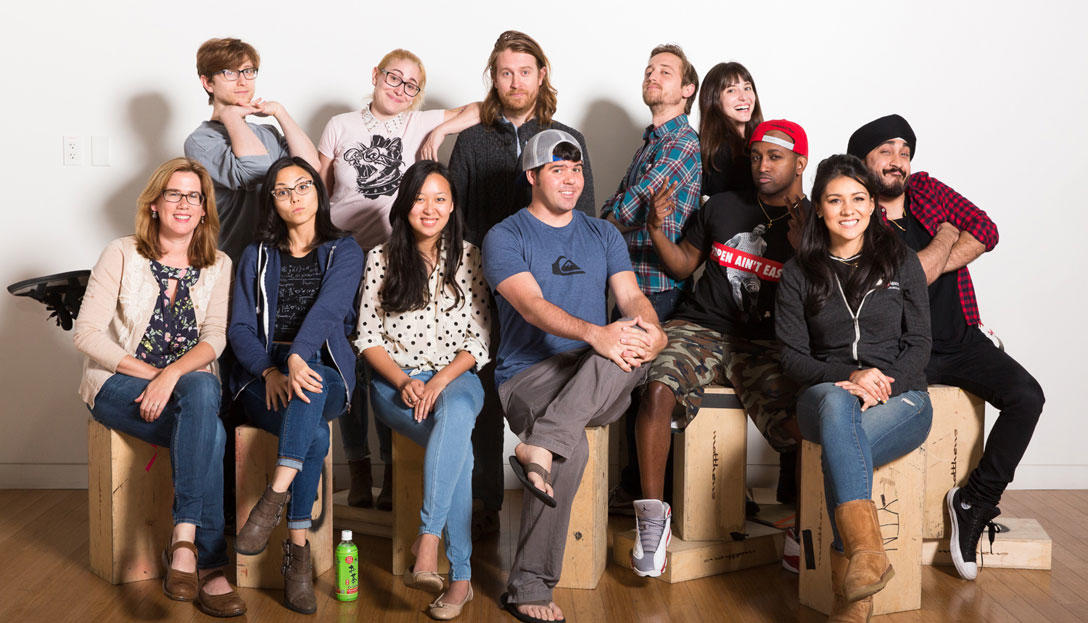 Sundance Institute is seeking applicants for the YouTube New Voices Lab set to take place November 10-12, 2016, at YouTube Space Los Angeles. The Lab is designed to support a group of 10 creators, developing scripted short-form episodic content for digital platforms (up to 25 minutes in length per episode). Click here to apply.

Below, Anna Akana details her experience taking part in the YouTube Creators Intensive earlier this year.

When Youtube asked me if I’d like to participate in their first ever Sundance Institute | YouTube Creators Intensive, I immediately jumped on board. Three days at the Sundance Film Festival, with a curated itinerary made specifically for its 8 Fellows, coupled with three days of a creative workshop at Youtube Space LA? Yes, please.

I’d never been to the Festival before, but it was everything I thought it’d be. Panels with prestigious directors, viewing film after film, shuffling through ice and slosh and excitedly discussing the virtual reality booths and what that meant for the future of our industry. Most of us just tried to process the film we had just seen before diving into the next one. We all agreed that this portion of the Intensive was soaking everything in, learning from the techniques of the artists who’d made it into the Festival, dissecting what we thought the particularly artistic ones meant. We left the whirlwind of Q&As, parties, panels, and snow reinvigorated and ready to dive into our own projects.

Back in Los Angeles, we worked on our pitch documents. Each of us had a one-on-one call with our collective Sundance and YouTube staff advisors. They’d read over our initial pitches and asked the hard and heavy questions. What was the point of our story? Were these the right characters to be in them? What was each person’s arc? What were the themes being discussed? I got off the call thinking that these were all fantastic questions, and that by the time the Intensive rolled around, I’d better have the answers.

The three days of the Intensive were by far my favorite. Absorbing knowledge is one thing, but putting it to practice helped cement the lessons being imparted to us. We had story workshops, directing workshops, panels with a slew of Creative Advisors comprising producers, directors, writers, showrunners, executive producers, actors, and more. We were given the opportunity to have one-on-one sessions with Creative Advisors picked out specifically for us, who then gave us some invaluable insight into our projects.

A friend recently asked about my experience at the Creators Intensive, hoping to attend next year: “What did you learn? I mean, what does it do?”

My response: “At the Festival, you’re surrounded by creative people for three days straight, completely immersed in consuming other people’s creativity. Then you’re brought back together again for another three days to focus on your own creativity, all while being supported, challenged and pushed by a group of other established creative people. You’ll learn so much about not only the art of making film and television, but how much you don’t know. It’ll reinvigorate your creativity, and if you’re lucky, you’ll come out as a part of a family.”

Because ultimately, that’s what I think this program does. It cultivates a community full of resources for people like you—people who want to be working in this space. It’s supportive, it’s encouraging, and it gives you the tools to succeed.

Some things I learned:

Anna Akana is an actress, comedian and filmmaker most known for her online weekly show with 1.4 million subscribers. As an actress, you can see her in the films Ant-Man and Hello, My Name Is Doris, or on Comedy Central’s Corporate.