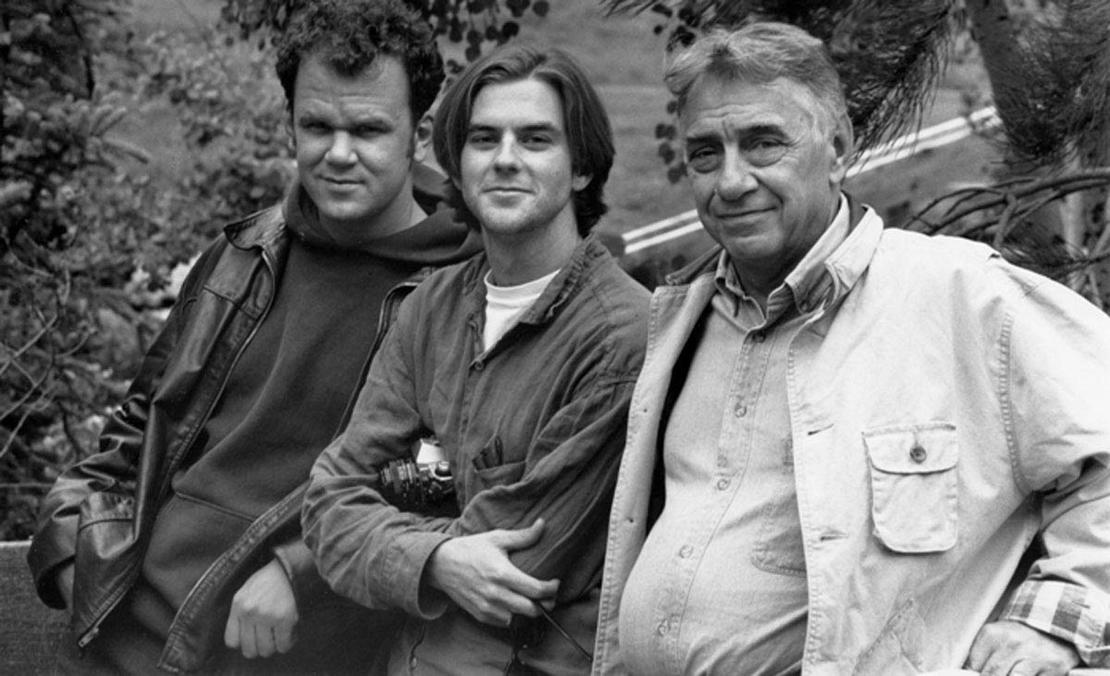 And the labs aren’t just on writing or directing (though we have those, too)—we have labs for everything from creative producing to composing music for film to working with VR and new media. Check out all of our artist opportunities here.

To kick off this year’s lab season, we thumbed through our archives and picked a few of our lab “graduates” who have gone on to do amazing things—who you might not have known ever went through an Institute lab in the first place.

Cuarón is a longtime Sundance Institute alum, attending our 1993 Mexican Screenwriters Lab with his project Strawberry Kiss; screening multiple films at the Festival, including Y Tu Mamá También; and serving as a creative advisor during the Directors and Screenwriters Labs and as a juror for the Festival.

In 2014, he became the first Hispanic and first Mexican filmmaker to win the Academy Award for best director with his film Gravity, and this year he won Academy Awards for best achievement in both directing and cinematography, among several other awards, for his film Roma.

The award-winning director of Black Panther and Creed worked on his first feature film project at Sundance Institute not too long ago: in 2012 he was a part of our Screenwriters Lab, and the screenplay he workshopped became the feature Fruitvale Station, which premiered at the 2013 Sundance Film Festival and went on to win both the Dramatic Audience Award and Dramatic Grand Jury Prize.

Long before he directed Mother! or The Fountain, Darren Aronofsky’s directorial debut, Pi, premiered at the 1998 Sundance Film Festival and won the Festival’s Directing Award. Later that year, he was a part of our Screenwriters Lab, working on his film Requiem for a Dream. And of course, his 2010 film, Black Swan, was nominated for multiple awards, including an Academy Award, a BAFTA, and a Golden Globe.

Gina Prince-Bythewood developed her first feature film in our Directors and Screenwriters Labs in 1998, and two years later it premiered at the Sundance Film Festival as Love & Basketball and won the Film Independent Spirit Award for best first screenplay. She went on to write and direct the award-winning film The Secret Life of Bees, and at the 2018 Festival she was featured in a documentary called Half the Picture, serving as one of many female filmmakers who shined a light on gender disparity in the industry.

Debra Granik at the Leave No Trace premiere during the 2018 Sundance Film Festival. © 2018 Sundance Institute | Photo by Stephen Speckman

Debra Granik went through three labs with Sundance Institute: first the 1999 January Screenwriters Lab, then the Directors Lab and June Screenwriters Lab later that same year. The project she worked on during the labs evolved into the short film Snake Feed, which further evolved into her first feature-length film, Down to the Bone. She went on to write and direct Winter’s Bone, which won the Sundance Film Festival’s Dramatic Grand Jury Prize and for which she was nominated for an Academy Award for best writing of an adapted screenplay. Her most recent film, Leave No Trace, premiered at the 2018 Sundance Film Festival.

Nearly 10 years before directing True Detective, Cary Fukunaga won an Honorable Mention Short Filmmaking Award during the 2005 Sundance Film Festival for Victoria Para Chino. He attended the Directors Lab with Sin Nombre in 2006, which then premiered during the 2009 Festival, winning both the Directing Award and Excellence in Cinematography Award.

Paul Thomas Anderson’s debut was his short film Cigarettes and Coffee, which premiered at the 1993 Sundance Film Festival. After the short, Sundance Institute invited him back for the 1993 Directors Lab, where he worked on his film Sydney, later renamed Hard Eight, which eventually premiered at the 1996 Festival. From there, Anderson went on to direct many multi-award-winning films, including Punch-Drunk Love, There Will Be Blood, The Master, and Phantom Thread.

This story was originally published in May 2019; it has since been updated. For more stories like these from our archives, follow our Tumblr at sundancearchives.tumblr.com.