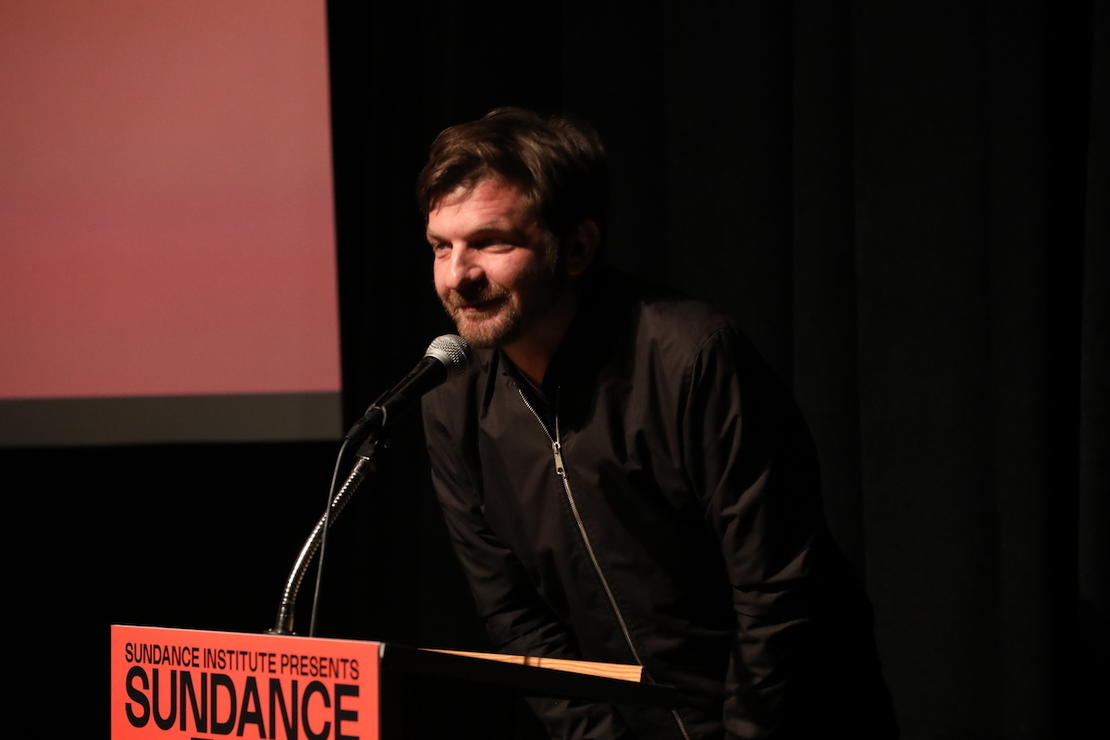 Director of programming Kim Yutani said that within days of the first time she watched Exil, it was invited to the Festival. “This is a very rare thing to happen because we get so many [submissions], but there are certain films we know we want early. … This filmmaker has a real skill at building tension and really getting inside the mind of an outsider.”

Tension is right. The film begins with Xhafer (Mišel Matičević), a man from Kosovo who now lives in Germany, coming home to a dead rat hung on his front gate. As he tries to figure out who did it, the tension eats away at him during encounters at work, where his otherness is pointed out at every turn in maddeningly subtle ways. When he explains to his native German wife (Sandra Hüller) how he is being treated, she doesn’t grasp the magnitude of the harassment, saying that it can’t be that bad since he doesn’t look like a foreigner.

The film holds you in the balance of uncertainty as clear answers are withheld, and it seems as if Xhafer is trapped in a single moment. Director Visar Morina said that is partly why he decided to keep the wardrobe the same for every single character, as the day seems to repeat itself over and over. The music also contributes to the tone of ambiguity. “We didn’t want the music to tell you what to feel,” said Morina. “We considered it as a dance with the image, not taking care of the image. It comes when it wants and it leaves when it wants.”

When asked if this story is based on his own life, Morina explained that the specific plot points are not based on reality, but “it’s hard to imagine working on something for so long without having a personal connection.” He came to Germany when he was 15, so he is “very connected to most of the feelings” experienced by Xhafer.

But even though the whole premise of the film is about very real feelings experienced by newcomers to Germany, Morina says he is still very fond of his country.

“There are many things bad about Germany, like every country, but I came as a refugee, we got enough money to make this film, I got a Lola (a German film award) for the script, and [we got money from] each foundation we asked. Germany is changing lately. It sounds weird saying this, but I think it speaks for the country.” The film, he said, will be shown at the Berlinale in a few weeks.