Why We Chose to Self-Release ‘NUTS!,’ a Film About Goat Testicles and So Much More

I’ve been producing and investing in independent films since 2009. It took me less than five months before I was first introduced to the concept of self-distribution on a very basic level. Then it seemed to appear almost everywhere. I’d like to say roughly one out of every five decks I’d review would have a section about their release strategy and the budget required to execute it.

When you get close to a thousand pitches a year (which sometimes happens when you’re an investor), you start to notice trends. One I noticed frequently: the budget was always exactly $250K or $10M. This seemed, well, odd.

It was then that I really began to explore the viability of self-distribution. Years of research and conversation have finally culminated with the release of Penny Lane’s film NUTS! Watching theory evolve into practice has been an exciting endeavor, and over the course of this series we’ll discuss whether this emerging trend of filmmakers and producers acting as their own distributors is possible and/or sustainable.

It was 2010 when I self-distributed a feature film for the first time, but I didn’t even know it. Partially because “self-distribution” wasn’t really a cool term to throw around so it was never even called that.

We had gone in and out of one of the softest Sundance markets in history. We entered the fest with a deal in hand, from Paramount Pictures of all companies, for our VOD and DVD/Bluray rights. But that wasn’t enough to find a partner to service theatrical.

Our saving grace was one of our producers who, by happenstance, had begun an upstart distribution company of his own. He discussed the idea of footing the bill for theatrical, which Paramount approved. Well, as long as we still kept their logo as the front credit. The planned budget for our theatrical release was $250K.

It worked at first. We had a more than respectable $22.7K per screen average in our opening weekend. But things dropped instantly to a $1,800 PSA before ending our run after 3 weeks. We then watched as the film held a Top 10 on iTunes spot for 7 weeks straight before all going our separate ways.

In 2011 I had a call with the late producer and distribution executive Susan Jackson. I was concerned about the sales numbers on a film that I had invested in. Our first offer was a little over .5% of the total budget. However, by the time I got on the phone with Susan, this number had gone up to 5%. Most people on the project were still concerned about how low these offers were. I, however, was concerned why they were so high.

Normally when the offer on your film increases by 10x you jump for joy. But we’re talking about a film that was valued at nearly zero. Maybe we were just lucky to have started a penny stock bidding war. That could’ve been the case, except that we only ever had one bidder on the film. It was the same bidder who kept increasing their offer.

In game theory you’re supposed to always assume that the most logical outcome wins. The decision by this bidder to bid against itself by all means was illogical. When this occurs, it means you don’t know all the rules of the game. So I spoke to Susan Jackson to learn them.

Susan had launched Freestyle Digital Media roughly a year earlier. Her company, Freestyle Releasing, had seen success in servicing distribution for higher profile films. Her newer play, though, made her one of the first companies to strike a deal directly with the Ad-Supported and Subscription Video on Demand platforms (AVOD and SVOD, respectively). Her past experience gave her pipelines for DVD/Bluray on par with the major studios. She had secured every relationship you would have if Universal were to acquire your film.

But there was a catch: you usually had to bring the money to the table yourself. It’s actually not a raw deal if you can afford it. In fact, it’s probably one of the best deals you could take if you can. You receive a major, multiplatform release, keep your rights, and receive the lionshare of the upside. In short, you’d hire Susan and have a mini-major studio service your self-distribution.

I asked her about this one-man-band negotiation I was experiencing. She told me it was just proving what the film was really worth. The distributor was ultimately revealing how much they would allow their margins on this deal to shrink. At a minimum the distributor knew a title, any title, was worth X. If the acquisition exec hit a margin of at least Y, and the bid on the film was set at Z, then as long as X minus Z was greater than or equal to Y who cares if the bid was $100,000 or $1,000,000. You’d hit your margin and your corporate parents would be happy.

So I asked Susan, “What do you think the margin is that the distributor will want to hit?” She said usually two to three times what they were offering us. Of course, there’s no exact science to determining this. Film distribution is incredibly volatile. But these companies were hedging a large part of their bets with output deals to these new AVOD and SVOD players and their old deals with Walmart and Target. So in theory if I were to go to any of these players myself I would make more money than my distributor would give me.

The other producers ended up taking the deal from the distributor (for reasons that will take an entirely separate post to dissect frankly) but the seed was planted in my brain. You will make more money going directly to the platforms. Before I ended my call with Susan I asked her one more question: why does everyone say $250K or $10M? She laughed. “Don’t those numbers just sound about right?”

Affording the Cost of Doing Business

It’s finally 2016. Self-distribution is on the tip of the proverbial indie film tongue. Dozens of labs, seminars, workshops, grants, services, software, consultants, companies, and investors have laid out all the pieces for a DIY based industry. The number of available platforms to distribute your film has grown exponentially and has shown no sign of slowing down. A corner was definitely turned but we still had a long way to walk before we could clearly see what it is that is around it.

Then it all seemed to just punch us in the face. What started as Netflix’s simple pre-buy of a horror film at the 2016 Sundance Film Festival turned into #SVODArmsRace2016. By the end of January, Amazon and Netflix had collectively (and I have to asterisk here with “allegedly”) spent more money acquiring indie films than the rest of the industry combined. Eliminate the festival outlier Birth of a Nation and they spent nearly twice as much as everyone else.

By the fourth day of the festival (less than 48 hours after our premiere) our sales agent, Josh Braun and Submarine Entertainment, received our Amazon offer. I couldn’t believe it. My phone conversation from 5 years prior began to seem like a prophecy. The platforms were starting to work directly with the filmmakers at an unheard of frequency.

With our SVOD rights acquired we then faced a new question as a production: what do we do with the rest of the rights? The exciting news of the deal spread to some of the other distributors at the festival and we began fielding offers to sell off our remaining theatrical, transactional video on-demand (TVOD), and DVD/Bluray rights.

But unlike how most of these conversations go, we would come to the table knowing we had just secured the most lucrative rights in the film distribution package. When we would be approached by a number for an upfront fee, for P&A spend, for theater commitments, we knew we could match it. We had the money. The Amazon deal afforded us the capability to self-distribute if we wanted to. 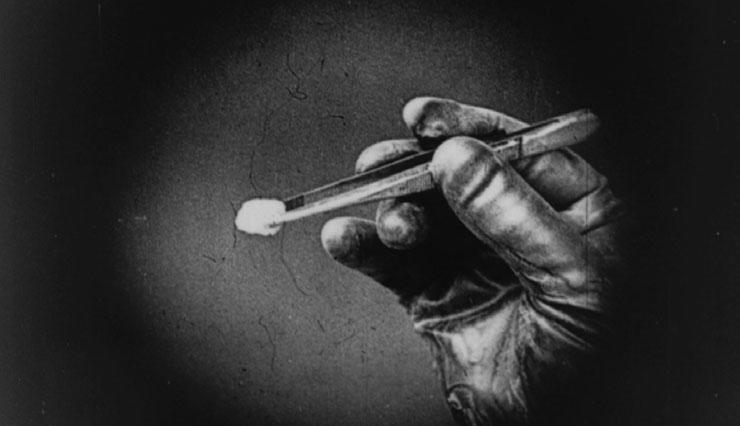 I’m just going to go ahead and say it: We’re on pace to spend about $70K distributing NUTS! for theatrical and TVOD. That’s everything we’ll spend building a team, advertising, transcoding fees for iTunes, translating posters into Japanese, making standee cutouts to place your face on a goat’s body, etc.

Seventy thousand and we have over sixty theatrical engagements booked. Some even international. None of these were four-walled, all of them booked directly with us (or more exactly with our theatrical booker and distribution mentor, Michael Tuckman).

Seventy thousand and we have a TVOD window inclusive of iTunes, Amazon, Google Play, Vudu, BitTorrent Now, and Vimeo On Demand in which we keep 90-100% of the revenue we receive.

Seventy thousand and we had two marketing firms, roughly six publicists, and an advertising budget that worked.

Seventy thousand and we were able to never have to give our rights to anyone else. Ever.

Granted this was an off-beat documentary with goat testicles as one of its major topics, but the Ten Million Dollar Myth was disproved in a major way. Big bucks weren’t needed for a successful release.

Self-distribution still has its own hurdles. Even the idea of $70K to most of you might be too much cost to bear. But there are important trends to take note of that will make things easier.

The first, and most crucial in my opinion, is the explosion of SVOD acquisitions. It’s yet to be seen if Netflix and Amazon will reprise their spending spree. What is known, though, is that next year’s Sundance may see close to a dozen SVOD platforms looking for films to acquire. Even if Netflix and Amazon begin to lower their bids, new entrants (historically speaking) tend to overspend when entering a market in order to establish themselves as players. It’s only a matter of time before we hear about someone like YouTube spending eight figures on an indie feature.

This kind of nice-sized, single right acquisition deal is the perfect foundation for a self-distribution model. It unfortunately still has your film’s destiny in the hands of an unknown third-party that may never emerge. However, the alternative is to either raise funds for distribution alongside your production fundraising, or, after not receiving any significant offers for an acquisition, hope you find an investor quick enough before losing any buzz or momentum you may have already garnered.

Which leads to the second trend: the shrinking cost of self-distribution. We came to our budget based on our desire to go fairly wide with our release. We decided ahead of time that we would not spend more than we were afraid to lose and we never did. There were countless conversations had about cost intensive strategies which we chose to abandon (which I will cover in later posts). You do have the option to not spend too much money on self-distribution, you just need to fully understand what your spend will return.

It’s hard to fully project, but I feel comfortable saying you can spend as little as $10K to self-distribute your film. This would cover a largely digitally-focused release (TVOD mostly) with a handful of theatrical screenings and would require taking on many of the responsibilities associated with this strategy yourself. But it is possible.

Next time I will dive deeper into the specifics of our self-distribution strategy and the team we built to sustain our plan.