Where Stand-Up Meets Story: Hasan Minhaj On the Future of Comedy and ‘Homecoming King’ 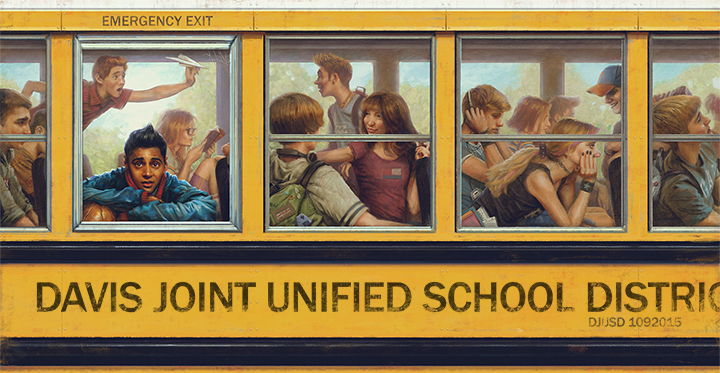 This interview was originally published following Hasan Minhaj’s fellowship at the 2014 New Frontier Story Lab with “Homecoming King” (FKA “Sakoon). It is updated below to coincide with the premiere of “Homecoming King” at New York’s Cherry Lane Theatre.

Comedian Hasan Minhaj has an infectious X-factor. He’s an excellent storyteller and a rising star in stand-up comedy with mentors like Jon Stewart, Norman Lear, and Mike Birbiglia. Minhaj is also actively impacting the discourse around many social issues through comedy, as demonstrated in his PBS documentary Stand Up Planet.

Most recently, Minhaj joined The Daily Show as the latest addition to their roster of on-air talent. In October 2014, he and his collaborator, Greg Walloch, came to Sundance Institute’s New Frontier Story Lab to further develop his one-man show, Homecoming King.

The project he brought to the Lab looks at the complicated and nuanced struggles of the “New Brown Experience” as an Indian-American immigrant that inspires an enlightened approach to dealing with intolerance. Through his participation at the New Frontier Story Lab, he hoped to find a cohesive multi-platform/transmedia design for the stage, film, and online life of the story—with participatory, immersive, and interactive components. Fundamentally, he wants the story and story design to allow his audiences to have the feeling of embodying “sakoon,” meaning “peace of heart and mind.”

We spoke with Minhaj shortly after the lab, during which he went into more detail about his process, experience, and ambitions for expanding his creative practice.

Stand-Up Planet, The Moth, and The Truth with Hasan Minhaj have established you as an innovator in the discipline of comedy storytelling, and you’ve expressed a passion for going beyond the standard two-drink minimum environment for comedy. How do you envision the future of comedy?

To me, stand-up gives you a lot of wiggle room in terms of what you can talk about and what specific topics you can hit and delve into. Because we serve as the court jesters, there really isn’t any sacred ground—we can go in on religion, politics, corporations, because at the end of the day it was “just a joke.”

That being said, I do believe there is this convention in current stand-up comedy where you’re expected to have a certain number of laughs per minute. That doesn’t really do it for me. To me, the deepest laughs come from contextual situations and can come after a story that builds for a few minutes. To me laughter and tears from context is far more powerful than a video of a dude falling down the stairs.

What is the story of Homecoming King? Why is this the story you want to tell at this point in your life and career?

Homecoming King is a solo show based on my life as a first-generation immigrant growing up in Davis, California. It tracks my dad’s departure from India, our arrival to the United States, meeting my sister for the first time, interracial love, and my family’s quest to achieve the elusive American dream.

I decided to share these stories because a lot of personal milestones are happening for me—from getting married to starting a new job at The Daily Show—so this show kind of serves as a culmination of the last 10 years of my personal life leading up to this point.

It’s a multi-platform project that includes a live show, TV broadcast, feature film, and transmedia elements that will connect all the platforms into a cohesive experience for audiences and allow them to participate in the project. What drew you to using these mediums?

I noticed that whenever people go to see a live stand-up special, they would have this experience where they sit down and watch it live, laugh, have a good time, and then immediately forget whatever just happened. And I feel the same thing happens with people watching specials online these days. You watch it and then you’re on to the next thing.

So those moments where a piece of art can sit with you and you can comment or keep the dialogue going needs another home which is why I wanted to add the transmedia elements to the story from original art pieces, to installations, to a website where you can share your own story. To me, the ultimate goal would be for this piece to live on and have other people share their stories with other folks who have seen the show.

The New Frontier Story Lab is a convergence space for storytellers from a wide variety of story disciplines and mediums to collaborate on innovating the art and form of story. What was your experience like as a comedian playing in the “sandbox” with other innovators and technologists?

For one thing, it was so inspiring to see how story is the underlying element in every medium of art. It’s the foundation of a great animation, film, television, comedy set, play, art installation – everything. So even though we all had different paintbrushes, we were all united by the fact that we were trying to tell really great stories. I did draw inspiration from every project in ways that surprised me. They almost came out of nowhere. Little things, like seeing the way some pieces used artwork, or lighting, or themes of redemption were really great and super helpful.

What surprised you about that experience?

There are some freakishly talented people that are doing amazing work around the world in a variety of different mediums. Long story short, I gotta’ step my game up!

What was the most valuable lesson learned at the lab?

You’re never bigger than the process. You have to keep chipping away at it, and it’s not about having your script, or set “perfect.” Every piece of work is constantly breathing, and sometimes needs time to think about and grow. Before the New Frontier Lab, I thought it was important to have the answer in front of you at that very moment. After the lab, I realized it’s better to have an advisor push you and ask you questions to push you in the right direction so you find those answers organically.