#Sundance40th: A Look Back at the Sundance Institute’s 1980s Origins 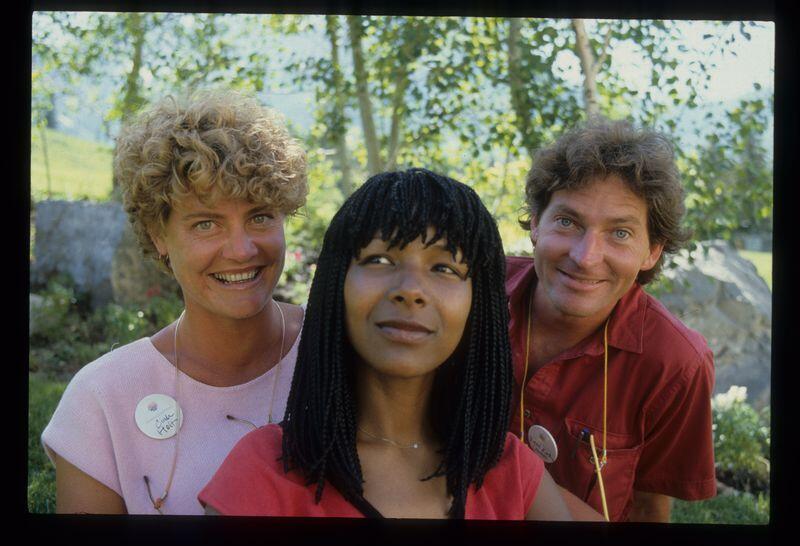 The Sundance Institute’s story begins back in 1981, the year Robert Redford and Michelle Satter launched our signature summer labs with the intent of fostering new voices in American cinema — voices that had rarely been heard within the Hollywood system. That June, they brought 16 visionary emerging filmmakers, along with 34 generous actors and creative advisors, to the mountains of Utah for a transformative experience that has been held every summer since.

“The atmosphere of being up there in the mountains, away from everything in the beautiful valley, with the beautiful mountain and this clear air and the birds and the wildlife, really took away all that stress that you feel in Los Angeles and in the film industry,” recalls Gregory Nava, who was at that first lab with his second feature as a director, El Norte, which was eventually nominated for an Academy Award. “[That] opened the door to a lot of sharing and interchange of ideas that was very impactful and very special.”

To learn even more about the Institute through the years, from 1981 through today, explore our interactive master timeline.

1981: Robert Redford founds the Sundance Institute and hosts the first-ever summer labs, inviting 10 teams of filmmakers to the Sundance Resort in Utah to work on their feature films. Among the year’s crop of projects are Gregory Nava’s El Norte and Larry Littlebird’s The Man Who Killed the Deer.

1984: Continuing upon Redford’s original vision of supporting independent storytellers across a wide range of artistic disciplines, the Institute expands its offerings to create the inaugural Playwrights Lab.

1985: The Institute officially takes over operations of the United States Film Festival, which had been hosted in Park City since September 1978. Under the direction of Festival director Tony Safford, this Institute’s inaugural Festival runs from January 18–27, and it features now-landmark projects like Wim Wenders’ Paris, Texas, Jim Jarmusch’s Stranger Than Paradise, and the Coen brothers’ Blood Simple.

1986: The Institute begins to offer a separate Screenwriters Lab for emerging writers, as well as a Composers Lab.

Below, we talk about just a handful of the countless iconic projects from the 1980s that were incubated in our labs and/or programmed at the Sundance Film Festival. Stay tuned — later this month we’ll offer up a lengthy streaming watchlist of features that have come through the labs over the years.

Gregory Nava’s immigration drama El Norte was the first film to be workshopped at the inaugural Directors Lab in 1981, and in 1983, it became the first lab-supported project to be produced. The immigration drama was later released in the United States 1984, and it was nominated for Best Original Screenplay at the 1985 Academy Awards.

Patrick Sheane Duncan attended the 1985 Directors Lab for 84 Charlie Mopic, an early example of the found footage genre. The project eventually screened at the 1989 Festival and was nominated for two Independent Spirit Awards: one for Best First Feature and one for Best Screenplay.

Steven Soderbergh’s Sex, Lies, and Videotape won the Dramatic Audience Award at the 1989 Festival and went on to become the most widely successful independent film released up to this time.

THE TIMES OF HARVEY MILK

Rob Epstein’s documentary The Times of Harvey Milk took home a Special Jury Prize at the 1985 Festival, and it went on to win the Academy Award for Best Documentary Feature later that year. In 2001, after the UCLA Film & Television Archive restored it, we screened it as part of the Festival’s From the Collection series, and in 2012, the film was chosen by the Library of Congress for inclusion in the National Film Registry.

Bill Duke’s The Killing Floor was the winner of the Festival’s Special Jury Prize in 1985, and it was an official selection at Cannes that same year. Its restoration — which was also supported by the Sundance Institute — played as a Cannes Classic in this summer’s Cannes Film Festival.

BEFORE YOU GO: Through the month of August, we’re looking to raise $40,000 to commemorate our 40th year as an Institute. All of the funds raised will go to supporting the visionary storytellers of tomorrow. Will you join us in standing for storytelling? Donate now.