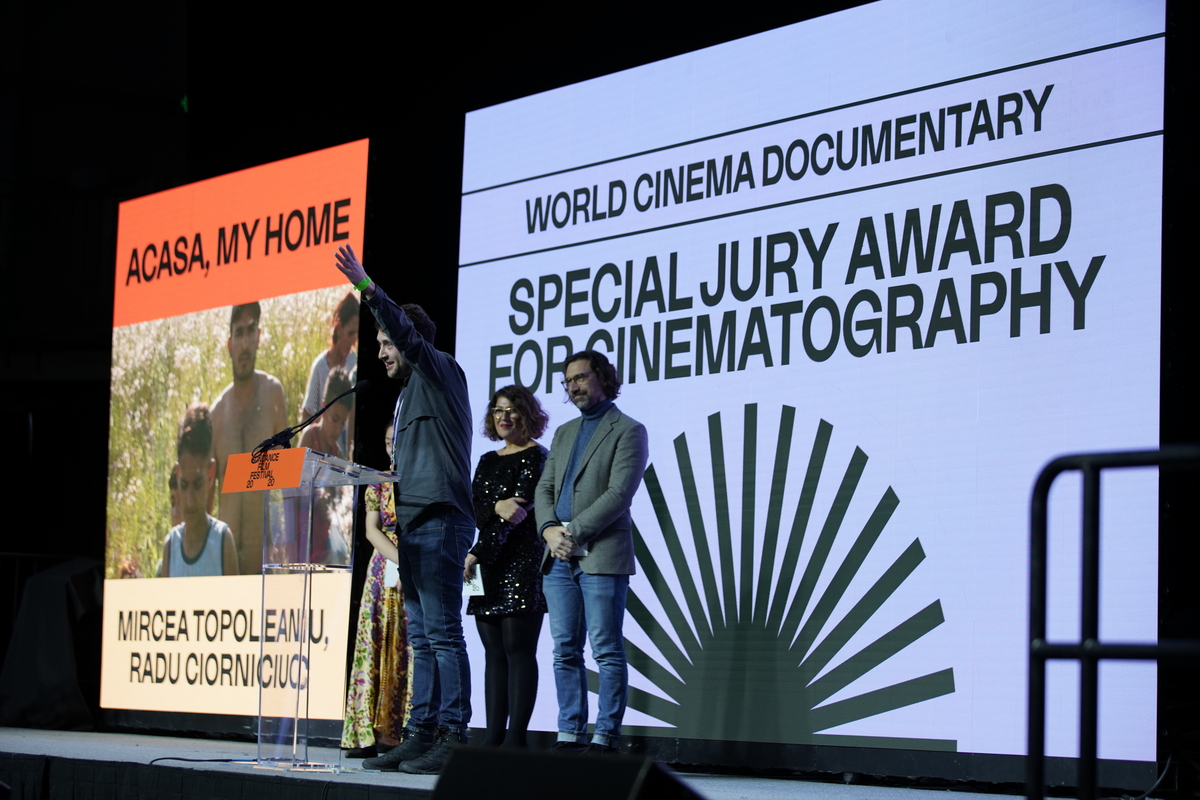 No question, drones are impacting the way many filmmakers approach cinematography today. Whether in television, biopics, documentaries, or shorts, drones in more recent years have allowed artists from all walks of life to capture amazing shots.

But perhaps the question isn’t: “How are drones impacting the art of cinematography?” Maybe it’s more: “How are artists using this advancing aerial technology to further tell their stories?” A couple of recent Sundance films come to mind.

In a 2021 interview with The Film Stage, Radu Ciorniciuc, director of Acasă, My Home (2020 Sundance Film Festival), talks about what drove him to use drone shots early on in the film — a feature in the documentary that has been praised by festival programmers and film critics.

In the film, two parents and their nine children, who lived in perfect harmony with nature in the wilderness of the Bucharest Delta, are chased out and forced to adapt to life in the big city. Ciorniciuc explains in the interview that it was clear the film was going to be a family story, which is why he decided to go for an observational look while still creating the feeling of intimacy and of being at home.

“The drone shot came during the pre-research interviews,” Ciorniciuc says. “The NGO (non-governmental organization) responsible for the park’s management had their office on top of the high buildings close to the delta. We looked over their window and saw the striking contrast between the grayness of the city and the vast green park. It was such a dramatic image, and we chose to shoot it with a drone, not only for the spectacular look, but because we felt that it would reveal an essential part of the film’s plot,” he explains.

Still, many in the film industry argue that drone shots are so prevalent that filmmakers often get tricked into thinking that drone shots equate to great cinematography, so it’s important to not oversaturate a project with aerial footage. But when used strategically, drone photography can play a crucial part in telling a story.

“In this way, aerials can function as (literally) elevated B-roll. While drone footage can be (and has been) overused, ultimately it’s become another storytelling tool at a filmmaker’s disposal.”

Referencing the 2022 Sundance Film Festival Award Winning film The Territory, Tsiokos explains drone shots can help bring more opportunities to a film when used with purpose. In the documentary, the Uru-eu-wau-wau and their allies use drones to surveil their land for encroachment and environmental destruction by outsiders.

“It depends on the needs of a given film or story approach, but aerial footage can help open up a film both literally and thematically, allowing participants in a film to gain access to different perspectives that can contribute to a broader understanding,” he adds.

Another point Tsiokos makes is that drones are allowing for more opportunities for emerging filmmakers and cinematographers who may not have the means to create traditional aerials within their projects.

“Drones have opened up a sense of scale to filmmakers who otherwise might not have been able to achieve it easily or cost-effectively,” explains Tsiokos.

Back at the 2015 Sundance Film Festival, Utah-based Jigabot, provider of robotic devices, co-hosted a panel about unmanned aerial vehicles (UAVs). At the time, the company made headlines when it announced its new product, AIMe, a robotic camera auto-framing system that can be mounted on UAVs, making it even easier for independent filmmakers to craft their stories on a small budget.

“In essence, for the first time ever, independent filmmakers will now have the ability to shoot a scene without a crew for operating small cameras, microphones, or lights,” said Jigabot co-founder Donna Root in a press release. “AIMe points your camera, so you can be in the moment.”

Although drones have become a common fixture on movie sets, including high-budget productions, it’s important to remember quality over quantity. As Tsiokos says, each project has its own unique needs when it comes to the feature. The fact that drones make achieving aerials much easier for filmmakers doesn’t mean a film should be overloaded.

After all, too much of anything is never a good thing.