​16 Sundance Films to Watch Before Fall Movie Season, From ‘The Eyes of Tammy Faye’ to ‘Thank You for Smoking’​ 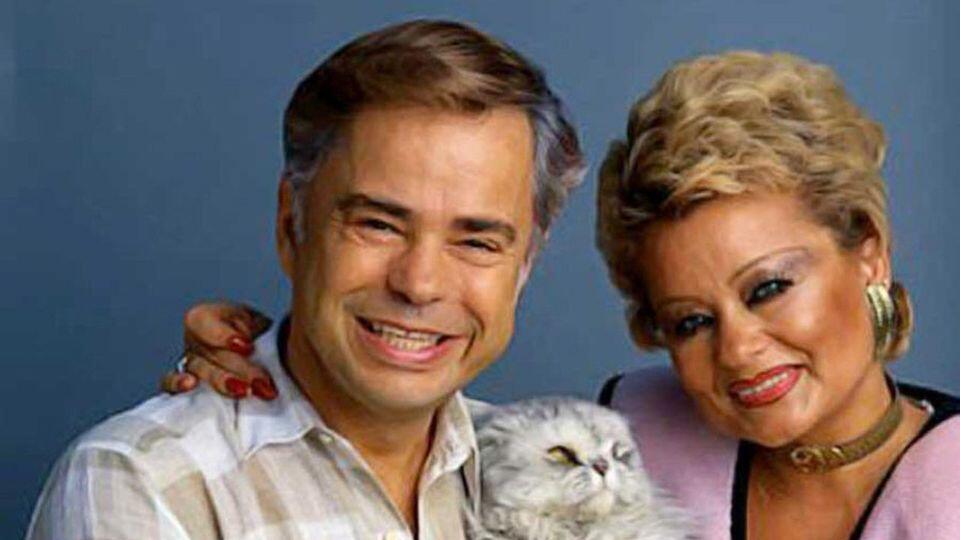 Just as nature brings out new and vivid colors in the fall, filmmakers step forward with their best and brightest as we head into the serious cinema season — not that some fun romps aren’t in store as well. In reviewing the fall movie season lineup, we started to notice some familiar faces from past labs and Festivals popping up behind the camera, from Daniel Deston Cretton to Chloé Zhao. Thus, we have another installment in our ongoing lesson: You find Sundance alums in some of the most exciting places. Read on for our watchlist of Sundance films you need to see over Labor Day weekend, as these titles begin to roll out to your local theaters as well as your favorite screening platforms.

PS: In case you missed it, check out our compilation of Sundance-supported films opening to wider audiences in September.

…WATCH I AM NOT A HIPSTER

Cretton’s debut feature — which premiered at the 2012 Sundance Film Festival — centered on a talented indie musician facing loss and love. Cretton’s credits also include Short Term 12, which won the short filmmaking prize in 2009 at the Festival, and 2019’s Just Mercy, based on the true story of activist lawyer Bryan Stevenson. The latter starred Michael B. Jordan and Jamie Foxx. [WATCH NOW]

BEFORE YOU SEE MALIGNANT…

James Wan’s newest film is billed as “A New Vision of Terror,” which comes as no surprise to those who know Wan as the man behind The Conjuring, Insidious, and Saw. Annabelle Wallis stars as Madison, who is assaulted by terrifying waking dreams. The film releases in theaters and on HBO Max on September 10.

Speaking of surprises/no surprises, Saw was introduced as a Sundance Film Festival Midnight selection in 2004. It starred Cary Elwes, Leigh Whannell, Danny Glover, and Ken Leung. The horror film took off, leading to multiple installments in the franchise. [WATCH NOW]

BEFORE YOU SEE THE CARD COUNTER…

Another Schrader character study, this one follows a successful drug dealer (Dafoe) at a crossroads. It played the 1992 Festival. The prolific Schrader also adapted the Russell Banks novel Affliction into a movie of the same name; it starred Nick Nolte as the conflicted lead and played the 1999 Festival. [WATCH NOW]

BEFORE YOU SEE THE EYES OF TAMMY FAYE…

Jessica Chastain dons the mask of Tammy Faye Bakker, with those heavy lashes and layered makeup, in a fictional adaptation of the story of the late televangelist and singer. Andrew Garfield portrays her husband and partner in televangelism, James Bakker. Director Michael Showalter’s film releases September 17.

…WATCH THE EYES OF TAMMY FAYE

This Fenton Bailey and Randy Barbato documentary from the 2000 Festival provided the basis for the 2021 fictional version. Consider also checking out Showalter’s The Big Sick, a 2017 Festival entry about another real-life couple, Emily V. Gordon and Kumail Nanjiani, the screenwriters of The Big Sick. [WATCH NOW]

BEFORE YOU SEE CRY MACHO…

Clint Eastwood directs and stars in this road trip movie, a modern western about an old horseman and a young boy (Eduardo Minett) traveling across rural Mexico. It opens September 17.

Eastwood, an accomplished pianist, directed the “Piano Blues” episode of this seven-part Martin Scorsese documentary project, a series of vignettes tracing the history of blues music. An unfinished version of the project played the 2003 Sundance Film Festival. [WATCH NOW]

BEFORE YOU SEE THE MANY SAINTS OF NEWARK…

Michael Gandolfini, son of the late James Gandolfini who originated the Tony Soprano character on the HBO series The Sopranos, plays a younger Tony in this story of the New Jersey mob family. Directed by Sundance alum Alan Taylor, the film opens October 1.

BEFORE YOU SEE NO TIME TO DIE…

Nooo! James Bond wants to leave the spy business. Not to worry. We expect this 25th film, opening October 8 and directed by Cary Joji Fukunaga, won’t be his last.

Fukunaga’s debut feature — a social-political thriller about Central American teenagers and their plight they face on their train ride through Mexico toward the United States — premiered at the 2009 Festival, where it earned a directing prize and a cinematography award. [WATCH NOW]

BEFORE YOU SEE HALLOWEEN KILLS…

Michael Myers and Laurie Strode aren’t finished yet. The next installment, directed by David Gordon Green, opens October 15. What’s more, there’s another in the series scheduled for October 2022. It’s called Halloween Ends, which we assume it will. Or not. Interestingly, the original Halloween played the Utah/U.S. Film Fest — precursor to the Sundance Film Festival — in its first year (1978).

…WATCH ALL THE REAL GIRLS

BEFORE YOU SEE THE LAST DUEL…

Ridley Scott directed two movies coming out this season, the first a 14th-century historical drama based on a true story about a knight avenging the rape of his wife. The vengeful knight is played by Matt Damon, who also co-wrote the screenplay with Ben Affleck (also in the film) and Nicole Holofcener. The movie opens October 15. (BTW, the second Scott film is House of Gucci, starring Lady Gaga and Adam Driver, out November 24.)

Sundance veteran Holofcener also wrote (and directed) this 2010 tale of a family waiting for their elderly neighbor to die so they can expand into her apartment. Things get complicated when the couple (Oliver Platt and Catherine Keener) develop a relationship with the elderly resident. Also consider checking out these Holofcenter-written and -directed films that played the Festival: Walking and Talking (1996, starring Keener and Anne Heche) and Friends with Money (2006, starring Jennifer Aniston). [WATCH NOW]

BEFORE YOU SEE DUNE…

Frank Herbert’s legendary science-fiction novel gets a new film adaptation, directed by Denis Villeneuve and starring Timothée Chalamet, 37 years after the David Lynch version. It is out on October 22.

Villeneuve brought a story about a young woman whose life is a mess to the 2001 Festival. She has a substance abuse problem. Her incompetence is threatening her professional life. She plunges her car into a river. Somehow, a talking fish is involved. [WATCH NOW]

BEFORE YOU SEE LAST NIGHT IN SOHO…

Edgar Wright, he of playful cinema like Shaun of the Dead, Hot Fuzz, and The World’s End, does horror this time around. In a film that he directed and co-wrote, a young aspiring fashion designer enters a portal into the 1960s but quickly gets in over her head. Starring Thomasin McKenzie, Anya Taylor-Joy, and Matt Smith, the film — actually Wright’s second directorial effort of the year — releases October 29.

The madcap story of brothers Ron and Russell Mael is based on the true-life tale of their wit, lyricism, and musicianship as an under-the-radar but successful American band that created 25 albums. “This is a band that has been in the background of almost every art form across the last 50 years,” wrote Sundance programmer Charlie Sextro. “With tongue planted firmly in cheek, this charming love letter to innovation, music, and two rebel artists just might make this the biggest year yet for the brothers named Sparks.” The documentary, Wright’s first ever, premiered at the 2021 Sundance Film Festival. [WATCH NOW]

BEFORE YOU SEE ETERNALS…

This Marvel film tells the tale of an immortal race coming to the rescue of Earth. Chloé Zhao, an Oscar winner for Nomadland, directs. Salma Hayek, Angelina Jolie, Kit Harington, Gemma Chan, Richard Madden, and Kumail Nanjiani are among the stars. Coming November 5.

…WATCH SONGS MY BROTHERS TAUGHT ME

Zhao was praised for her sensitive portrayal of life on the Pine Ridge Reservation in South Dakota with her story of a young man torn between leaving reservation life and staying with his younger sister; it played the 2015 Festival. Also consider checking out Zhao’s follow-up, The Rider, from the 2018 Festival. [WATCH NOW]

BEFORE YOU SEE SPENCER…

Everyone’s anxious to witness Kristen Stewart’s portrayal of Princess Diana, coming November 5. The narrative is one imagined during the Christmas holidays spent with the royal family, as Princess Diana makes the decision to abandon her marriage with Prince Charles. Pablo Larraín directs.

Larraín directed another historical drama that interweaves fact and fiction, this one about an ordinary (but smart) ad man’s 1988 campaign to sway voters against Chilean dictator Augusto Pinochet. Gael García Bernal plays the hero in No, which played the 2013 Festival. Larraín also directed the 2020 Festival film Ema, about an adoption that goes awry after the boy sets the family’s house afire. [WATCH NOW]

BEFORE YOU SEE GHOSTBUSTERS: AFTERLIFE…

C’mon, what could be better than miniature Marshmallow Men? Jason Reitman reprises the fun started by his father, Ivan Reitman, back in 1984, with the Dan Akroyd/Bill Murray/Harold Ramis ghost-busting team. The new story brings back the original stars (except for Ramis, who died in 2014), also including Ernie Hudson, Sigourney Weaver, and Annie Potts. It releases November 11.

WATCH THANK YOU FOR SMOKING…

The Festival’s John Cooper praised Reitman as a director and writer who could make us laugh and think at the same time in 2006 when Thank You for Smoking played the Festival. The same can be said of Reitman’s co-writer, Christopher Buckley, the author of the book on which the film is based. If you feel like a Reitman movie night, also consider Tully, his premiere at the 2018 Festival. [WATCH NOW]

BEFORE YOU SEE BELFAST…

Probably best known for his Shakespearean films, director Kenneth Branagh this time out sets his stage in Belfast, Northern Ireland, amid the strife of the 1960s. The film opens November 12.

This Branagh film opened the 1996 Sundance Film Festival, drawing praise for its wit and fast-paced action — reminiscent of the madcap nature of Noises Off — as it relates the tale of an amateur theatrical troupe attempting to stage Hamlet. Three years earlier, Branagh brought to the Festival his short film Swan Song, about an aging actor (played by Sir John Gielgud) alone onstage after hours, reminiscing about his Shakespearean roles. [WATCH NOW]

BEFORE YOU SEE KING RICHARD…

This is not the historical drama you might expect. King Richard is Richard Williams, the father of tennis superstars Serena and Venus Williams. And this is the story of how he coached them to excellence. Reinaldo Marcus Green directs. Will Smith stars. It opens November 19.

In this 2018 Sundance drama, Green examined the very human struggle over staying silent and safe when observing injustice versus getting involved and risking danger to self and family. The film won the U.S. Dramatic Special Jury Award for Outstanding First Feature at the 2018 Festival. [WATCH NOW] 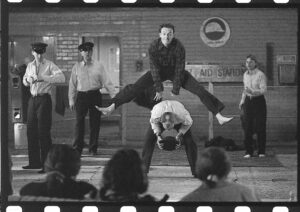