Ed. note: Want to see the full list of films by Indigenous directors that made their premiere at the 2020 Sundance Film Festival? Click here.

Sundance Institute’s commitment to supporting Native artists is woven throughout the organization’s history, as the Indigenous Program has built and sustained an Indigenous film circle throughout the 22 years of its formal existence within the Institute. Through sustained and continuous support of filmmakers with grants, labs, mentorships and the the Sundance Film Festival, great strides have been made in nurturing an Indigenous-created body of cinema. In the spirit of supporting Indigenous filmmakers, we’re highlighting the titles of the Indigenous-made films that will be premiering at the 2016 Sundance Film Festival later this month. These films competed against a pool of 12,793 submissions, to be selected among the 122 feature films and 72 short films playing at the Festival.

A national manhunt is ordered for a rebellious kid and his foster uncle who go missing in the wild New Zealand bush.

The brotherhood of four friends is tested when they try to escape the shackles of Cleveland by becoming drug dealers for a summer.

The story of a rootless young woman, who takes a toddler from her wealthy, negligent mother and passes the baby off as her own in an effort to protect her. This decision connects and transforms the lives of three very different women.

Against landscapes that the artist and his father traversed, audio of the father in the Ho-Chunk language is transcribed using the International Phonetic Alphabet, which tapers off, narrowing the distance between recorder and recordings, new and traditional, memory and song.

As the balance of the world turns upside down for the Anishinabek people, the elder Naamowin builds a healing drum to save his grandson and his people.

Mobilize / Canada, Director: Caroline Monnet (Algonquin) Guided expertly by those who live on the land and are driven by the pulse of the natural world, this story takes us on an exhilarating journey from the far north to the urban south.

In addition to these filmmakers and films making up the Native Forum at the Sundance Film Festival, the program will also be hosting 11 Native Fellows as a part of the year-round, ongoing support of individual artists. Participating in different tracks while at the Festival, the filmmakers are being supported on their individual projects and in their filmmaking careers. The filmmakers will participate in the following Sundance Institute Fellowships: the Native Filmmakers Lab Fellowship, the Time Warner Native Producers Initiative, and the Full Circle Initiative.

These two Fellows participated in the Native Filmmakers Lab with their projects last July and will continue their year-long Fellowship at the Festival with screenings, guided film discussions, and networking events.

A young artistic Navajo woman relives memories of her deceased sister, that in turn help her heal and battle against the modern-day adversities of Reservation life.

Randi LeClair (Pawnee), The Other Side of the Bridge

These fellows will be supported on their projects while at the Festival and participate in screenings, networking events, and individually tailored meetings with industry leaders.

A successful financial analyst and recently-released convicted felon are reunited twenty-five years after a hunting accident which has warped their lives beyond repair.

An Inupiaq Artist and a Greenlandic tattooist confront religious authority and social conformity and together are reviving the lost tradition of Inuit tattooing.

These fellows will receive an immersive experience in the world of Independent film and attend screenings, participate in guided film discussions, and connect with leaders of the Indigenous film community.

Megan Babbitt (Diné) is from Flagstaff, Arizona, and currently a student at Northern Arizona University (NAU) as a Creative Film and Media Major with an emphasis in Media Production. She founded the Ninjacorn Films Workshop, an annual week-long summer workshop focusing on film production. She has participated in NAU’s Native American Broadcast workshop, NAU’s campus-based broadcast channel UTV62 and Paper Rocket Productions.

Taylor Bennett-Begaye (Diné) is a graphic designer from the Navajo Nation in New Mexico. She completed her Associate of Arts in Digital Arts and General Studies at Mesa Community College in Mesa, Arizona. She is finishing her final year at Fort Lewis College in Durango, Colorado, where she will receive a BA in Graphic Design and a minor in Sociocultural Anthropology. She is a designer for the Survival of the First Voices Festival and works with Native youth.

Devin Weekley-Dean (Saginaw Chippewa) is from Mount Pleasant, Michigan. In high school, he developed a passion for film through a TV and radio course. With the encouragement of his teachers, he formed a video production team with a group of friends that has since gone on to win a state competition for video production by Business Professionals of America.

At the 2016 Sundance Film Festival, Sundance Institute will
announce its newly established annual Fellowship named in honor of the
late Māori filmmaker Merata Mita, New Zealand’s first Indigenous
female filmmaker. In addition to being a global advocate for Indigenous
voices, Merata was a trusted Creative Advisor and Artistic Director at
the Native Lab, and a dear friend to the Institute.

Each year Sundance Institute will identify a Native or
Indigenous filmmaker from a global pool of nominees to award a small cash grant
and provide a year-long continuum of support with activities including a trip
to the Sundance Film Festival, access to strategic and creative services
offered by Sundance Institute artist programs, and mentorship opportunities.

These fellows have been supported through other grants or past fellowships through the Native American and Indigenous Program. 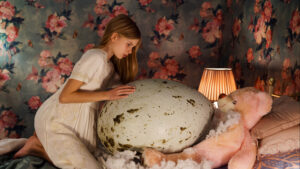 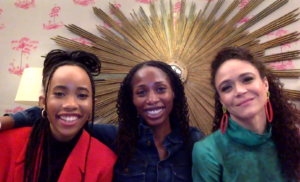 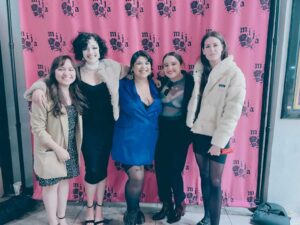