The Sundance Institute-Ford Foundation Fellowship is a two-stage development opportunity for filmmakers with film projects at the early stages of development. The first stage of support is an intensive five-day workshop to be held May 24-28, 2010 on the Ancestral lands of the Mescalero Apache Tribe in New Mexico. The workshop is designed to support filmmakers in strengthening their craft, developing their voice as writers, and advancing their current projects closer towards production. Fellows receive feedback on their projects from established screenwriters and filmmakers who serve as Creative Advisors all within a safe and nurturing environment.

The second stage of the Fellowship is intended to advance the careers of the Fellows by providing networking opportunities with film professionals who can advise them on both the craft and business of cinema. Fellows will attend the 2011 Sundance Film Festival where they can network with established screenwriters, producers, and other industry professionals.

New for 2010, leading up to the Lab and as part of its mission to support and share the work of Native American and Indigenous artists, Sundance Institute and Milagro at Los Luceros will showcase award-winning New Zealand director Taika Waititi’s Boy on May 22 at The Lensic Performing Arts Center, 211 West San Francisco Street, Santa Fe, New Mexico. Milagro at Los Luceros is a collaboration that includes Robert Redford, the New Mexico Department of Cultural Affairs, and the New Mexico Film Office.  Its mission is to create and expand training programs in film, arts, and the environment, concentrating on Hispanic, Native American, African American and other underrepresented voices.
Boy had its world premiere at the 2010 Sundance Film Festival, and tells the story of 11-year-old Boy and his little brother Rocky reconciling reality with fantasy as their dad returns after many years away. Following a successful theatrical release in New Zealand, the May 22 screening will be the film’s New Mexico premiere. The screening will begin at noon and is free and open to the public. Theater lobby opens at 11:00 a.m., and house seating begins at 11:30 a.m.
Under the guidance of Bird Runningwater, Associate Director, Sundance Institute Native American and Indigenous Program, the Native Filmmakers Lab provides an opportunity for Native artists to workshop their early-stage work in an environment that explores innovation, risk-taking, and the intersection of filmmaking and centuries-old storytelling. At the Lab begins a relationship with the Institute that continues through each filmmaker’s creative journey, with the hope the finished film will return to native and indigenous communities and inspire new generations of storytellers. The Fellows will work with an accomplished group of Creative Advisors including Merata Mita (Mauri; Spooked), Tyger Williams (Menace II Society), and Rachel Perkins (One Night the Moon; Bran Nue Dae).

“Last year, we reinvigorated our lab by hosting it on native land — we were reoriented to the communities we serve and the potential native cinema has,” said Runningwater. “The place, the advisors, and the filmmakers create an environment in which culture is a central part of the conversation – how culture is portrayed in filmic storytelling and how central it is to the development of unique, powerful voices. We are excited to bring these four women, with backgrounds and stories that span the Americas, and provide the continued support and guidance needed to cultivate impactful storytelling.”

The projects and participants selected for the Sundance Institute-Ford Foundation Film Fellowship are:

La Raya / Yolanda Cruz (Chatino), Writer/Director: Destined to follow in the footsteps of other men in his village, 11 year old Papio has his eyes set on emigrating  to the US, one day he finds an abandoned refrigerator which could finance his journey, but is he willing to leave behind his family and his village forever?

Yolanda Cruz (Chatino) is an indigenous Chatino from Oaxaca, Mexico, and the producer-director of seven award-winning documentaries. Her work has received the support of prestigious organizations such as the Rockefeller Foundation, Latino Public Broadcasting and the Ford Foundation, and has also screened at film festivals and museums internationally, including the Sundance Film Festival, the Guggenheim Museum in New York, Park la Villette in Paris, and the National Institute of Cinema in Mexico City. The UCLA film school alumna is fluent in English, Spanish and Chatino and harbors a passionate drive to increase the representation of indigenous people in the media.

Opal / Ramona Emerson(Diné), Writer/Director: An unlikely encounter with the town bully helps a young Navajo girl realize the true strength she has inside.

Ramona Emerson (Diné) is a filmmaker originally from Tohatchi, New Mexico.  She received her degree in Media Arts in 1997 from the University of New Mexico and has worked as a professional videographer, writer and editor for over ten years. Her films have been showcased around the country, with her latest, A Return Home, receiving funding through The National Geographic All Roads Film Project and from the New Mexico Governor’s Cup competition. She and her husband, producer/actor/artist Kelly Byars continue to produce films through their company Reel Indian Pictures, in Albuquerque, New Mexico. Her current projects and past films have explored the personal stories behind gambling, sexual assault in Indian Country, and a Navjao artist’s return to the reservation. She is a member of the Native American Producers Alliance and in January 2009, was appointed to the New Mexico Governor’s Council on Film and Media Industries.

The Other Side of the Bridge / Randi LeClairWriter/Director: After two high school football stars are found dead, decades-long racial tensions sizzle in a small town diner.

Randi LeClair is an enrolled member of the Pawnee Nation of Oklahoma.  She graduated from Oklahoma State University with a BA in English (Creative Writing) and is currently a graduate student in the University of Oklahoma’s Master of Professional Writing program.  Recently, Randi and her husband, Todd, signed an option agreement for the screen adaptation of Todd’s book about of Pittsburg Pirates pitcher Mose Yellowhorse, the first full-blood American Indian in the major leagues.  In addition to screenwriting, Randi also engages her love of literary fiction and is currently working on a collection of short stories.  She also serves as co-editor for Out of the Stars:  An Anthology of Pawnee Writing, Stories, and Art.  Her dream is to help bring Native Cinema to the mainstream.

Close to Death / Kaherawaks Thompson (Mohawk), Writer/Director : Plagued by a botched suicide attempt and tenebrous relationships, a failed playwright reluctantly challenges the meaning of “life after death” and the motives of a cryptic young Mohawk woman who shadows his every move.

Kaherawaks Thompson (Mohawk) was born and raised on Kawehnoke, an island on the St. Lawrence River in the northernmost territory of Akwesasne. Creativity is a way of life and was encouraged by her close-knit family of artists, poets, teachers, and traditional Mohawk storytellers. Excelling in language and the visual arts, she began writing and illustrating her own short stories by and participated in her first art show at the age of three. Formally trained as a pastry chef, , Kaherawaks is a self-taught screenwriter, having learned from technical books and reading scripts, furthering her skills by attending the Squaw Valley Community of Writers’ Screenwriting workshop in 2004. Kaherawaks will continue to evolve as a screenwriter, and looks forward to the journey into film.

Merata Mita belongs to the Ngati Pikiao and Ngai te Rangi Iwi of the Maori people and was born and reared in a small, traditional Maori community in Maketu, New Zealand.  She has been involved in film and video production for over 25 years, and has made significant inroads for indigenous filmmakers both in Aotearoa and globally.  Her eye for detail and passionate commitment to her work offer rare insights into people whose paths we are unlikely to cross.  Mita’s documentary films include Patu!, Bastion Point: Day 507; Waka; Rapanui; Dread;  The Shooting Of Dominick Kaiwhata; and Hotere, which have all screened around the world at numerous festivals. Mauri, her first dramatic feature, investigates themes of birthright and racism in its story of a troubled man who returns to an isolated North Island settlement.  Mita has also appeared as an actress in Geoff Murphy’s historical drama Utu and produced Murphy’s feature titled Spooked, and Executive Produced of Vilsoni Hereniko’s feature The Land Has Eyes.  She is currently a Co-Producer on Taika Waititi’s feature Boy.

Rachel Perkins career as a filmmaker spans twenty years and in that time she has contributed extensively to the development of Indigenous filmmakers in Australia and, more broadly, the Australian film industry. In addition to her experience as an executive producer for both the ABC and SBS public television networks, Rachel has had a successful film and documentary career, directing the narrative feature films Bran Nue Dae, Radiance and One Night the Moon, which received five Australian Film Institute (AFI) Awards, as well as the critically acclaimed television series First Australians, which won the 2008 AFI and Logie Awards for Best Documentary. Her films have screened at Sundance, Toronto, London and the Berlin film festivals. Perkins is from the Arrernte and Kalkadoon nations.

Tyger Williams, attended the University of Utah and California State University Long Beach, where he studied Film, Television, and Marketing.  He is the writer of Menace II Society, which debuted at the Cannes Film Festival and was subsequently nominated for an Independent Spirit Award for Best First Feature and won the MTV Best Movie of The Year award. Tyger has since written or rewritten numerous film and television scripts.  He serves as a member of the WGA’s Independent Writers Steering Committee and has served as a Creative Advisor for the Sundance

Labs (Utah), Sundance International (Czech Republic and South Africa) and the Royal Jordanian Film Commission.  He recently completed the screenplay Detention for producer David Hoberman and is writing-producing his original screenplay, The Kindling.

About the Ford Foundation
Over the Foundation’s 70-year history, more than $15 billion in funding distributed worldwide has supported programs related to asset building and community development; peace and social justice; and knowledge, creativity, and freedom. 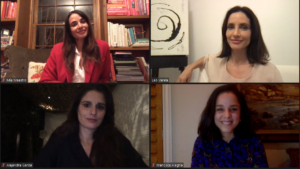 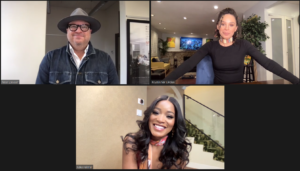 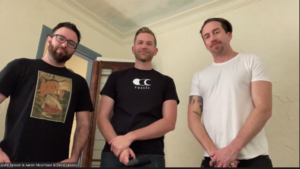