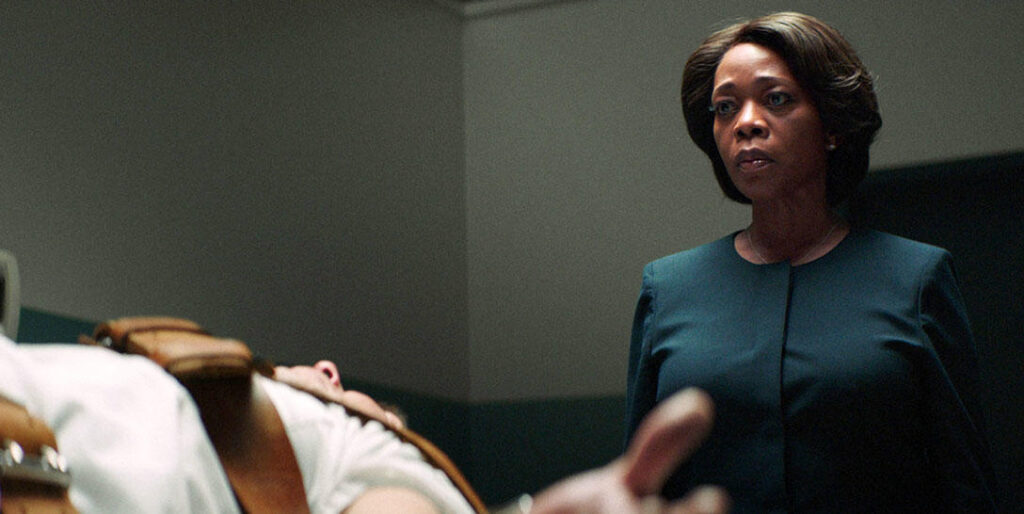 Top Prizes Go To Clemency, One Child Nation, The Souvenir and Honeyland

Brittany Runs a Marathon, Knock Down the House, Queen of Hearts and Sea of Shadows Win Audience Awards

“Supporting artists and their stories has been at the core of Sundance Institute’s mission from the very beginning,” said Sundance Institute President and Founder Robert Redford. “At this critical moment, it’s more necessary than ever to support independent voices, to watch and listen to the stories they tell.”

“This year’s expansive Festival celebrated and championed risk-taking artists,” said Keri Putnam, the Institute’s Executive Director. “As the Festival comes to a close, we look forward to watching the stories and conversations that started here as they shape and define our culture in the year to come.”

“These past ten days have been extraordinary,” said John Cooper, Sundance Film Festival Director. “It’s been an honor to stand with these artists, and to see their work challenge, enlighten and charm its first audiences.”

The awards ceremony marked the culmination of the 2019 Festival, where 121 feature-length and 73 short films — selected from 14,259 submissions — were showcased in Park City, Salt Lake City and Sundance, Utah, alongside work in the new Indie Episodic category, panels, music and New Frontier. The ceremony was live-streamed; video is available at youtube.com/sff.

Feature film award winners in previous years include: The Miseducation of Cameron Post, I don’t feel at home in this world anymore., Weiner, Whiplash, Fruitvale Station, Beasts of the Southern Wild, Twenty Feet from Stardom, Searching for Sugarman, The Square, Me and Earl and the Dying Girl, Cartel Land, The Wolf Pack, The Diary of a Teenage Girl, Dope, Dear White People, The Cove and Man on Wire.

The World Cinema Grand Jury Prize: Documentary was presented by Verena Paravel to: Tamara Kotevska and Ljubomir Stefanov, for Honeyland / Macedonia (Directors: Ljubomir Stefanov, Tamara Kotevska, Producer: Atanas Georgiev) — When nomadic beekeepers break Honeyland’s basic rule (take half of the honey, but leave half to the bees), the last female beehunter in Europe must save the bees and restore natural balance.

The World Cinema Grand Jury Prize: Dramatic was presented by Jane Campion to: Joanna Hogg, for The Souvenir / United Kingdom (Director and screenwriter: Joanna Hogg, Producers: Luke Schiller, Joanna Hogg) — A shy film student begins finding her voice as an artist while navigating a turbulent courtship with a charismatic but untrustworthy man. She defies her protective mother and concerned friends as she slips deeper and deeper into an intense, emotionally fraught relationship which comes dangerously close to destroying her dreams. Cast: Honor Swinton Byrne, Tom Burke, Tilda Swinton.

The Audience Award: U.S. Documentary, Presented by Acura was presented by Mark Duplass to: Knock Down the House / U.S.A. (Director: Rachel Lears, Producers: Sarah Olson, Robin Blotnick, Rachel Lears) — A young bartender in the Bronx, a coal miner’s daughter in West Virginia, a grieving mother in Nevada and a registered nurse in Missouri build a movement of insurgent candidates challenging powerful incumbents in Congress. One of their races will become the most shocking political upset in recent American history. Cast: Alexandria Ocasio-Cortez.

The Audience Award: World Cinema Documentary was presented by Ray Romano to: Sea of Shadows / Austria (Director: Richard Ladkani, Producers: Walter Koehler, Wolfgang Knoepfler) —The vaquita, the world’s smallest whale, is near extinction as its habitat is destroyed by Mexican cartels and Chinese mafia, who harvest the swim bladder of the totoaba fish, the “cocaine of the sea.” Environmental activists, Mexican navy and undercover investigators are fighting back against this illegal multimillion-dollar business.

The Audience Award: World Cinema Dramatic was presented by Mark Duplass to: Queen of Hearts / Denmark (Director: May el-Toukhy, Screenwriters: Maren Louise Käehne, May el-Toukhy, Producers: Caroline Blanco, René Ezra) — A woman jeopardizes both her career and her family when she seduces her teenage stepson and is forced to make an irreversible decision with fatal consequences. Cast: Trine Dyrholm, Gustav Lindh, Magnus Krepper.

The Directing Award: U.S. Dramatic was presented by Desiree Akhavan to: Joe Talbot, for The Last Black Man in San Francisco / U.S.A. (Director: Joe Talbot, Screenwriters: Joe Talbot, Rob Richert, Producers: Khaliah Neal, Joe Talbot, Dede Gardner, Jeremy Kleiner, Christina Oh) — Jimmie Fails dreams of reclaiming the Victorian home his grandfather built in the heart of San Francisco. Joined on his quest by his best friend Mont, Jimmie searches for belonging in a rapidly changing city that seems to have left them behind.

A U.S. Documentary Special Jury Award for Moral Urgency was presented by Alissa Wilkinson to: Jacqueline Olive, for Always in Season / U.S.A. (Director: Jacqueline Olive, Producers: Jacqueline Olive, Jessica Devaney) — When 17-year-old Lennon Lacy is found hanging from a swing set in rural North Carolina in 2014, his mother’s search for justice and reconciliation begins as the trauma of more than a century of lynching African Americans bleeds into the present.

A U.S. Documentary Special Jury Award for Cinematography was presented by Jeff Orlowski to: Luke Lorentzen, Midnight Family / Mexico, U.S.A. (Director: Luke Lorentzen, Producers: Kellen Quinn, Daniela Alatorre, Elena Fortes, Luke Lorentzen) — In Mexico City’s wealthiest neighborhoods, the Ochoa family runs a private ambulance, competing with other for-profit EMTs for patients in need of urgent help. As they try to make a living in this cutthroat industry, they struggle to keep their financial needs from compromising the people in their care.

A World Cinema Documentary Special Jury Award for Impact for Change was presented by Nico Marzano to: Tamara Kotevska and Ljubomir Stefanov, for Honeyland / Macedonia (Directors: Ljubomir Stefanov, Tamara Kotevska, Producer: Atanas Georgiev) — When nomadic beekeepers break Honeyland’s basic rule (take half of the honey, but leave half to the bees), the last female beehunter in Europe must save the bees and restore natural balance.

A World Cinema Documentary Special Jury Award for Cinematography was presented by Nico Marzano to: Fejmi Daut and Samir Ljuma, for Honeyland / Macedonia (Directors: Ljubomir Stefanov, Tamara Kotevska, Producer: Atanas Georgiev) — When nomadic beekeepers break Honeyland’s basic rule (take half of the honey, but leave half to the bees), the last female beehunter in Europe must save the bees and restore natural balance.

A World Cinema Dramatic Special Jury Award for Originality was presented by Ciro Guerra to: Makoto Nagahisa, for WE ARE LITTLE ZOMBIES / Japan (Director and screenwriter: Makoto Nagahisa, Producers: Taihei Yamanishi, Shinichi Takahashi, Haruki Yokoyama, Haruhiko Hasegawa) — Their parents are dead. They should be sad, but they can’t cry. So they form a kick-ass band. This is the story of four 13-year-olds in search of their emotions. Cast: Keita Ninomiya, Satoshi Mizuno, Mondo Okumura, Sena Nakajima.

SUNDANCE INSTITUTE | ALFRED P. SLOAN FEATURE FILM PRIZE
The 2019 Alfred P. Sloan Feature Film Prize, presented to an outstanding feature film about science or technology, was presented to The Boy Who Harnessed the Wind. The filmmakers received a $20,000 cash award from Sundance Institute with support from the Alfred P. Sloan Foundation.