2015 Sundance Film Festival Celebrates the Art of Film with Panels with Robert Redford, George Lucas and More Discussing the Craft of Filmmaking 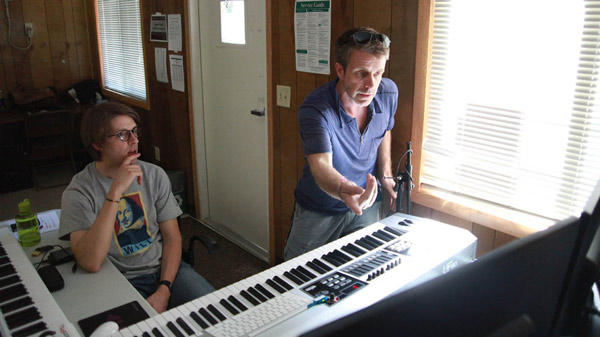 Park City, UT — Sundance Institute announced today that the 2015 Sundance Film Festival will take an unprecedented look at the art and craft of filmmaking with its new ‘Art of Film Weekend’ series of offscreen programming. The 2015 Festival, taking place January 22 to February 1 in Park City, Salt Lake City, Ogden and Sundance, Utah, is the centerpiece public program for the Institute, which provides resources to independent artists on a year-round basis through its 24 annual residency labs and more than $2.5 million in grants. The Institute also holds public workshops through out the year that provide expert advice and critical insights into the craft and process of filmmaking.

Art of Film Weekend (January 29-31) will highlight the unique roles of writers, directors, producers, actors, cinematographers, editors, production designers, art directors, costume designers, casting directors, sound designers, composers and the countless others who bring stories to life on screen. The series will kick off with Robert Redford and George Lucas discussing their careers and creative process with Leonard Maltin and continue throughout the second half of the Festival with additional panels on topics including artistry in film music, virtual reality, visual design, editing and documentary.

John Cooper, Director of the Sundance Film Festival, said, “Exploring cinema, body and soul, Art of Film Weekend will take aspiring filmmakers and film-loving audiences behind the scenes to see the creative, collaborative spirit of artists at every stage of the independent filmmaking process that is so core to our Festival.”

For dates, times, locations and ticket information for these and other panels, including the free daily Cinema Café program, visit sundance.org/festival. Join the conversation on social media with #ArtFilmWeekend.

Power of Story: Visions of Independence — Kicking off Art of Film Weekend, join Robert Redford and George Lucas—two iconic filmmakers who epitomize the spirit of independence in American cinema—in conversation with critic Leonard Maltin. Distinctive as storytellers, their pioneering visions have also yielded innovative enterprises and institutions that cultivate creativity and imagination, advance technology, and push the realm of possibility. This will be live streamed on sundance.org.

Art of the Score: A Performance and Discussion with Harry Gregson-Williams — We explore the artists’ approach to film music with renowned composer Harry Gregson-Williams (the Shrek series, The Chronicles of Narnia series, The Town, Man on Fire, Kingdom of Heaven, Spy Game and Blackhat), who shares his creative process from that first spark of a musical conception through the delivery of a final score. With film excerpts and a live performance, including electric violinist Hugh Marsh, we explore the indispensable role music plays in cinema.

A New Language in Filmmaking: Virtual Reality — Over a century has passed since the advent of film, allowing filmmakers to continuously hone, craft, and form the language of cinema, as well as pass those teachings on to a new crop of filmmakers. Virtual reality, on the other hand, has only recently emerged, and with it, a completely new language and approach to storytelling. Learn from the top directors working in this medium as they take you through their journey of failure and success in virtual reality storytelling. Join Chris Milk (director, An Evolution of Verse, Sound and Vision, Wilderness Downtown), Rose Troche (director, Perspective, The L Word), Saschka Unseld (director, The Blue Umbrella, story consultant to Oculus), and Glen Keane (animator, The Little Mermaid, Beauty and the Beast, Duet).

Design Inspiration — Where does the visual design of a film begin, and how does it contribute to the overall art of cinematic storytelling? Through an illuminating conversation that integrates handpicked visual and filmic references, discover the creative processes of three talented individuals (and frequent collaborators of Spike Jonze) known for their stunning artistic sensibilities: cinematographer Lance Acord (God’s Pocket, Where the Wild Things Are, Lost in Translation); production designer K.K. Barrett (Her, Human Nature, Marie Antoinette, Being John Malkovich); and costume designer Casey Storm (Her, Where the Wild Things Are, Adaptation).

Cutting Class: An Editor’s Guide to Storytelling — Spend an unforgettable afternoon with award-winning editor Sarah Flack (The Limey, Lost in Translation, Marie Antoinette) as she leads an in-depth session about her editing process, examining everything from the construction and evolution of scenes to the nuances of storytelling from an editor’s perspective. Flack will shed light on the unique relationship between director and editor, referencing her collaborations with Sofia Coppola, Sam Mendes, and Steven Soderbergh.

The Doc Art Mix Tape — Perhaps more than any other cinema form, documentary is all too often discussed more in terms of content rather than its craft. But through its artful construction, distinctive storytelling styles, memorable characters, and groundbreaking aesthetics, non-fiction film has given us remarkable and lasting cinematic moments. Join us for a personal journey through documentary guided by Sam Green (The Weather Underground, Utopia in Four Movements) and Ross McElwee (Sherman’s March, Time Indefinite, Bright Leaves), who unearth the rare and special moments that illustrate the remarkable range of the form.