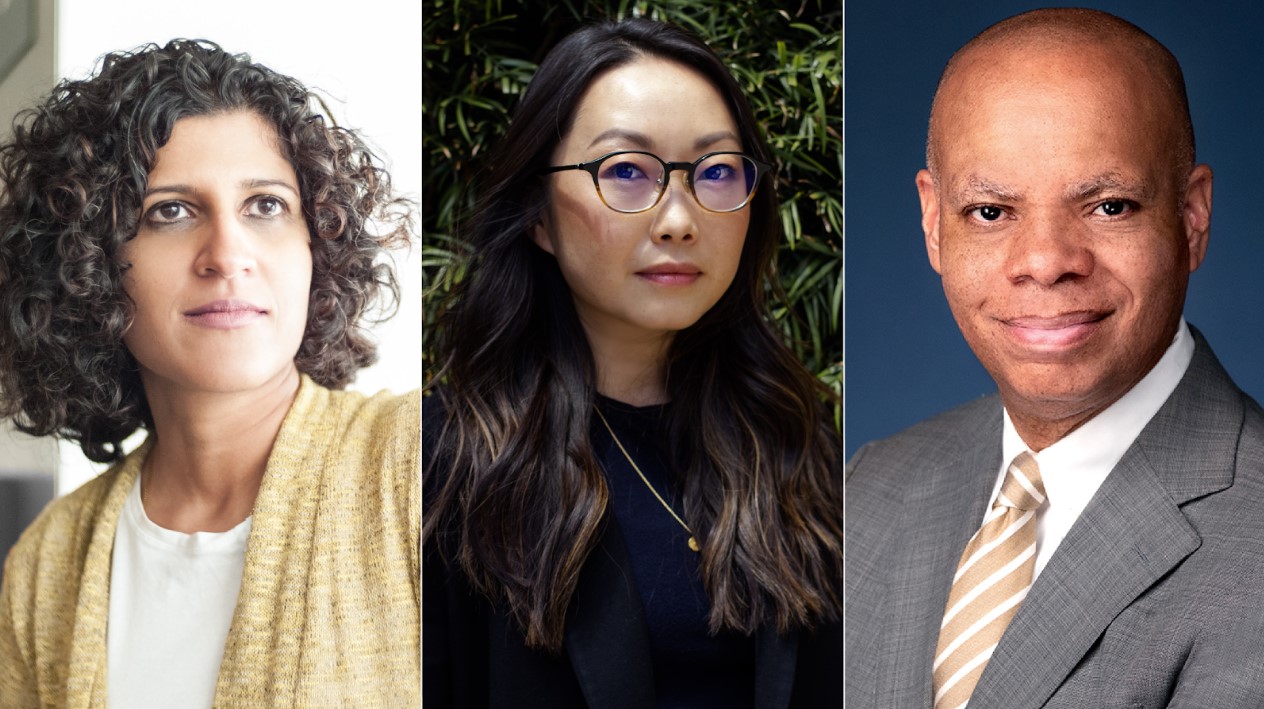 Building an enduring, evolving community for independent storytellers from all walks of life is crucial for an organization like Sundance Institute — and that means having the right leaders in place who will guide the institution in the right direction.

To continue carrying out this mission, the Institute is adding to its Board of values-based leaders by appointing three new members to its Board of Trustees. Lulu Wang, Patrick Gaspard, and Shripriya Mahesh have joined the business, cultural, and philanthropic leaders who act in an advisory capacity. All three will work closely with Board Chair Ebs Burnough and Sundance Institute CEO Joana Vicente, and with each of them comes a breadth of unique skills they’ve developed throughout their careers.

“We are honored to have Lulu, Patrick, and Shripriya join us as Trustees on the Board of Sundance Institute. Their vision and expertise offer us innovative leadership to continue to evolve as a cultural organization and deepen our commitment to the work,” says Sundance Institute CEO Joana Vicente.

A director, producer, and writer, Lulu Wang has the rare ability to captivate audiences with her sincere storytelling and global perspective. Most recently, her second feature, The Farewell, premiered at the 2019 Sundance Film Festival, and was acquired by A24. Her film went on to receive a Spirit Award in 2020 for Best Feature. Since then, Variety named Wang in its list of Ten Directors To Watch in 2019. “Sundance played a pivotal role in launching my filmmaking career and I’m honored to join the Institute’s Board to help usher in a new wave of filmmakers with singular voices,” Wang says.

Like Wang, Shripriya Mahesh is a filmmaker, but she’s also the Founding Partner at Spero Ventures, an early-stage venture capital firm that invests in mission-driven founders. “Sundance Institute is one of the finest examples of how to support creators and help them find their path in an extremely challenging industry. It has been supporting creators well before the ‘creator economy’ became a buzzword,” says Mahesh. “I’m thrilled to be able to join the board to support the Institute’s mission to enable and support incredible independent filmmakers around the world.”

Mahesh previously ran global emerging technology investing at Omidyar Network and helped launch First Look Media. In the midst of her tech career, Mahesh took a hiatus to study film at NYU’s Tisch School of the Arts, where she created short films and a collaborative feature film, The Color of Time, starring Mila Kuniss, Jessica Chastain, and Zach Braff. Along with serving on the boards of several of the technology companies (in which Spero Ventures has invested), Shripriya also serves on the Board of Directors for Turo, a California-based car sharing company.

While both Wang and Mahesh provide the insight needed from a filmmaker’s perspective, Patrick Gaspard brings an important leadership perspective with his years of experience in government, philanthropy, labor, and global diplomacy. During his time as president of Open Society Foundations, one of the largest private philanthropies in the world, Gaspard confronted global threats to democracy and rights.

“I’m thrilled to join the board of Sundance [Institute], as an honor and a duty, at a moment when the work of storytelling is critically connected to the work of democratic inclusion and rights protection across the

Globe,” says Gaspard. “Sundance provides a vital scaffold for independent artists to take up the full power of expression as a value in itself and in service of community.”

Through their own experiences, each Board member brings something different yet important to the table, and the knowledge and skill sets of Wang, Mahesh, and Gaspard will essentially help shape Sundance Institute’s role in supporting independent cinema from all around the world.

Ebs Burnough expressed the excitement for these new members joining best: “The new trustees bring an invaluable depth of experience in government and civic engagement, technology, and digital product development, and deep knowledge of the media, entertainment, and storytelling landscape. As Sundance [Institute]’s programs continue to meet the evolving needs of independent artists, we welcome these three new Trustees who, together with the Board, will continue to strengthen ways to champion independent storytellers.”