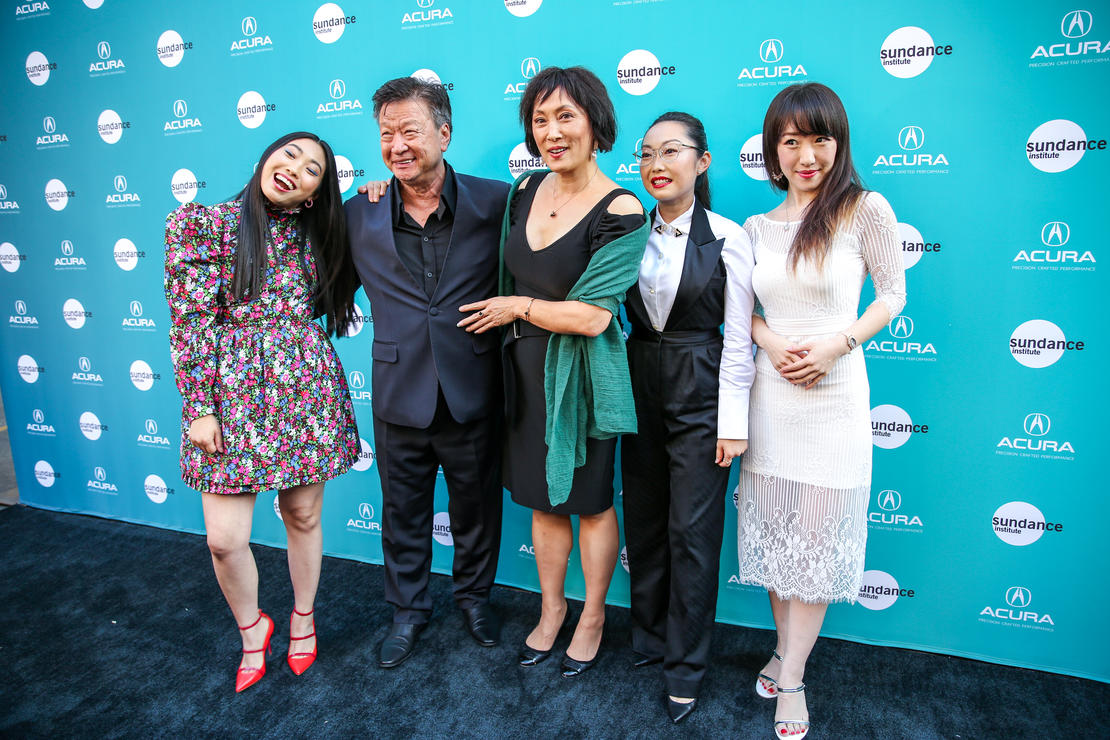 The Theatre at Ace Hotel was buzzing last night as the independent film community came together to celebrate breakout writer/director Lulu Wang at Sundance Institute’s LA premiere screening of The Farewell hosted by Acura.

Wang was honored with the Sundance Institute Vanguard Award presented by Acura, which showcases artists whose work and vision represent the highest level of breakthrough innovation, originality, and independent spirit. The night included many special guests, including Awkwafina, who was on hand to open the event with her sharpshooting comedy and easygoing vibe, and Minding the Gap director Bing Liu, who presented Wang with the award.

Sure to remain an unforgettable family dramatic comedy in the Sundance library for years to come, The Farewell is described as a true story “based on an actual lie.” It’s also a personal film for Wang, who explained that the story’s premise centers around real events from her life as an Asian American woman dealing with cultural differences within her family. She confessed during the Q&A that her grandmother, who The Farewell is based on, still doesn’t know that the film is about her—a revelation that contributed to the night’s biggest laugh. Wang’s commitment to authenticity and her courage to share her story with the world are what make her not only the perfect recipient for this award but also a trailblazer for future filmmakers.

It’s events like this and the generosity of our community that allow Sundance Institute to raise money to fund future grants, mentorships, and critical resources to help nurture and support the next generation of artists. Community involvement and contributions sustain our ability to champion unique storytellers like Wang. If you would like to get involved, please visit sundance.org/support.

Check out our community resource guide to learn more about local resources for Asian American, Pacific Islander, and female and nonbinary artists.