Introducing the Class of 2017 Women at Sundance Fellows​

Sundance Institute is thrilled to announce its fifth annual class of Women at Sundance fellows, a diverse group of filmmakers working as producers and directors in the documentary and narrative fields.

This fellowship supports emerging and mid-career filmmakers as they strive to create sustainable careers in a highly competitive environment. Beginning with a daylong group orientation, Sundance Institute program staff work with fellows to help them define clear and realistic goals for the fellowship year. Each fellow is then paired with an industry leader for a mentorship tailored to their specific needs. Through the generosity of The Harnisch Foundation, in partnership with Renee Freedman & Co, each fellow is carefully matched with a distinguished professional coach, who guides them through their personal and professional development over the course of the year. Sundance Institute also arranges opportunities for fellows to network and expand their learning – including an annual Financing and Strategy Intensive designed to equip filmmakers with the expertise and confidence to seek out, negotiate, structure, and close financial deals.

Most notably, fellows are supported with a stipend to attend the Sundance Film Festival, where they participate in one-on-one industry meetings to advance their projects, group seminars with industry experts, sessions with professional coaches, as well as screenings and events. At the annual Women at Sundance Brunch a community of 400 artists, industry members, opinion makers, activists and supporters gather to toast the fellows, to celebrate the Festival films made by women, and to take stock of recent accomplishments and the work yet to be done. At the 2016 Festival we featured Donna Langley and Elizabeth Banks; in 2015 Jane Fonda and Lily Tomlin took the stage together.

After four years of providing more than 36 fellows with deep support, we are delighted to announce the addition of a new granting fund, graciously sponsored by LUNA®, the first nutrition bar for women and creators of the LUNAFEST®, an annual film festival and fundraiser that has been championing female filmmakers for more than 15 years. Each of our new fellows will receive a $10,000 artist grant to help sustain them as they hone their craft, seek new and exciting opportunities, and navigate the changing media landscape.

Join us in congratulating our incoming class of fellows and read more about these incredible women below. 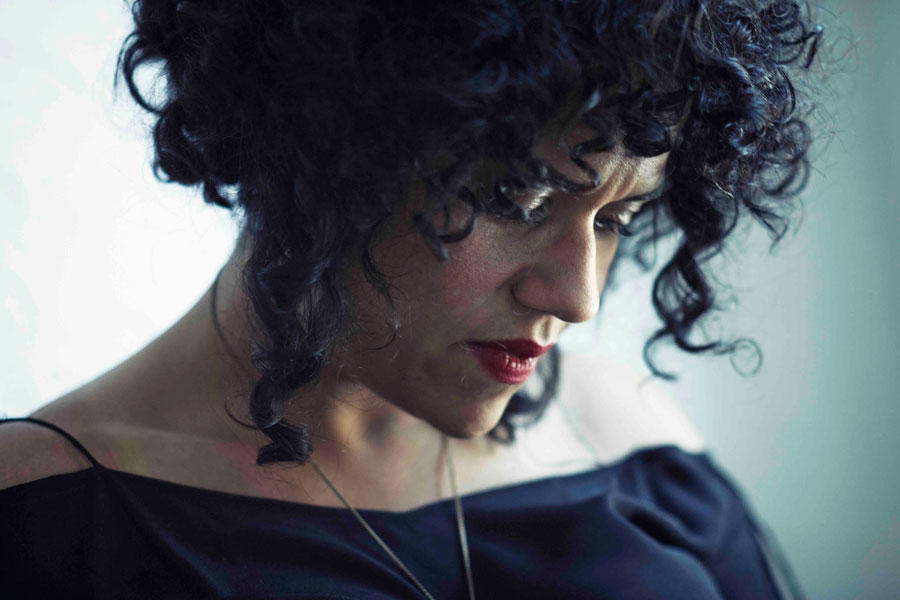 Cecilia Aldarondo is an award-winning documentary director and producer whose films explore intimate, universal themes such as death, memory, family conflict, and cultural difference. Her work has been supported by the MacDowell Colony, Firelight Media, the Jerome Foundation, Sundance Institute, the New York State Council for the Arts, the Arcus Foundation, the Time Warner Foundation, ITVS, POV, and Latino Public Broadcasting, among others. In 2015 Aldarondo was named one of Filmmaker Magazine’s “25 Faces of Independent Film” and won the Paley Center for Media’s annual DocPitch, as well as the inaugural Roberto Guerra Documentary Award. Her award-winning debut feature documentary Memories of a Penitent Heart, about her uncle Miguel’s untimely death from AIDS, was called “exceptional” and “profoundly affecting” by The Village Voice. Memories is a co-production of ITVS, POV and Latino Public Broadcasting, had its World Premiere at the 2016 Tribeca Film Festival, and will be broadcast on POV in 2017. Currently, Aldarondo is developing a new documentary that turns the American high school movie inside out. Her interdisciplinary training in literature, gender studies, contemporary art, and politics informs her artful approach to documentary filmmaking. Aldarondo holds an MA from Goldsmiths College, a PhD from the University of Minnesota, and currently works as Assistant Professor of Film at Skidmore College. 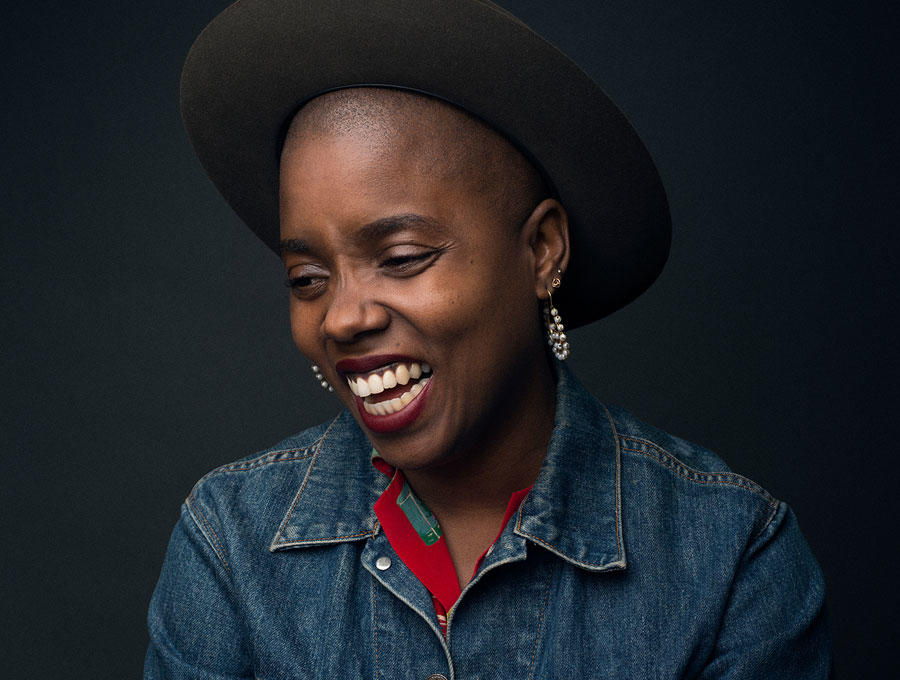 Janicza Bravo is a writer/director based in Los Angeles. She would like you to think that she splits her time between LA and New York but that’s not true at all. Ms. Bravo was raised on an army base in Panama, the land of bananas. She moved to the US two decades ago. She studied directing and design for theatre at Playwrights Horizons at NYU. She’s mounted plays in the states and abroad. Her foray into film began 5 years ago. Her first short,Eat, premiered at SXSW. Her followup Gregory Go Boom played in competition at Sundance and took home a Short Film Jury award. Other shorts include Pauline Alone, Woman in Deep, Man Rots From The Head and Hard World for Small Things. The latter of which can be seen in virtual reality. Her work has also screened at AFI, BAM, Carnegie Hall and Tribeca. Filmmaker Magazine named her one to watch. She is currently in post production on her feature film debut, Lemon. Janicza is allergic to avocado and detests the gumminess of mushrooms. 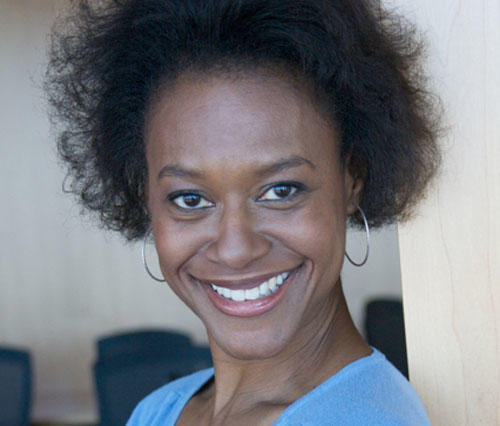 Laurens Grant is a three-time Emmy and Peabody award-winning filmmaker whose has premiered three films at the Sundance Film Festival. She recently directed the documentary Stay Woke: The Black Lives Matter Movement for BET, with Jesse Williams of Grey’s Anatomy serving as Executive Producer. She also produced the Emmy-nominated The Black Panthers: Vanguard of the Revolution, which premiered at Sundance and played in theaters worldwide. Previously, Laurens directed the Emmy-winning documentary Jesse Owens and produced the Peabody and prime-time Emmy winning documentary Freedom Riders, which influenced the Hollywood films Selma and Lee Daniels’ The Butler. 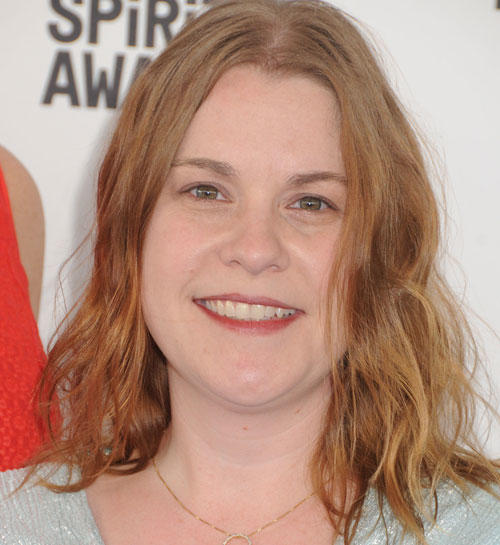 Producers Rebecca Green and Laura Smith launched Two Flints, a production company dedicated to producing provocative stories for mainstream audiences, with the indie horror sensation It Follows. The film premiered at the 2014 Cannes Film Festival and went on to screen at the 2014 Toronto International Film Festival and 2015 Sundance Film Festival. Released by Radius-TWC, It Follows grossed $15 million at the U.S. box office and received 2016 Film Independent Spirit Award nominations for Best Director, Best Cinematography, and Best Editing. Two Flints also produced I’ll See You in My Dreams, which premiered at the 2015 Sundance Film Festival where it was acquired by Bleecker Street. The film grossed $7.5 million at the U.S. box office and was nominated for a 2015 Gotham Award for Best Actress. The Two Flints duo was named on Variety’s 2015 “10 Producers to Watch” list and nominated for the Piaget Producer’s Award at the 2016 Film Independent Spirit Awards. They are currently in post production on the narrative feature And Then I Go, as well as a feature documentary celebrating the 70th anniversary of Highlights magazine. Prior to producing, Green was Manager of Producing Initiatives for the Sundance Institute, Vice President of Lynda Obst Productions, and a Creative Executive at Lionsgate. She has a B.F.A. from the University of North Carolina School of the Arts, serves as a board member of the school’s Alumni West Steering Committee, and is the Fall 2016 Allesee Endowed Chair in Media professor at Wayne State University in Detroit. 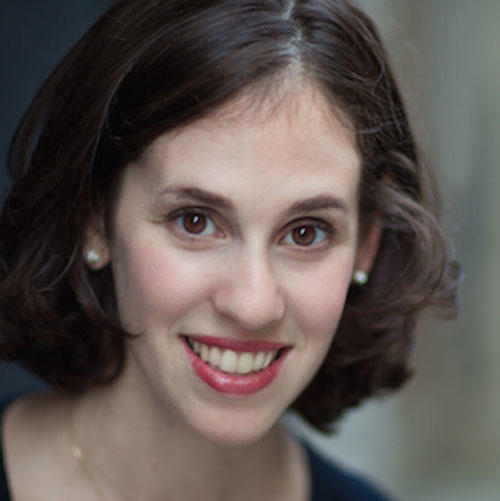 Elyse Steinberg is an award-winning filmmaker who was named one of Variety’s “Top Ten Documakers to Watch” in 2016. Her latest film, Weiner, won the Grand Jury Prize at the Sundance Film Festival. A New York Times critic’s pick, hailed by Rolling Stone as “one of the best documentaries ever made,” Weiner was released in over 245 theaters nationwide by Sundance Selects and is one of the highest grossing documentaries of 2016. She directed the acclaimed feature documentary The Trial of Saddam Hussein (PBS), an exposé about what really happened at the dictator’s trial. A 15-year veteran of film and television, her credits include directing and producing for HBO, A&E, MTV, and the PBS series Need to Know, which focused on issues of prison reform and juvenile justice. 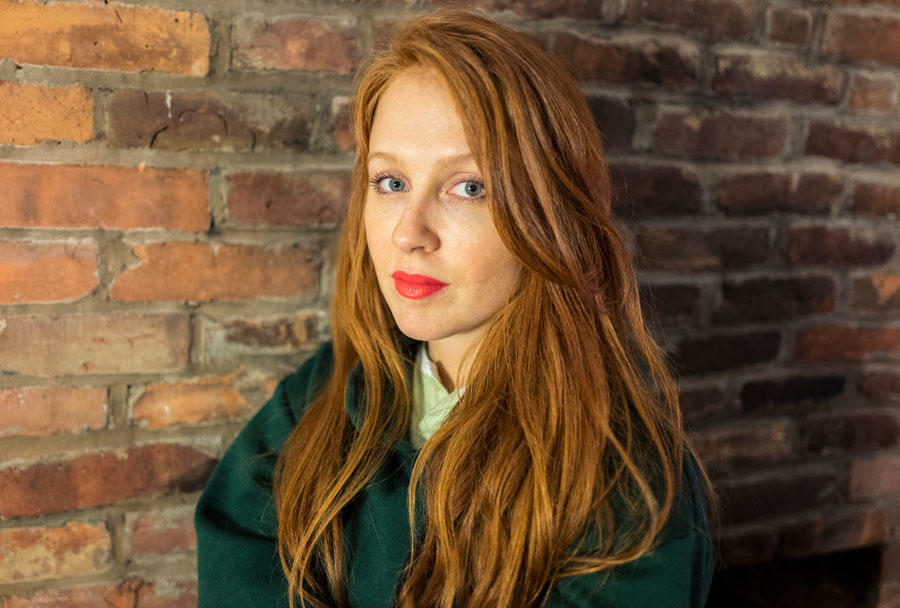 Elizabeth Wood wrote and directed White Girl, which premiered at the 2016 Sundance Film Festival. A New York Times Critics’ Pick, White Girl generated controversy for its head-on exploration of female sexuality, white privilege, and racial inequality. Hailed as “electrifying” by the Los Angeles Times and dubbed a “fire breathing debut” by IndieWire, the film was executive produced by Killer Films, purchased out of Sundance by Netflix, and enjoyed a theatrical release in select American cities through distributor FilmRise. Wood was honored as one of Variety’s 10 Directors to Watch 2016. She holds an MFA from Columbia University’s Film program, where she was awarded a screenwriting fellowship. Before that Elizabeth studied writing, sex, drugs and fine arts at the New School (Eugene Lang & Parsons) and vowed to one day be an installation video artist before she realized that unfortunately that wasn’t a job. After college Elizabeth taught documentary film in New Orleans at schools that had lost their arts programs after Hurricane Katrina. With her middle school students at the Dryades YMCA she made the feature documentary Wade in the Water, Children from their footage documenting life post-flood in mid-city New Orleans. Wood is currently developing several projects for screens of various sizes and mediums of all sorts. She feels sad that we are so quickly becoming robots, and can’t believe that she grew up without the internet. The end of the world is nigh!