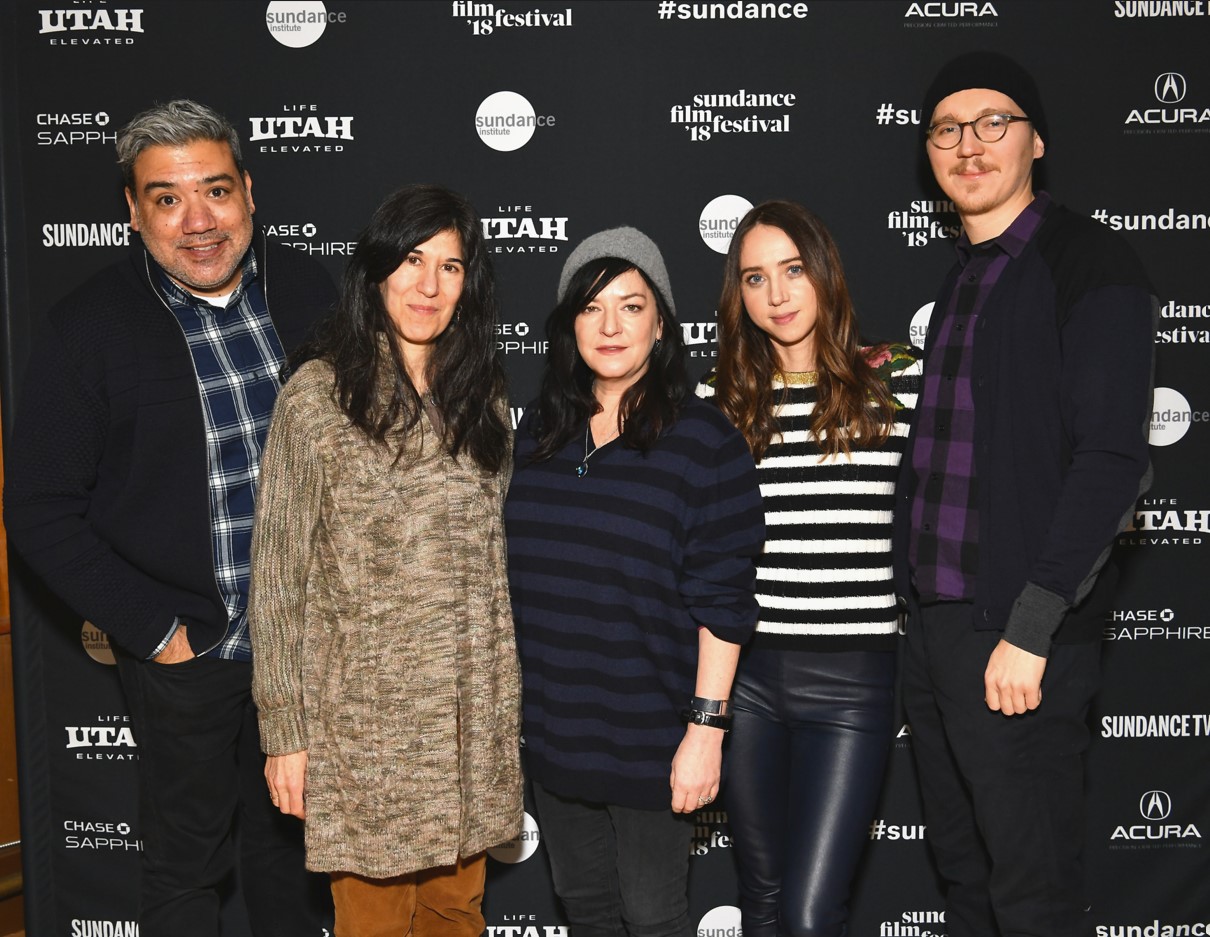 There’s a unique partnership between the director, the screenwriter, and the author when adapting a book for the big screen. When handled collaboratively and honestly, this collective magic can make the viewing experience for new and old fans of the literature that much more meaningful. And although the end product speaks for itself, like every film, these types of projects can present their own production challenges.

These were the main topics of conversation when Eugene Hernandez, Sundance Institute’s new Festival Director, led a panel discussion on adaptation during the 2018 Sundance Film Festival. Hernandez, who will be officially stepping into his new role for the 2024 Festival, sat down with Debra Granik (Leave No Trace), Lynne Ramsay (You Were Never Really Here), and partners Paul Dano and Zoe Kazan (Wildlife), to talk about the inherent challenges that come with directing movie adaptations. Their lively discussion in Park City had audience members laughing and fellow panelists intrigued by each other’s insight.

For Paul Dano, this was his first time directing and he had been thinking about Richard Ford’s Wildlife for over the course of a year. He did a lot of journaling and through that process, he really thought: “Why does this book obsess me? Why does this book haunt me a little bit?”

“What got me to do [the film] was thinking of what the final image could be,” recalls Dano. “Once I had this certain scene or image, I said, ‘Okay. I think I can actually do this.’

The film is based on Ford’s 1990 novel of the same name about a teenage boy forced to deal with his mother’s complicated response after his father temporarily leaves them for a menial and dangerous job. “When I wrote [Ford], he immediately gave me a gift, which I sort of wish every author would do for any filmmaker, and that was he said, ‘My book’s my book and your picture is your picture. I think you’d be doing both of us a disservice if you don’t make what is you.’”

And when Dano wrote his first draft, it was not formatted as a screenplay. “That was conscious because I didn’t want to jump to any conclusions. I was really just trying to understand how one takes internal life and narration and translates it to an image. So, I wrote something that I thought was really good. Then I gave it to Zoe and she tore it apart,” Dano laughs.

But the ideas and the story were there. As Kazan says, “Paul had already pulled all of the treasure from the book.” She just had to learn how to understand Dano’s interpretation, and they needed to work on conveying that back to the larger audience.

“Paul had done a lot of the heavy lifting. He fell in love with this book and I could see why it obsessed him. I told him, ‘I think you should let me do a draft of this and sort of translate what you see in your head so other people can see it,’” Kazan explains. “I did a lot of restructuring and I learned to see the film that he saw in his head and speak in the voice that he was trying to speak in that was half his and half Richard Ford’s — then it became mine too. I had never done that before.”

Director Lynne Ramsay had a similar experience when writing the screenplay for You Were Never Really Here, which premiered at the 2018 Sundance Film Festival. Her film is based on Jonathan Ames’ novella of the same name about a teenage girl who goes missing and a jaded enforcer who attempts to rescue her. Ramsay explains that when she wrote the first 60 pages [of her screenplay], “It read like a novel. It was just thoughts in my head. So I started in that similar way [as Dano]. A lot of it for me is trying to translate what your vision is.”

While making her 2011 thriller, We Need to Talk About Kevin, Ramsay faced an additional challenge that many independent filmmakers can relate to: budget cuts. In the middle of working through her film, she was told the budget was going to have to be massively reduced and that could mean reworking, and perhaps even removing, some crucial parts of the film. And when it comes to adapting a book, deciding what scenes to trim can be a major hurdle.

“I had to reconceive the whole thing. That was a real challenge. I had been working on this project for ages, and I said, ‘I’m still going to do my damnedest to make it.’ It was a 450-page novel and a 70-page script in the end.”

Like her fellow panelists, Debra Granik saw the importance of collaboration with screenwriter Anne Rosellinias as she recalled her journey directing the 2018 Sundance Film Festival screening Leave No Trace. The film is based on the true story of Peter Rock’s novel My Abandonment and follows a military veteran father with PTSD who lives in the forest with his young daughter.

Granik looks back at how the collaboration between her and Rosellinias was crucial in shaping the overall story: “I would send her a draft and she’d send me a lot of notes. She’s someone who I always work with on casting and locations heavily. We scout together. After taking tons of photos of real places or meeting some real characters who we might want to work into the story, she knows exactly what I’m talking about and who I’m talking about. Then we try really hard to make sure other people know why we like it, whatever that location was, or specific type of person or animal.”

Through their distinctive projects, each director brought their own unique perspective to the panel discussion, giving audience members a fascinating window into the world of film adaptation and the obstacles they had to overcome.

While the adaptation from original source material to a feature film can be a tremendous undertaking, audiences are often left captivated by a powerful story — a narrative that perhaps only existed through text before hitting the big screen. These are the projects that bring admirers of literary art into the world of independent cinema.

Check out the entire Sundance Rewind: Adaptation panel discussion at the 2018 Sundance Film Festival below.