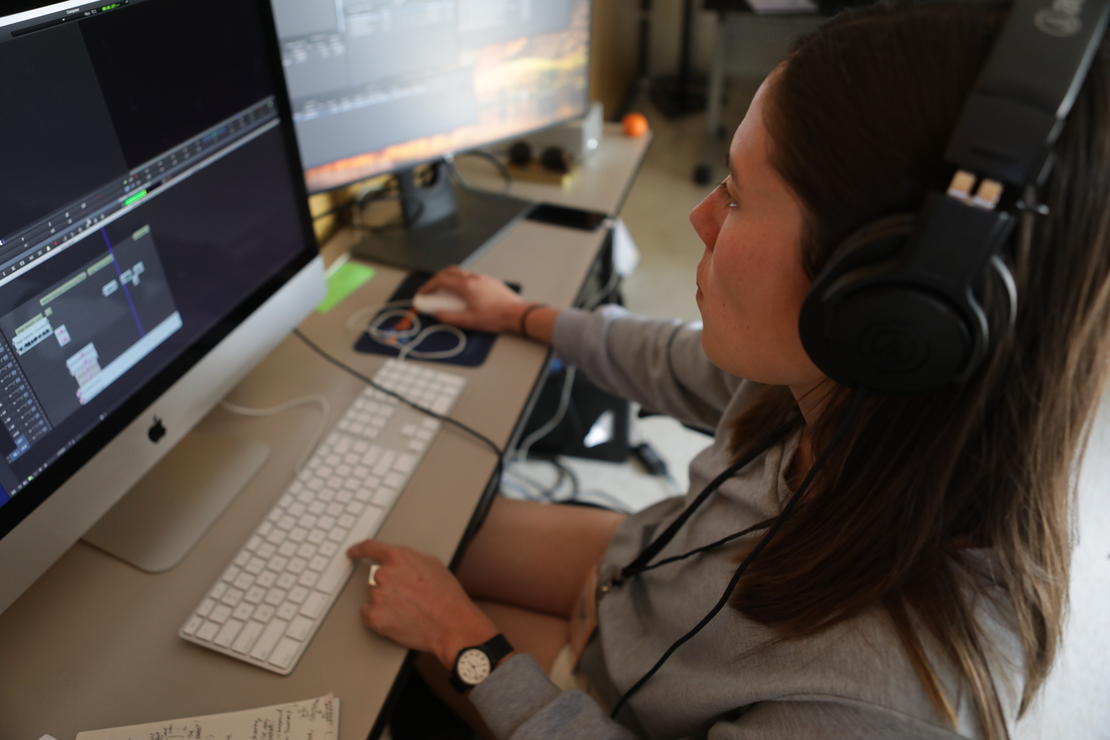 Getting dropped into a completely new project during post-production and being asked to reimagine structures and refocus on the director’s vision—all in one week—is a tall order. But the contributing editors who attended the Documentary Edit and Story Lab this summer are established documentary filmmakers with years of experience shaping stories, and each of them was carefully matched with a project that they could connect with on a deeper level.

Steph Ching—a DOC NYC “40 under 40” filmmaker based in Brooklyn whose past work includes After Spring and the Emmy-nominated Supermensch: The Legend of Shep Gordon—was paired with Singing in the Wilderness. Directed by Dongnan (Nan) Chen and edited by Matthieu Laclau, the film follows the members of a Christian, ethnic-minority choir in rural China who navigate a quickly changing way of life as developers move in.

Though Ching was unfamiliar with the language and culture of the Miao people, as a proud child of Hong Kong immigrants she is “always interested in stories that are rarely (or never) represented. As someone who grew up and didn’t quite fit into a community that was very different from my family’s cultural background, I especially appreciate and am drawn to stories that explore culture loss and identity.”

LA-based, Emmy-nominated editor M’Daya Meliani—whose credits include Born This Way, Red Lake, and Peter Berg’s QB1 Netflix documentary series—worked with Through the Night, which is centered around the extraordinary caretaker of a 24-hour daycare in New York and the working single mothers who rely on it.

As a first-time mom who hadn’t ever left her one-year-old before attending the lab, Meliani says that “motherhood permeated my [lab] experience on every level in the most significant way. It was incredibly empowering to learn from my team, who had each emerged on the other side of motherhood while still asserting their voices as filmmakers, and gather their wisdom both professionally and personally.”

Meliani, Ching, and other contributing editors spent the week at the Sundance Mountain Resort connecting with the director/editor teams, watching footage, providing feedback, editing, and witnessing the evolution of their assigned projects. Here are their top five takeaways from their experience that every editor can apply to their own work.

M’Daya: The biggest takeaway for me from the lab was fully understanding the impact of the first five minutes of a film in setting up its specific language, story, and emotion. As the week unfolded, many of the teams reworked their documentary’s beginnings, revealing in the end just how pivotal the opening can be in capturing the essence of a film, and in turn, captivating the audience.

Steph: The opening establishes the language and paradigm of the film. This is not just the visual style, but the emotional tone and the conflict. It’s like introducing the “character” or personality of the film itself, not just the actual subjects. And then you can always use this as a guide throughout the film. Whenever you’re lost, think about where the viewer would be at this point in their experience—where are they emotionally, what information have they received, what do they need to know next to propel the story onward? And then how do you translate that?

M’Daya: “What are your radical ideas?” was one of my favorite questions I heard during the week (thank you, Creative Advisor Nanfu Wang!). I was in awe of my film team (director Loira Limbal and editor Malika Zouhali-Worrall), who bravely ran with that directive, playing with a whole new cinematic concept for their film. It became clear to me that being open to possibilities and adventurous in the edit may not always create the perfect solution, but it can reinvigorate a project and engender deeper understanding.

3. Remember to screen all the footage.

Steph: Sometimes you have tight deadlines, sometimes you think a certain scene will just never be in the film—and of course those situations need to be considered. But watching down all the footage at the beginning of the process, without feeling rushed, really matters. You won’t just see and understand all the content that you have, but your initial emotional reactions to how things actually play out on camera, in real time, can help reveal the story and are probably indicative of what your audience will feel at different points in your film. What moments stick out? What information is important? What emotionally moves you? You might miss this if you just scrub through.

4. Nature (or change of scenery) is important.

Steph: Let’s be honest—editing is pretty sedentary work. And it’s easy to get physically and mentally stuck. The sheer proximity to nature at the labs was a big deal for me. I’m based in New York City and it’s easy to feel very claustrophobic and frantic here. There you’re in the mountains, and even when you’re stuck, you can step outside and listen to the flowing stream, walk around under the trees, gain more perspective, breathe. And then you can go right back into the edit trailer and focus. Of course in reality, you might not always have a mountain at your disposal, but going for a walk or drive or swim, getting some sunshine or exercise, meditating, looking off into the middle distance, or closing your eyes can actually make a big difference in clarifying perspective.

5. Leave your baggage at the door.

M’Daya: One of the biggest hurdles I had to confront at the lab was myself—my fears, my insecurities, and years of baggage that were not serving me positively, as this experience clearly revealed to me. I learned quickly that I needed to trust the process, trust this incredible community uniquely tailored to uplift each other, and ultimately trust myself—very much like in the edit bay, where magic only happens once you relax, or, as Creative Advisor Alex O’Flinn put so wisely, “Don’t freak out.”