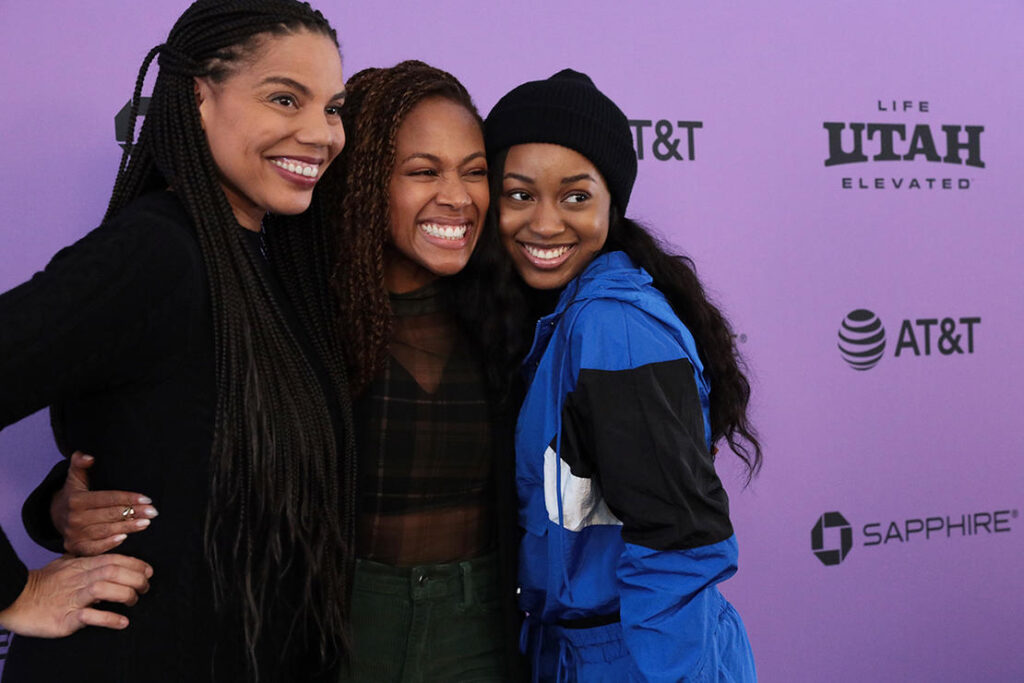 Miss Juneteenth is now streaming—read our report from the film’s world premiere at the 2020 Sundance Film Festival below, and don’t miss our interview with the film’s director, Channing Godfrey Peoples.

“As programmers, there’s no better feeling than discovering a film that unveils a special new talent, a filmmaker whose voice and vision and craftsmanship immediately make you excited about the prospect of getting to show it at Sundance,” said senior programmer Heidi Zwicker at the world premiere of the U.S. Dramatic Competition film Miss Juneteenth. “And that was exactly the case when we saw Channing Godfrey Peoples’s soulful debut.”

The film centers around struggling single mom Turquoise. “Turquoise is me,” the director explained. “She’s my family, she’s the people I grew up with in my neighborhood. … [Turquoises] are women who have heart, who are working every day and living for the weekend, and love their kids and would do anything for them.”

As she works toward a better life for her daughter Kai, she pours her hopes into the Miss Juneteenth pageant: a scholarship competition named for the day slavery was finally abolished in Texas, more than two years after the Emancipation Proclamation was issued.

Despite being a former Miss Juneteenth herself who has since fallen from glory (now working at a hole-in-the-wall bar, along with taking any other side gigs she can get), Turquoise banks everything on the chance for a full-ride scholarship for her daughter—while also clinging to the vague hope that one day she herself will be able to carve out a life to call her own.

Peoples drew inspiration from the pageants she watched each year as a young girl growing up in Texas, where Juneteenth is a huge celebration. “All I could remember is seeing those beautiful African American women glide across the stage. It’s just something that has never left me. … They were who I aspired to be. … And I always wondered, when they stepped across that stage, what happened to those women?”

As actress Nicole Beharie prepared for the lead role, she drew parallels between the delayed emancipation of slaves in Texas and Turquoise’s long-overdue claim to independence for herself. Peoples appreciated the nuance that Beharie brought to the role and noted that when she first wrote the script, “I had written this really tough-love character, and then I had a child, and I found something different after becoming a mother. … There was this joy I can’t describe. I mean, you see the other side of it too”—referring to her young daughter who was making noise in the theater and had to be taken out by her grandmother. But it seemed only appropriate that the little girl made an appearance at this premiere for a film dedicated to her by her mother.

Check out our Twitter takeover by Miss Juneteenth cast member Kendrick Sampson (Insecure, How to Get Away With Murder) on the day of the premiere.

We’re a long way from Texas y’all! Out here in the snow! Premiere is coming up fast