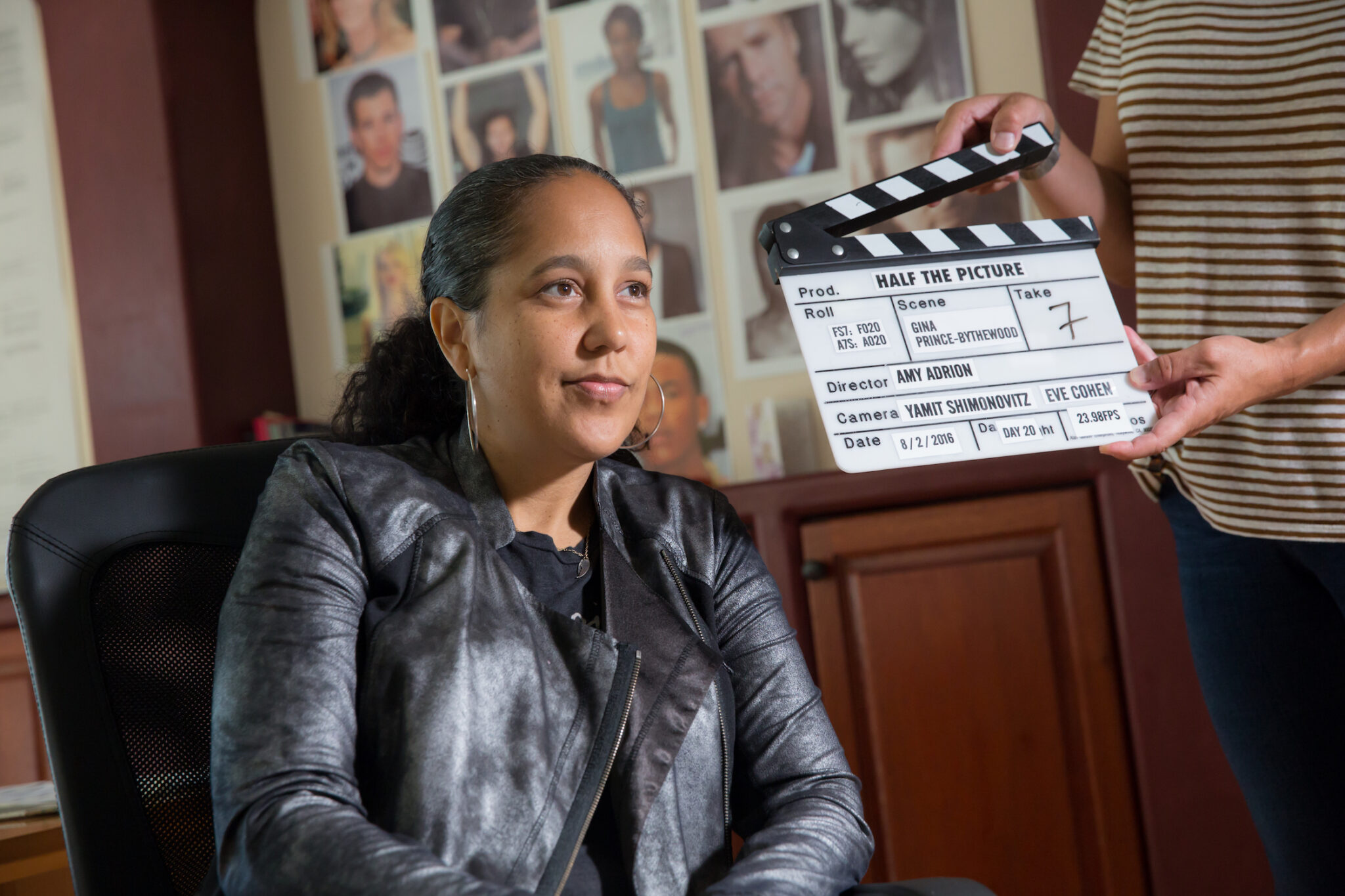 [pictured: Half the Picture]

Today is International Women’s Equality Day, selected in honor of the 1920 certification of the 19th Amendment to the Constitution, granting women the right to vote. To celebrate, we’re looking back at a few Sundance Film Festival premieres that champion Women’s rights and achievements.

We’ve come a long way since that time, yet women across the world are still fighting for the right to vote, to bodily autonomy, and more today. Representation in storytelling is paramount, and cultivating and spotlighting women storytellers is critical. It’s why the Sundance Institute has the Individual Giving campaign for women in film designed to help women artists create and thrive.

Stay educated on Women’s Equality Day — and every day for that matter — by checking out these Sundance Film Festival Premieres centered around women’s rights and breaking gender barriers:

This documentary about the dismal number of women directors working in Hollywood uses the current EEOC investigation into discriminatory hiring practices as a framework to talk to successful women directors about their career paths, their struggles, their inspiration, and their hopes for the future. The film is an important piece of testimony in the fight for the civil rights of female directors in Hollywood. (Available to stream on Roku)

One street corner in Fort Pierce, Florida, is home to both an abortion clinic and a Roman Catholic Church–supported pregnancy clinic whose mission is to prevent women from obtaining abortions. While the abortion clinic takes precautions against threats of violence and fends off protesters, the pregnancy clinic actively spreads misinformation to women about the dangers of abortion. Though neither side will speak to the other, the battle over a woman’s right to choose rages on. (Available to stream on HBO Max)

Filmmakers gain unprecedented access to explore the life and career of United States Supreme Court Justice Ruth Bader Ginsburg, and observe how her legal legacy has propelled the battle for gender equality. The film tracks Ginsburg’s brilliant legal career as she fights for women’s workplace rights, and pays a moving tribute to the important role played in Ginsburg’s life by her devoted husband. (Available to stream on Tubi and Vudu)

This fascinating political look at a little-known chapter in women’s history tells the story of “Jane,” the Chicago-based women’s health group who performed nearly 12,000 safe illegal abortions between 1969 and 1973 with no formal medical training. The film tells the harrowing story of one brave group’s journey to risk it all for a woman’s right to choose. (Available to stream on Kanopy)

My Prison, My Home is about the struggle for women’s rights. The film is based on the autobiography of Palestinian journalist Raymonda Tawil, one of the first Palestinians to engage Israelis in dialogue 24 years ago.  She was arrested several times by the Israeli military and accused of being a collaborator by some of her own people — yet today, she is considered a pioneer of the peace process in the Middle East. Raised in a misogynistic society that limits the freedom of women, Raymonda grew into a person who dared to speak her mind. (Available to buy on Amazon)

The film tells the story of two fierce young suffragettes fighting for a Constitutional amendment guaranteeing women the right to vote. Brainy, charismatic Alice Paul (Hilary Swank) and smart, cheeky Lucy Burns (Frances O’Connor) are real-life mavericks who mobilize a defiant vanguard that gave Congress a run for its money. Paul and Burns take the reins of the National American Women’s Suffrage Association’s (NAWSA) committee in Washington, D.C. and organize a landmark parade on President Wilson’s inauguration day. But the march is violently disrupted by men on the sidelines. (Available to stream on HBO Max)

Journalist, fighter, and feminist Gloria Steinem is an icon known for her world-shaping activism, her guidance of the revolutionary women’s movement, and her writing that has impacted generations. In this nontraditional biopic, against the backdrop of a lonely bus on an open highway, five Glorias trace Steinem’s influential journey to prominence — from her time in India as a young woman, to her role in the rise of the women’s rights movement in the 1960s and beyond. (Available to stream on Amazon Prime)

This searing documentary is about the still-prevalent practice of honor killings in the Kurdistan region in northern Iraq. Despite much progress politically and economically, honor killings are routinely cited as the major human-rights violation among Kurds. Statistics suggest that more than 12,000 women, mostly between 13 and 18, have met a gruesome death at the hands of relatives, usually the men of the family, who are convinced the victim has impugned the family’s honor. The film centers on cases taken up by the Women’s Media and Education Center in Sulaimaniyah, Kurdish Iraq. (Available to buy on Amazon)