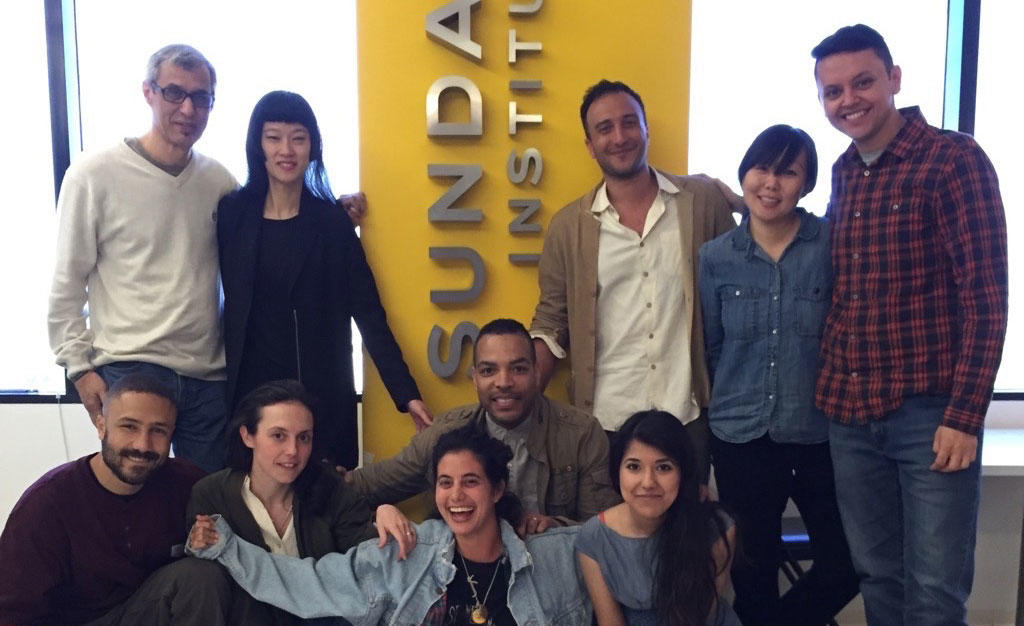 The Asian American Fellowship recently selected Eliza Lee as its third-annual fellow. With support from the A3 Foundation, the fellowship aims to further the presence of Asian American voices in independent film by supporting a writer or writer/director on the development of their feature screenplay.

Lee, whose most recent credit includes the screenplay for A Beautiful Lie about crime novelist Patricia Highsmith, recently attended the Sundance Institute Screenwriters Intensive and spoke with us about her creative origins, inspiration culled from the Hong Kong New Wave, and how she hopes to balance the scales when it comes to women on screen.

You had a fascinating upbringing, but not without significant challenge. Tell me about your early years and how you came to writing.

If you have a broken body, your mind can transcend. Growing up, I was often quite ill. I had a compromised immune system and whatnot. And really wasn’t strong enough until I was about 12, and I was in and out of hospitals a lot. But it was amazing when you’re restricted in this hospital room or being in a hospital bed, how far your imagination can take you.

I guess that was the early beginnings of the spark for wanting to tell stories. I was able to indulge in filmmaking classes really early on, once I was out of the confines of the hospital room. I was allowed to explore whatever I want. I believed that I was going to write all the female characters that I so much wanted to see on screen when I was a little girl. I was determined to major in screenwriting, and I did some of my film education in Canada and a big chunk in the Czech Republic, but I was often one of the few women in my film class.

You have a proclivity for creating and developing women characters. Where does that creative fuel come from?

I am cognizant that as a little girl when I was well I spent so much time at the cinema. Even then I could recognize that there weren’t many women characters I could identify with, let alone wanted to be. Now I fully committed to writing these complex women characters, mostly because I do feel like I need to bring those stories to the screen.

Who are some filmmakers who you count as influences?

I often found myself exploring my part Chinese identity. I found myself drawn to the Hong Kong New Wave—the likes of Wong Kar-wai, Ann Hui, and Stanley Kwan. I found that they were not only able to play with structure, but their stories were always so very personal. The personal and political were never separate, they were intertwined. Yet they were still such universal stories.

What were some of the takeaways from your Intensive experience?

There was a hilarious moment when we all did say “Hello, nice to meet you,” and then immediately we were required to share our heart and soul with a group of strangers. It was a completely safe environment, and we were all willing to go there. For me specifically, I find that I do hide behind fiction, and often I’m writing about real-life stories. I get to say these are the facts. But what Joan Tewkesbury made me discover is that despite that this is fiction it comes from me and it will inherently be personal.

That was revelatory for me; not necessarily that I didn’t know that, but to have to spontaneously in that moment admit it was challenging beyond belief. As a personal modus operandi, I always believe that personal vulnerability is a strength, and boy did I have to be vulnerable. To know that I don’t necessarily need to experience writer’s block—writer’s block is the self-censor inside of me and that if I let it go and am able to admit that these are personal experiences then I can freely write.

What is the significance of this Asian American Fellowship to you?

I’m so grateful for the Asian American Fellowship and for the A3 Foundation giving me the opportunity this year. It’s so important to have a seat at the table and to be able to share my story or my perspective on how a story is told. That’s where change can be made—through people’s whose lives don’t necessarily exist within the center.

Educated in Canada and the Czech Republic, Eliza Lee began in Asia as a DP trainee before returning to her first passion: screenwriting. She takes great pride in world building for her complex women characters. Lee’s feature, Maybe Tomorrow, about rock legend Chrissie Hynde of The Pretenders, is being produced by Michelle Sy. Her screenplay A Beautiful Lie, about crime novelist Patricia Highsmith, was honored at the 2015 Athena Film Festival, and was also selected for the 2015 Outfest Screenwriting Lab.