The Sandbox Fund offers grants, engagement events, and other opportunities for independent artists seeking to explore the intrinsic link between science and culture through innovative storytelling. The program is administered by the Sundance Institute Documentary Fund, in collaboration with Sandbox Films.

Grants are offered to independent artists who are working at the intersection of science and nonfiction storytelling. The partnership identifies and supports nonfiction projects that inspire a deeper interest in science, especially among those who don’t think of themselves as science enthusiasts.

Eligibility & How to Apply

U.S. and international nonfiction projects are eligible, with a focus on feature-length documentary projects.

All applications must be submitted through the Sandbox Fund application portal.

Applicants will be notified within 2-5 months of the deadline.

Grants
The project offers support to projects at all stages of development, production, and post-production. Average grant sizes are as follows:

Creative Considerations
Selection criteria for the Sandbox Fund will emphasize creative narrative techniques and projects that highlight diversity in science, specifically those that feature characters, topics, or disciplines that broaden and redefine what it means to be a scientist or to do science.

Sandbox Films is a documentary studio that illuminates the art and beauty of scientific inquiry. Mission-driven. Artist-friendly. Non-profit. We collaborate with production partners and visionary filmmakers around the world, providing co-production and financing opportunities for feature-length documentary projects at every stage of production. We’re a collective that brings together clashing viewpoints, industries and personalities. We celebrate both the precision and peculiarities of the process. Because science should be embraced for what it really is: humankind’s weird, messy, brilliant way of navigating the world. More info at: sandboxfilms.org

A leading specialist in bioluminescence, world-renowned marine biologist Edith Widder uses the language of light to communicate with the most mysterious creatures in the deep sea. Now, as the impact of human life on the planet is increasingly felt in our oceans, Edie’s work has become especially urgent in order to understand, protect, and illuminate the remarkable life beneath the surface.

Give Love Create discovers the curious workings of Gyula Dékány’s mind, who is on the brink of creating extremely complex molecules that could revolutionize the treatment of all major neurodegenerative diseases, such as Alzheimer and Parkinson’s disease.

Herbaria is an excursion to the world of botanical archives, their processes and their artistic and political derivations in relation to diverse fields such as film preservation and ecology.

Can science solve racism in America? How Free People Think follows Stanford psychologist and MacArthur “genius” Dr. Jennifer Eberhardt on her journey to uncover and overcome bias: the hidden prejudice that shapes what we see, think, and do. Inspired by her bestselling book Biased, we join Jennifer on her quest as a Black mother and scientist determined to protect her family — and to find a practical way forward in the fight for racial equity.

An aging inventor living at the fringe of society makes one last attempt to achieve his lifelong dream: to build a zero emission aircraft, using gyroscopes as propellers. As the story progresses, we understand his traumatic family past holds the key to his obsession.

Space is a Monstrous Animal

In 1986, Adolfo Chaves was a child who loved to play in the backyard of his house in rural Costa Rica, where he could see the clouds travelling in the sky. One windy day, he watched on television how the first Costa Rican astronaut was going into space. With those images in his memory, Adolfo is now one of the members of the first space mission formed only by Latin Americans. He is beginning a 15-month training that may see him fulfill his greatest dream: to travel to outer space… for only 15 minutes.

The deep sea has come to represent a final frontier of human discovery; the last wilderness on earth. The film follows a group of biologists through the intricate process of discovering deep-sea species as they piece together the unknown ecosystems of the largest biome on the planet.

There’s a new drug on the horizon that promises to make people with dwarfism taller—and it’s threatening to erase the very community it aims to serve. As Little People grapple with their uncertain future, director Julie Wyman confronts her own complicated diagnosis of dwarfism. At the heart of the film lies the question: if you could give up the qualities that make you different, would you? And at what cost?

Logline: All Light, Everywhere is an upcoming feature documentary exploring past, present, and future relationships between technology, vision, and power. From arcane theories of sight to the emergence of virtual reality and police body camera programs, the film takes a kaleidoscopic investigation into how the reality of what we see is constructed through the tools, beliefs, and practices of how we are taught to see.

Logline: Take a journey with young minds around the globe as they prepare their projects for the largest convening of high school scientists in the world: the Intel International Science and Engineering Fair (ISEF). Watch these passionate innovators find the courage to face the planet’s environmental threats while navigating adolescence.

Logline: The Most Unknown is an epic documentary film that sends nine scientists to extraordinary parts of the world to uncover unexpected answers to some of humanity’s biggest questions. How did life begin? What is time? What is consciousness? How much do we really know?

Logline: Welcome to Green Bank, West Virginia, the only town in America where, by federal decree, the use of cell phones, WiFi, and other wireless technology is banned. Ironically, Green Bank is also home to the world’s most powerful radio telescope, a place where astronomers search for clues to unlock the history and future of our galaxy. The Quiet Zone follows this close-knit community with one foot in two worlds, past and present, whose way of life depends on the survival of the telescope at the very moment when it’s threatened with closure.

Logline: Merging cinema vérité and graphic visual elements, the film captures MIT Media Lab researcher Joy Buolamwini’s startling discovery that most facial-recognition software does not accurately see dark-skinned faces. Through Joy’s transformation from scientist to tireless advocate, Code for Bias (Working Title) sheds light on the impacts of AI on civil rights and democracy, and it explores what it means to be human in the 21st century.

Logline: Time stands still as a scientific drilling ship retrieves sediment cores from the seabed at the equator. A work of ethnographic sci-fi, Edge of Time intertwines Jorge Luis Borges’ meditations on immortality with scientists’ reflections on oceanography, time, and extinction.

Logline: Fathom follows the world’s most immersed whale researchers to explore their groundbreaking work and how a life among whales has shaped them personally.

Logline: Facing an international public health crisis – the disappearance of our microbes (the ‘good bugs’ that live in us and are passed down from mom to baby) – two globetrotting scientists race to save our health, while four patients with life-threatening diseases triggered by this loss fight for their lives.

Logline: After returning from Afghanistan with severe depression and PTSD, Harry Turner went to the Peruvian Amazon to end his life. There, he met conservationist and scientist Samantha Zwicker, and through their work together raising orphaned wildlife he is finding a reason to live.

Logline: Six people live for one year in a NASA psychological experiment, simulating the first human habitat on Mars.

Logline: Nothing challenges our understanding like black holes: they are the darkest objects and the brightest—the simplest and the most complex. In this film, we follow two teams. One is looking at black holes theoretically, and it is a team led by Stephen Hawking and his collaborators in their attempt to show that black holes do not annihilate the past. The other team is observational, and it assembles an earth-sized telescope to capture the first-ever photograph of a black hole. Woven throughout are reflections on what these most mysterious objects say about the limits of knowledge.

The Eyes to See

Logline: The Eyes to See chronicles the groundswell of researchers who are writing a new chapter for women scientists. 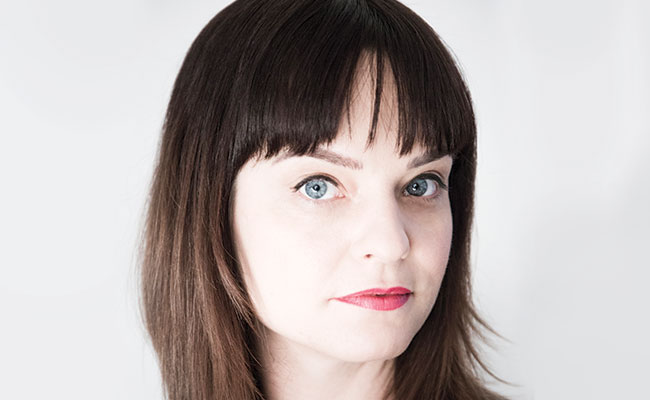 Logline: Director Penny Lane’s decision to donate her kidney to a stranger leads into an exploration of organ transplantation – past, present and future. Part scientific drama and part humorous personal essay, the film shows how scientists made organ transplantation possible, and now aim to make it a thing of the past.

Logline: Is technology an expression of our humanity or is technology destroying our humanity? As our society moves increasingly towards a “technopoly” civilization, this visual essay documentary will explore the unintended and often dehumanizing consequences of our society’s embedded belief that technological progress will lead to the betterment of humanity.

Bahamian painter Kendal Hanna endured years of 1950s-era electroshock therapy before emerging to create a body of work described as “a gold mine.” Artists and scientists collaborate to explore Hanna’s story and the forces that threatened to erase his memory, his work, and his name from history.

Darwin’s Baby follows the venture of an illustrator and a science-philosopher in their pursuit to draw a user’s manual for the human mind. A map of where the inbuilt program ends and the self begins.

End of Land is an observational portrait of apocalypse, myth, and the human relationship with non-human nature, told through the explorations and interpretations of a mysterious new phenomenon: exploding methane deposits that open portals to the past and leave vast craters on Siberia’s Yamal Peninsula.

From vocalists to emcees, educators to artificial intelligence, our voices are something that define much of who we are, but which we often take for granted. Finding Your Voice explores our unique identity rooted in voice through the lens of science, technology, and culture, and the universal journey to find it.

In the dense forests of the Eastern Himalayas, a young woman scientist studies moths. A young man rediscovers the forest he has grown up with. The film follows their fascinating journey into the secret world of moths, inviting us to witness their beauty, their fragility in the face of rising temperatures and our own hidden connection with them.

The world’s greatest astronomers have recently calculated that a new planet, never before seen by human eyes, lurks at the edge of our solar system. Now, the race is on to find it, and whoever succeeds will be responsible for one of the most momentous discoveries in history

Old worlds decolonise future worlds, migrant bodies prepare to settle on the moon. Through role-play, magic, and doppelgängers, Red Moon offers an experimental vision and template for future diasporas beyond Earth. How will the first children of the moon understand origins, borders and territories?

In an eye-opening exploration of the gender spectrum, we humans increasingly defy binary categories, while science has learned to measure biological sex by myriad factors. Is it time to socially redefine gender in more complex ways, beyond our narrow ideas of chromosomes and testosterone?

The Age of Loneliness

It is estimated that over 40% of the planet’s insect species are flying towards a catastrophic demise. As the world enters the 6th wave of extinction, we need to prepare ourselves to live in a flowerless world, with silent forests and the collapse of functioning ecosystems. If we lose insects, who is to say humans aren’t next? The Age of Loneliness is a look at the global fight to stop the impending insect apocalypse.

Wilfred Buck is a hybrid feature centering on a Cree elder who’s been called the Indiana Jones of Indigenous star knowledge. Weaving together his harrowing past and his present life with sky stories, we’ll move between the gutter and the stars to unpack colonization’s impact on Indigenous ways of knowing.