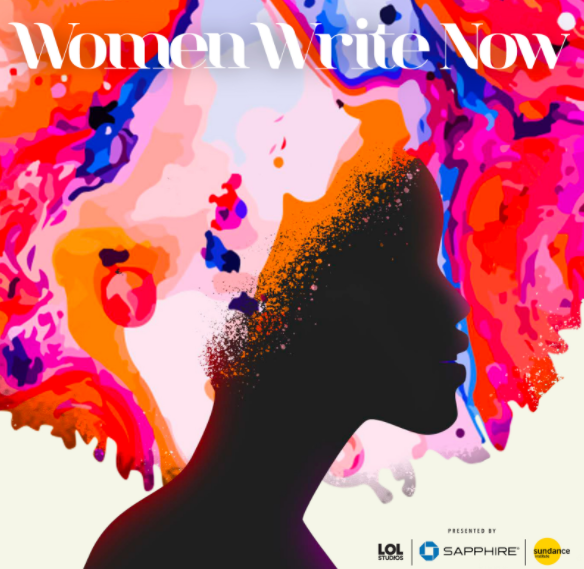 Launched in July 2021, Laugh Out Loud’s Women Write Now, presented by Chase Sapphire and developed in partnership with Sundance Institute, is a comedic writing fellowship designed to champion and elevate the next generation of Black women in comedy through mentorship, advocacy, production, and exhibition.  Chosen from a pool of over 670 submissions, Blair was selected alongside fellows Danielle Nicolet and Moni Oyedepo to develop and produce their comedic scripts under the guidance and mentorship of award-winning filmmakers, industry leaders, Laugh Out Loud executives, and partners from Sundance Institute. Each fellow was paired with one of the Women Write Now guest directors—Gabrielle Dennis (A Black Lady Sketch Show), Meagan Good (Harlem), and Bresha Webb (Run the World)—to bring their project to life working alongside the LOL Studios production team. The short films–Buddy and Bernice (written by Wilandrea Blair, directed by Gabrielle Dennis), Black Karen (written by Danielle Nicolet, directed by Meagan Good), and Take the Job (written by Moni Oyedepo, directed by Bresha Webb– are streaming exclusively on Peacock.

Following the completion of their short films, each fellow had the opportunity to pitch new projects to NBCUniversal and Laugh Out Loud executives for the chance to secure a development deal with NBCUniversal Television and Streaming, with Blair’s submission being selected from the three.

“Women Write Now was created from a simple insight – the burning notion that there should be more of Black women in the writer’s room, in the director’s seat, and in control of the green light,” said Laugh Out Loud President Thai Randolph. “It has been truly inspiring to see what started as the seed of an idea for a writing fellowship quickly blossom into a village of artists, allies, executives, mentors, and sponsors coming together to forge bonds as meaningful as the work produced.”

“Through our collaboration with Laugh Out Loud, we’ve worked together to support and amplify Black female comedy writers, providing them with opportunities to get their work made and exposed to tv and film executives. Additionally, we are truly excited that the short films of our Inaugural group of writers have already had an enthusiastic response from audiences,” said Michelle Satter, Founding Senior Director of the Institute’s Artist Programs.

“Since being selected for the Women Write Now Fellowship, I have been in a constant state of gratitude. The amazing fellowship founders from Laugh Out Loud, led by Thai Randolph, didn’t just develop a fellowship, they created a powerful team of the most influential, intelligent, and generous women in this industry,” said Wilandrea Blair. “I’m just a Black chick from Flint with dreams of being a comedy writer. Women Write Now went above and beyond to affirm, empower, and actually put those dreams in motion. I’m incredibly excited for this opportunity with NBCUniversal and ready to keep putting in the work.”

The 2021 Women Write Now fellowship is supported by presenting sponsor Chase Sapphire®, the premiere rewards travel credit card for people who are passionate about making more of every moment. To watch the exclusive behind-the-scenes making of the selected films as well as interviews from the fellowship recipients, directors, and Laugh Out Loud executives, tune into the three-part digital documentary series Script to Screen – presented by Chase Sapphire.

Laugh Out Loud and Sundance Institute will be bringing the Women Write Now screenwriting fellowship back for a second year, with submissions opening Monday, April 25.  For more information, submission requirements, and program updates visit womenwritenow.com.

Laugh Out Loud is a comedy brand and multi-platform entertainment company dedicated to keeping the world laughing together. Founded by comedian, actor, and producer Kevin Hart, LOL delivers the best in comedic content and experiences across its multiple divisions—LOL Audio, LOL Network, LOL Studios, and LOLX. From stand-up legends to the next generation of comedic talent, LOL curates comedy’s boldest voices to produce original scripted and unscripted series, stand-up specials, radio shows and podcasts, live broadcasts, experiential activations, and more. LOL content is distributed to a diverse, global audience of more than 100 million fans across the LOL OTT Network of FAST Channel partners including Pluto, Peacock, Tubi, Roku, Xumo, Redbox, and more. LOL Audio has access to an additional 100 million listeners via partnerships with SiriusXM, Stitcher, and Pandora. Known for content such as Cold As Balls, What the Fit, Comedy in Color, Die Hart, and more, the company has amassed more than 1 billion video views across its digital platforms,  and has worked with brand partners such as AT&T, Headspace, Lyft, Old Spice, P&G, Viacom, and more. Find us online at www.laughoutloud.com  or on Facebook, Instagram, Tiktok, Twitter, YouTube, and Snapchat via @lolnetwork.

Chase Sapphire Reserve® and Sapphire Preferred® are premier rewards travel credit cards for people who are passionate about making more of every moment. Sapphire Reserve opens the door to new flavors, sights and sounds with extraordinary access to experiences, on top of rich travel and dining benefits, such as 3x points on travel and dining worldwide and an annual $300 travel credit. Sapphire Preferred provides ongoing rewards to inspire your next adventure, such as 3x points on dining, select streaming services and online groceries, and 2x points on travel. Plus with both cards, points are worth more when redeemed for travel purchased through Chase Ultimate Rewards®. Learn more at www.chase.com/MoreWithSapphire

About Sundance Institute
As a champion and curator of independent stories for the stage and screen, the Sundance Institute provides and preserves the space for artists in film, theater, film composing, and digital media to create and thrive. Founded in 1981 by Robert Redford, the Institute’s signature Labs, granting, and mentorship programs, dedicated to developing new work, take place throughout the year in the U.S. and internationally. Sundance Collab, a digital community platform, brings artists together to learn from each other and Sundance advisors and connect in a creative space, developing and sharing works in progress. The Sundance Film Festival and other public programs connect audiences and artists to ignite new ideas, discover original voices, and build a community dedicated to independent storytelling. The Sundance Institute has supported such projects as Clemency, Never Rarely Sometimes Always, Zola, On the Record, Boys State, The Farewell, Honeyland, One Child Nation, The Souvenir, The Infiltrators, Sorry to Bother You, Won’t You Be My Neighbor?, Hereditary, Call Me By Your Name, Get Out, The Big Sick, Mudbound, Fruitvale Station, City So Real, Top of the Lake, Between the World & Me, Wild Goose Dreams and Fun Home. Join the Sundance Institute on Facebook, Instagram, Twitter, and YouTube.