What’s in a Name? Director Arturo Perez Jr. on the Truest Signature He Can Give 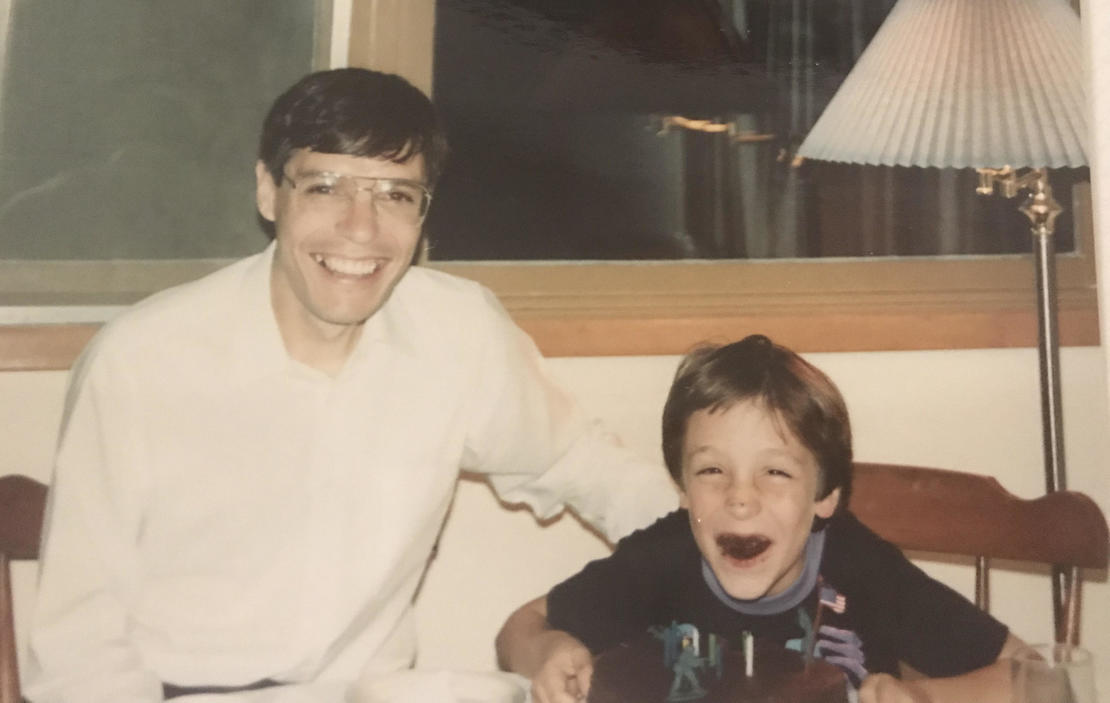 Arturo Perez Jr. and his father shortly after arriving in the United States

In celebration and observance of National Hispanic Heritage Month (September 15–October 15), we’re publishing a number of short essays, anecdotes, and free-form editorials that speak to the unique experiences, often untold, that artists and creatives of Latinx descent have gone through. We hope that these pieces offer you a new insight into the world that most people whose ethnic and cultural heritage is nuanced and complex live in.

Our first piece comes from Arturo Perez Jr., an award-winning director who premiered the short-form dark comedy series Quarter Life Poetry alongside Samantha Jayne at the 2019 Sundance Film Festival. He directed all nine episodes of the series, which will debut on FX Networks this fall. In this piece, Arturo reflects on the subtle politics of names—in this case, his—and what’s behind them.

I was born Arturo Perez—no middle name, just Arturo Perez—in Mexico City. When I was eight years old, my parents decided to leave Mexico—to leave behind everything they’ve ever known, with three small children, and head north to chase after the American Dream.

Flash forward to my first day of eighth grade: Ms. McBride’s class. She read off the class roster: Emily, Andrew, Katie, Kevin … and then she paused. I knew she was staring down at my name. She couldn’t pronounce it. Finally, she gave up and announced, “A-turtle!” The class burst out laughing. She even laughed. And the way she laughed made me cry.

So from that moment on, I was “Art.” Not because I didn’t want to be Arturo—I loved my name. I just didn’t want to be “A-turtle”—I didn’t want to be a joke. So I became Art out of necessity. And it just kinda stuck. So much so that some of my best friends still call me Art. My wife even calls me Art. And recently when my sisters text me, they write “Art” as well—which is so weird, because they’ve always called me Arturo.

As a filmmaker, though, I realized that I had to choose one name—a name that would stamp every piece of work I’d ever be proud of. And the answer was clear to me: it had to be Arturo. So that’s the name that I use in all of my work. I’ve lost some commercial jobs because of this—some clients have thought that I may not understand their American boards because I have a Spanish name, even though I’ve spent most of my life in this great country. But at the end of the day, the name Arturo is the truest signature I can give.

And it’s not just Arturo—the full name I use is Arturo Perez Jr. I added the “Jr.” because Arturo is my father’s name too. You see, my childhood idol was Ken Griffey Jr., and every time I said or heard his name, I’d subconsciously think of his father and his lineage. Now, my father is not a king, nor is he rich or famous. But my father is selfless and brave and the hardest-working man I’ve ever met. He is a man who gave up everything so that I could have a better life. And that, to me, is worth honoring. And if one day my name happens to end up in lights, perhaps someone out there, subconsciously, will think of my father. And that makes me smile.

So my name is Arturo Perez Jr. Without a middle name. Because my father
didn’t get a middle name, either. But feel free to call me Art. Some of
my best friends do.