What to Watch at the 2022 Festival: Get to Know People With These Biographical Films 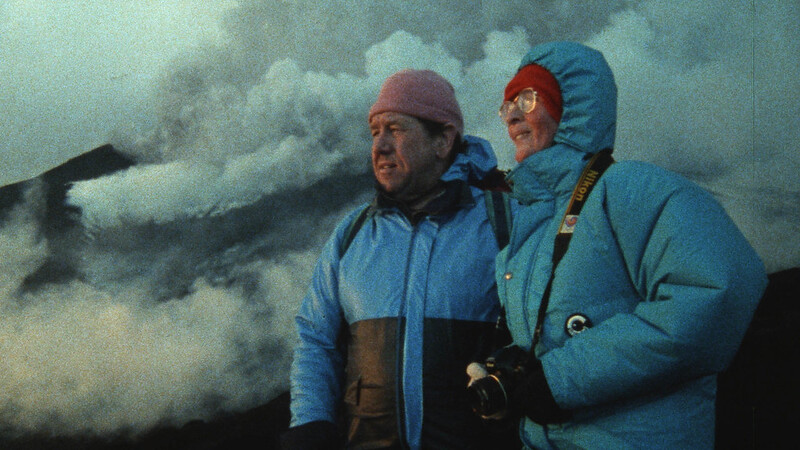 Maurice and Katia Krafft chased after active volcanoes with the same passion that fueled their love. Their story is told in Fire of Love.

Are you weary of the daily details of your life and longing to get lost in someone else’s for a while? Do you wonder about the reality behind a pop culture moment from the past? Do you want to discover a new story, something true about someone you’ve never heard of?

You can fulfill all of these desires with the many biographical films screening at the 2022 Sundance Film Festival! Each film gives a close-up, behind-the-scenes look at a person — or a group of people — who made a public impression.

Go back to the beginnings of Kanye West with a trilogy that has been literally decades in the making. Learn about Sinéad O’Connor’s heartbreaking childhood and how it spurred her most controversial moments. Watch Lucille Ball and Desi Arnaz come together and make history. Or witness the exciting journey of a volcanologist couple in the 1990s who gave their lives for their dangerous love.

Stepping out of your current worries and into the situation of someone else is a great way to expand your empathy and challenge what you thought you knew. And in some cases, it might just make you a little more content with your own lot in life.

jeen-yuhs: A Kanye Trilogy (Premieres) — It’s not often we get a documentary featuring decades of fly-on-the-wall footage that follows an artist’s rise from humble beginnings to the level of pop culture icon. That’s exactly what directing team Coodie & Chike offer with this astounding trilogy. They have followed Kanye West with a camera since 1998, documenting the twists and turns of his career and giving us an unprecedented insider’s view.

Fire of Love (U.S. Documentary) — Though they may not exactly be household names, Katia and Maurice Krafft were rock stars in the world of volcanology. The couple shared a passion for volcanoes and spent their lives together getting up close and personal with flowing lava and dramatic eruptions. Though their fascination eventually cost them their lives, they left behind mountains of discovery and mesmerizing footage that audiences can now enjoy in Sara Dosa’s breathtaking documentary.

The Princess (Premieres) — The world can’t get enough of Princess Diana. Years after her tragic death, she continues to inspire movies, television series, and all forms of news coverage. But you’ve never seen her like this. Director Ed Perkins relies on archival footage to thoughtfully tell Princess Diana’s story and to examine the ongoing impact of her legacy.

Nothing Compares (World Documentary) — When Irish singer Sinéad O’Connor stared calmly into the camera and ripped up a photo of the pope on live national television, the uproar was immediate. Media coverage swiftly labeled her an abhorrent attention seeker and concluded that she had ruined her career. But how did O’Connor view her own career? Kathryn Ferguson deftly uses exclusive interviews and archival footage to examine O’Connor’s fraught beginnings, display her unwavering boldness and disregard for fame, and offer a thoughtful view of the human behind the controversy.

We Need to Talk About Cosby (Premieres) — When it comes to Bill Cosby, there’s a lot to be said. Comedian and director W. Kamau Bell decided to say it, and the result is a four-episode-long look at Cosby’s career from the beginning, the impact he had on America’s consciousness, and the subsequent effect of all that later came to light. This expertly crafted deep dive is full of things you never knew about Cosby, along with things you wish you didn’t.

Lucy and Desi (Premieres) — Who better to direct a documentary about one of America’s most beloved women in comedy (and her famously charming husband) than Amy Poehler? The film follows Lucy and Desi from their earliest backstories to their fateful meeting and subsequent lasting influence on the world of entertainment. This is an insightful look into two iconic lives, both in and out of the public eye.