What to Watch at the 2022 Festival: A List for the True-Crime Buffs 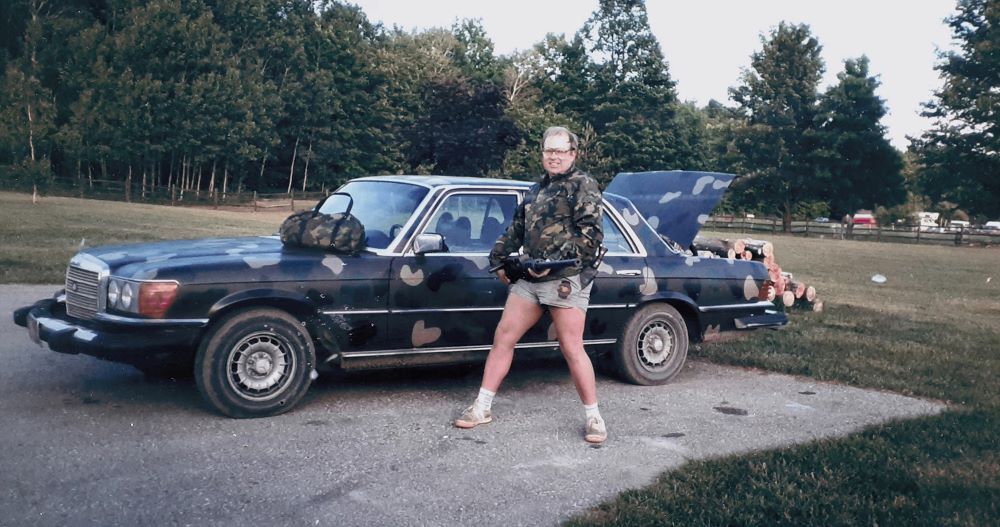 There’s no denying that real-life criminal acts — the more bizarre, the better — provide the basis for some of cinema’s most transfixing stories, in both narrative and documentary realms. And judging from current viewing trends, reality-based entertainment is more popular than ever.

The source material for the 2022 Festival’s fiction selections is heavy on original stories (many leaning toward the fantastical), but, as often is the case, tales involving varying types of true crime form the backbone of a handful of documentary titles. The theme also shows up in an upcoming dramatic series chronicling a missing-person investigation in small-town Sweden, which is screening in the Indie Episodic Program.

Criminal charges in these films range from the petty, like identity-based ones, to more serious cases like murder and greed-driven corporate crime. Two documentaries place their focus on recent, extremely high-profile subjects involving once-relied-upon entities like Boeing and Bill Cosby.

As they say, truth is stranger than fiction, and these titles all seem assured of getting people talking.

2nd Chance (Premieres) — Richard Davis, the colorful subject of Ramin Bahrani’s first documentary feature, initially set out to fight crime, with his company Second Chance. They developed the first lightweight bulletproof vests made of Kevlar and the like, which assisted in saving the lives of hundreds of law enforcement officers. But along the way, Davis also fell into some criminal ways, his sketchy dealings eventually leading to legal battles over fraudulent claims about his products. He is a man passionate about his stance, however lawful.

892 (U.S. Dramatic) — A dramatized account of the descent of Brian Easley (John Boyega), a U.S. Marine veteran whose escalating troubles eclipsed one morning in 2017 when he walked into a Wells Fargo bank, asked for money, and claimed to have explosives in his bag. But of course, there’s more to the story, something in the fight-the-system Dog Day Afternoon vein, revealing how desperation and battling injustice can turn anyone into a criminal.

The Dark Heart (Indie Episodic) — The Sundance Film Festival presents the first three episodes of Gustav Möller’s five-part, made-for-TV Scandi noir that tracks the case of a disappearance of a wealthy landowner in southern Sweden and a young missing-persons investigator’s obsession with uncovering the truth behind the seemingly unsolvable case. The names of all parties involved have been changed, but the real-life details are well-known, at least in its home country, becoming the subject of an acclaimed book in 2018.

DOWNFALL: The Case Against Boeing (Premieres) — After two devastating and deadly Boeing 737 MAX crashes in a period of just five months late 2018/early 2019, the one-time king of aviation was placed under the microscope. Despite their best efforts to lay the blame elsewhere, Boeing was charged with “criminal conspiracy to defraud the FAA,” resulting in a massive $2.5 billion settlement. Sundance Film Festival regular Rory Kennedy’s film details the events leading up to investigation with shocking clarity, aided by ex-employees of the airline company and the families of passengers tragically lost on those flights.

Free Chol Soo Lee (U.S. Documentary) — In 1973, 19-year-old Korean émigré Chol Soo Lee was wrongly convicted for a gangland murder in San Francisco’s Chinatown. His imprisonment launched a movement, as a large community of supporters rallied for his freedom. This moving, quietly devastating film shows the permanent toll 10 years of prison life took on a man already faced with a difficult existence.

We Need To Talk About Cosby (Premieres) — There’s already been a lot of talk about Bill Cosby, the formerly beloved TV star and comedian who was publicly accused in recent years of multiple instances of sexual assault. He was convicted in one case and sent to prison, but in June of this year, the conviction was overturned and the 83-year-old released. This disturbing four-part series features testimonies from his victims and commentary from others who knew him and worked with him. “I never thought I’d ever wrestle with who we all thought Cosby was and who we now understand him to be. I’m not sure he would want me to do this work, but Cliff Huxtable definitely would,” director W. Kamau Bell said in a statement released to the public.