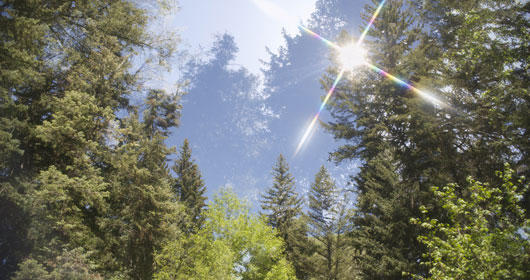 One of the most thrilling aspects of my work at the Feature Film Program is discovering and working with first- and second-time narrative feature filmmakers. As part of our ongoing efforts to expand the different ways in which we support emerging artists, we are excited to announce the four newest members of our family, Feature Film Program development Fellows MK Asante, Aurora Guerrero, Nate Parker, and Stacie Passon, each of whom is the recipient of a $5,000 development grant as well as two designated screenwriter mentors. They will also be part of our year-round project support continuum that provides customized tactical and creative support from script to the screen.

MK Asante is a bestselling author, hip-hop artist, and professor of creative writing and film at Morgan State University. He is the author of the critically-acclaimed memoir Buck, described by Maya Angelou as “a story of surviving and thriving with passion, compassion, wit, and style,” which MK is now adapting as a feature-length film. Set in North Philadelphia in the 1990s, Buck has been described as “the gritty and inspiring coming-of-age story of a rebellious boy’s journey through the wilds of urban America and the shrapnel of a self-destructing family”.

Since premiering at the 2012 Sundance Film Festival, Aurora Guerrero’s debut narrative feature, Mosquita y Mari, has traveled to over 100 film festivals and has garnered multiple awards.  Named a Time Warner/Sundance Storytelling Fellow in 2012, Aurora’s second feature, Los Valientes (The Brave Ones), has been awarded the 2013 SFF/KRF Screenwriting & Packaging Grant and the Tribeca Narrative Grant.  Los Valientes follows Felix, a gay undocumented Mexican immigrant who moves to a small town in Pennsylvania to live with his sister and her husband and work at a poultry processing plant. When the mayor proposes an anti-immigrant ordinance, both Felix and the immigrant community retreat deeper into the town’s shadows and simmering tensions rise to the surface.

Nate Parker is an actor known for his roles in the films Red Tails, The Secret Life of Bees, The Great Debaters, Ain’t Them Bodies Saints and Arbitrage.  He grew up in Norfolk, Virginia, less than ten miles from the site of Nat Turner’s fierce rebellion and, with his transition into writing, brings to life the story of the plantation slave turned preacher who leads his people in an unprecedented uprising against their white oppressors in Birth of a Nation.

Stacie Passon’s debut film Concussion premiered at the 2013 Sundance Film Festival and subsequently won a Teddy Award Jury Prize at the 2013 Berlin International Film Festival. She is currently developing her second feature, Strange Things Started Happening, a bold and timely film that, in an honest and spare way, tells the story of an elderly woman living amongst the suburban ruins of greater Detroit who slowly succumbs to an all-consuming paranoia that leads her to commit a horrible crime.

These bold, singular voices – as different as can be – join a rich lineage of independent filmmakers that continues to inspire, challenge, enrich, and connect audiences around the world. We look forward to beginning this exciting journey with them.