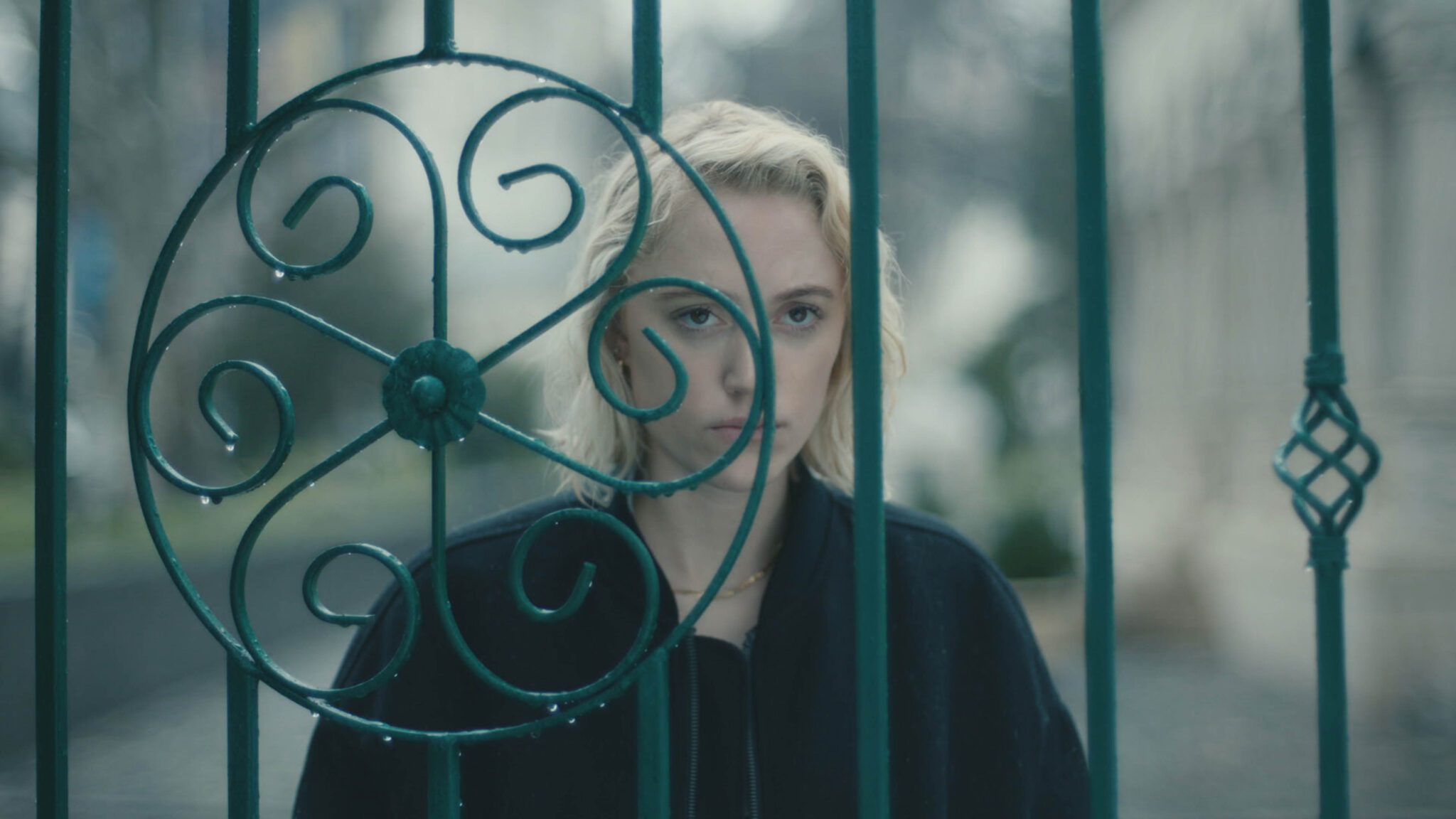 Remaining flexible served Chloe Okuno well while making her first feature, Watcher. The director’s debut psychological thriller was six years in the making when it premiered Friday night at the 2022 Sundance Film Festival. The script had originally been written to take place in New York City, but the pandemic had other plans, forcing the crew to shoot in Bucharest. Okuno cleverly used this to her advantage.

“Rather than try to make Bucharest look like some nameless North American city, I embraced the fact that that’s where we were gonna go, and I rewrote the entire script to take place in Romania,” she remarked during episode one of Sundance’s How to Fest Daily series moderated by Sundance programmer Ana Souza. “It unlocked this whole other narrative where suddenly, it’s not just this woman moving into an apartment, it’s this woman moving into an entirely new city.”

The woman in question is Julia, who moves abroad with her new husband Francis for his job promotion. Unlike Julia, Francis is part Romanian and fluent in the language, which opens up a gap in their relationship. While he’s busy working all day, she’s left alone to wander the wintery streets of Bucharest and lounge in their luxurious apartment. Julia’s isolation in her new city is key to the film’s plot, and Okuno makes Bucharest come alive as its own character within the film.

Cooped up, Julia notices someone watching her in the adjacent building, and as the stranger’s observations continue, she launches an obsessive quest to prove her suspicions to her skeptical husband. Meanwhile, a serial killer known as “The Spider” stalks Bucharest, targeting young women.

Watcher hypnotically weaves a web of suspense and misgivings as Julia, isolated in a foreign landscape, must defend her intuition. She is restless, at times melancholic, and overall, out of her element — her anxiety is palpable. When Souza asked why Okuno is drawn to horror, she referred to anxiety as a motivating factor: “A lot of anxious people tend to be people who like horror movies… I know for myself, I’m a very anxious person and I tend to sort of focus on a lot of my fears and spiral in my head in a way that’s probably incredibly unhealthy,” she laughs. “Horror movies — it’s a little paradoxical because you would think that horror feeds the anxiety — but actually I think it allows you to have a sort of release.”

Watcher’s ending delivers a major release, and was another situation where Okuno’s flexibility served her well. Inspiration struck a mere five days before she was set to shoot the final scene, and she ended up rewriting it completely to deliver a conclusion more in line with her intended message. That film reflects upon “the fear and isolation that we often feel as women, especially when we’re just moving through the world on a day-to-day basis and experiencing things that are frightening in ways that are oftentimes difficult to communicate,” Okuno says.

Julia’s character, played by Maika Monroe, embodies the sense of isolation that women often experience when their intuition is patronized or outright dismissed. “What [Maika] brought to the role — which I love so much — is this real, true, simmering anger and frustration that you can tell she’s trying not to show,” Okuno says. “But it’s there, and it’s so real and present. I certainly feel that, constantly in [the film] business, when people tend to doubt you… for a variety of reasons,” Okuno says. “I’m sure Maika has probably experienced that as well and her performance was really honest,” she continues. “Even though it’s a sort of classic simple minimalist suspense story that we’ve seen a lot, it was also a weirdly really personal movie on that particular level.”