Watch These Films With Mom This Weekend 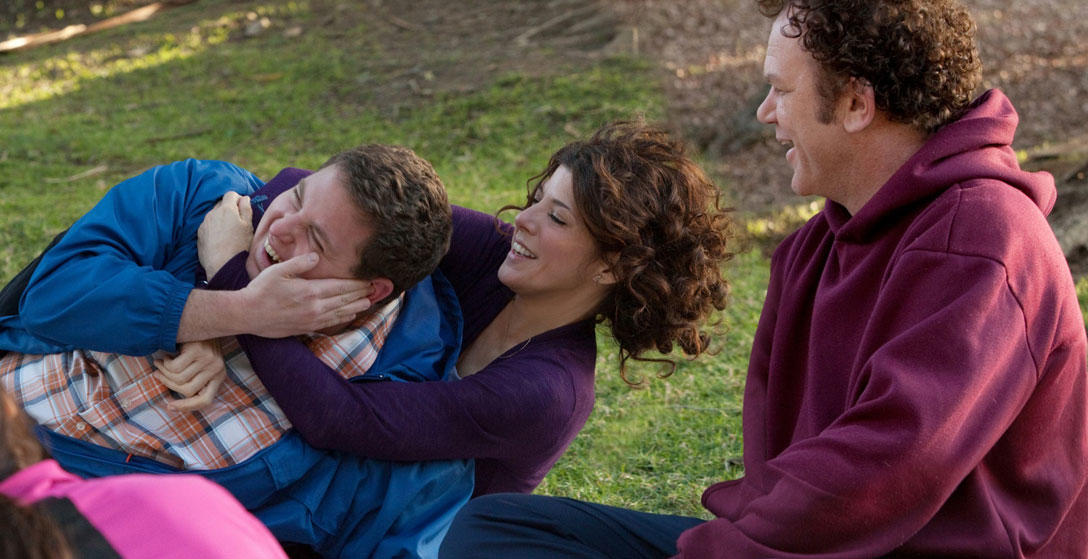 A mother’s love is of the most ineffable variety. In the
spirit of abiding by that rule, we won’t attempt to belabor the point here.
Instead, a range of films has expressed that truth for us. From the
well-intentioned but over-nurturing tendencies of Marisa Tomei in Cyrus to Lily Tomlin’s hysterical set of
circumstances in Grandma, here are
our film picks to take in with Mom this Mother’s Day weekend.

Cyrus showcases the Duplass Brothers at the top of their directing game, thrusting eccentric characters into intimate circumstances and letting the result play out on screen. In this case, recently divorced and still despondent John (John C. Reilly) finds his new relationship with a sweet single mother named Molly progressing quickly (Marisa Tomei). That is, until her emotionally stunted 21-year-old son Cyrus gets involved. In her role, Tomei embodies the classic patience that only a mother can exhibit, even when that tolerance sometimes means nurturing a pest of a child. GoWatchIt.

In line with the enduring tests that motherhood can sometimes present, Maria Full of Grace mines territory that no mother should ever encounter. Maria Alvarez is a pregnant teenager living in Bogota, Colombia, and struggling to support her family by working a menial job stripping roses of their thorns. When she meets the charming young Franklin, Maria is presented with an opportunity to work as a drug mule and provide a potentially better future for her unborn child, but not without risking her health, safety, and freedom. GoWatchIt.

Down to the Bone

Director Debra Granik’s 2004 Sundance Film Festival Directing Award winner stars Vera Farmiga as a working class mother fighting to save her marriage and raise her sons while trapped in drug addiction. Stark, chilly, and authentic, Down to the Bone is a painful tale of one mother’s repetitive downfall despite a resolve to change. GoWatchIt.

Elle, a onetime successful poet, abruptly breaks up with Olive, her girlfriend of four months. But before she gets a chance to get overly sentimental, her granddaughter, Sage, unexpectedly shows up with an emergency that requires money. With the clock ticking, the two set out in a vintage Dodge and drop in on Elle’s old friends and flames, asking for help but instead ending up rattling skeletons and digging up secrets. GoWatchIt.

The daunting and all-too-common undertaking faced by single moms is captured with tender insight and honesty in Alison Anders’ Gas Food Lodging, as a family of women struggle to find meaning in a desolate New Mexico town. GoWatchIt.