Through a Unique Lens: Lifting Up Artists on The Spectrum 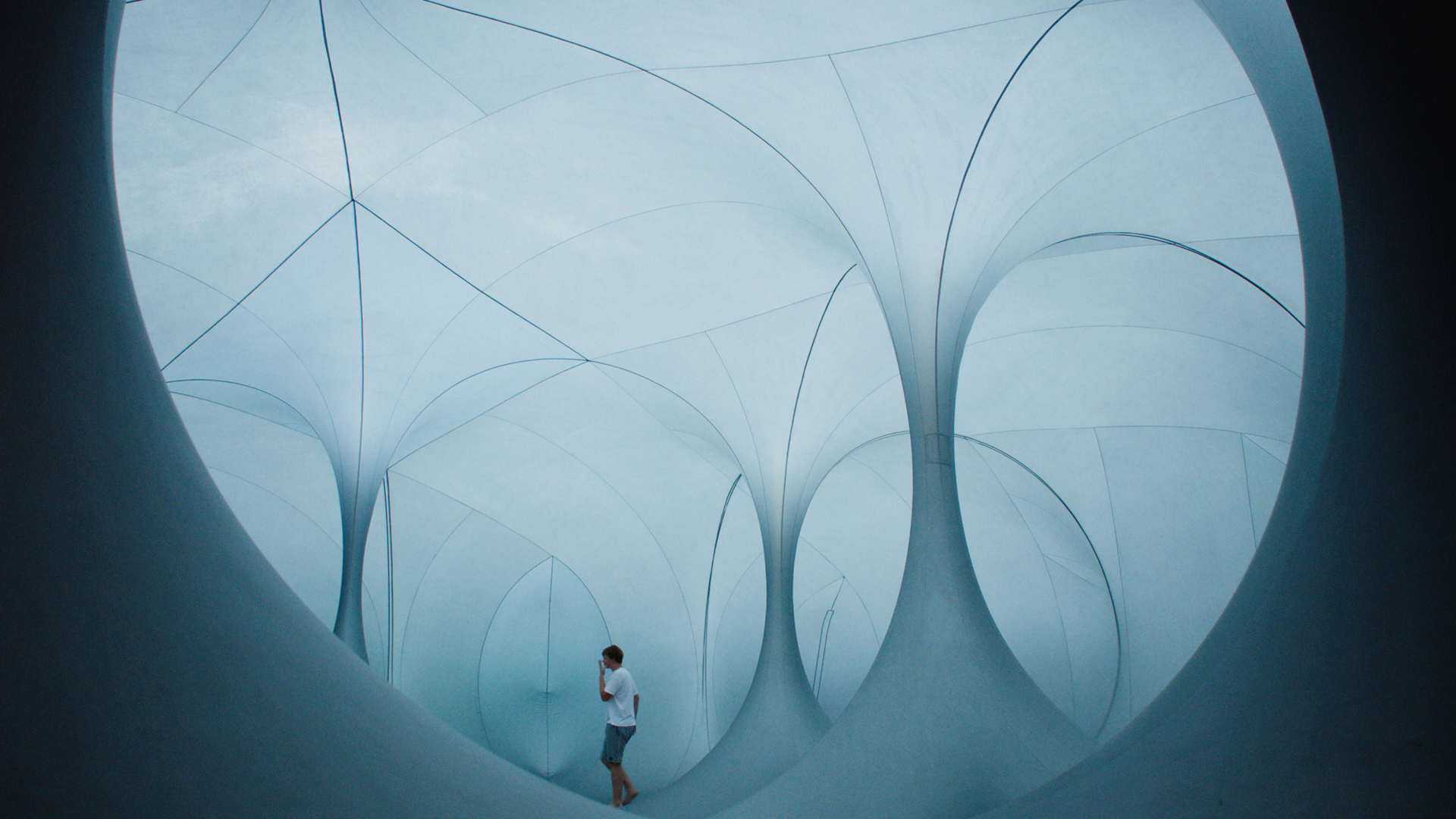 Art allows us to express ourselves in so many unique ways and, sometimes, in ways we never thought possible. I saw this in Jerry Rothwell’s Sundance Award–winning film The Reason I Jump (2020), based on the series of poems written by Naoki Higashida, and I see it everyday in my twin nephews who, like Higashida, are on the spectrum.

It’s safe to say that my family and I have learned a lot over the last two and a half years.

When my nephews were diagnosed with Autism Spectrum Disorder (ASD), my sister did everything she could to research and get the right support, but we still weren’t totally sure what to expect in the weeks, months, years to come. It was just 2013 when the term autism was changed to autism spectrum disorder by the American Psychiatric Association. ASD is now an umbrella term used to describe a number of symptoms and behaviors, proving even more so that each individual has their own distinctive needs and therefore requires different support. But what does that mean for us?

My nephews are still early in their development and, because of this, we understandably have questions about the future that may not be answered right away, but the diagnosis has helped me understand just how unique each mind truly is.

I’ve spent the last month or so diving into some pretty amazing films created by and starring artists on the spectrum. Projects like Keep the Change (2017), Life, Animated (2016) and How to Dance in Ohio (2015), help us look at life through a different lens. However what’s more important is that these remarkable artists and filmmakers share their stories with the world. This is so important because sometimes the most difficult part for families with members on the spectrum is just being heard. Finding the right support and representation can be challenging.

As someone who helps care for my nephews, I have to say it’s so encouraging to see these films take center stage. I’ve learned that supporting the ASD community means providing the right content that represents them accurately. And although I can’t speak directly on behalf of people on the spectrum, my family and I have a unique perspective when it comes to how certain films can make an impact. It’s a lens we never thought to look through two years ago, and now it’s our center focus.

While my nephews may be considered nonverbal right now, they love music, and it’s remarkable how easy it is to understand them when they start to sing. The look on my sister and her husband’s face when Leslie first started singing was incredibly special. It still is. Joel followed his brother just a few weeks later and suddenly, the term “nonverbal” had a whole different meaning for us.

It’s imperative that artists — whether they’re filmmakers, actors, musicians, painters, children, teenagers, adults — have the ability to express themselves, and in an environment in which they thrive, no matter their situation or circumstance.

We hear stories all the time of people on the spectrum who are nonverbal but find remarkable ways to communicate — and beautifully. Naoki Higashida was only 13 when he wrote the book, The Reason I Jump, which developed into a cinematic experience. Since then, he’s written almost 20 books.

“Of course, the film [The Reason I Jump] can’t reproduce the experience of being autistic, but what we’ve tried to do is shift from the neurotypical way of seeing things,” Rothwell says during his 2020 Sundance Film Festival Meet the Artist segment about the documentary. “Neurodiversity is a really important concept because what it does is make us understand that we all see the world subtly differently.”

It’s worth noting that the film, which shares portraits of five non-speaking autistic people on four continents, received the 2020 Festival Audience Award, proving that it resonated deeply with viewers. That’s what the ASD community needs to see.

“I hope this changes the way people see non-speaking people on the spectrum. [The film] gets away from labels like mild and severe, high functioning and low functioning, and instead puts you in the shoes of particular people around the world to see things through their eyes,” explains Rothwell.

A huge takeaway for me over the last couple of years has been that people on the spectrum are very different from one another, and it’s impossible to represent them all in one character. There is so much that’s been done to support the ASD community through film, but I also noticed when good intentions miss the mark. And films that center around a person on the spectrum without casting actors on the spectrum just don’t work. There are thousands of talented actors with ASD who are qualified to play different roles in film, so one thing is certain: They are absolutely capable of representing themselves.

“It’s gradual, but we are starting to see that shift with actors who are able to accurately represent a neurodiverse character now being guided into these roles much more than they were before, rather than someone who is sort of neurotypical representing those roles,” says Ana Souza, manager and programmer for Sundance Institute. “It could be a lot faster and it should be a lot faster, but I think the important thing is the conversation around it and the fact that people are now looking very carefully and proactively at their casting choices.”

Director Rachel Israel takes a good approach with her rom-com Keep the Change, a love story about dating along the spectrum, in which all the actors who portray them are also people on the spectrum. The film was praised as “sensitive and realistic,” as well as “compassionate and refreshing.”

Keep the Change meant a lot to me because it’s a bold love story. And, although it’s a long time from now, something that occasionally pops into my head is how my nephews will navigate the dating world. Heck, how does anyone navigate the dating world? My sister and I constantly want to protect them, and this film really helped me see dating on the spectrum in a different light.

There are a ton of other films to help give people a better understanding. Take this comment under the YouTube trailer of Life, Animated, a documentary about a young autistic man who finds a common language with his parents, and sees his communication skills develop: “I can’t even lie, this whole [film] taught me so much. I had very little understanding of autism and was extremely ignorant about the topic, especially as a really young kid. I feel like everyone should watch this and to be honest, they should show it in schools.”

Movies are so influential. One film can make all the difference for both the audience and the director. But more importantly, it can make a huge impact on the community being represented.

“Representation is incredibly important, and where we find that most nuanced expression is in independent film,” Souza emphasizes over Zoom. “There’s something wonderful about that, and the directors who are shedding light on these stories.”

My nephews are 4 1/2, and we still have so much to learn. But as they work through school and therapy (and boy, do they work hard), it’s so evident that art plays a massive role in their lives. I am always thinking about what it will be like when they become teenagers and start to discover their passions. There’s no doubt that there are obstacles. I know the verbal communication aspect can be especially hard for my sister, but we’re constantly blown away by how she’s able to speak their language and get on their level. It’s her own unique narrative.

That’s another reason why these films are crucial. They lift up people on the spectrum and their families to show that their stories matter, they’re unique, and that there’s so much beauty in seeing the world differently.

People on the spectrum are not just artful, they’re powerful, and the work these artists produce is nothing short of breathtaking. It makes sense that the first time I ever heard both my nephews’ voices was through song.

“Representation is incredibly important, and where we find that most nuanced expression is in independent film. There’s something wonderful about that."
Ana Souza
Programmer