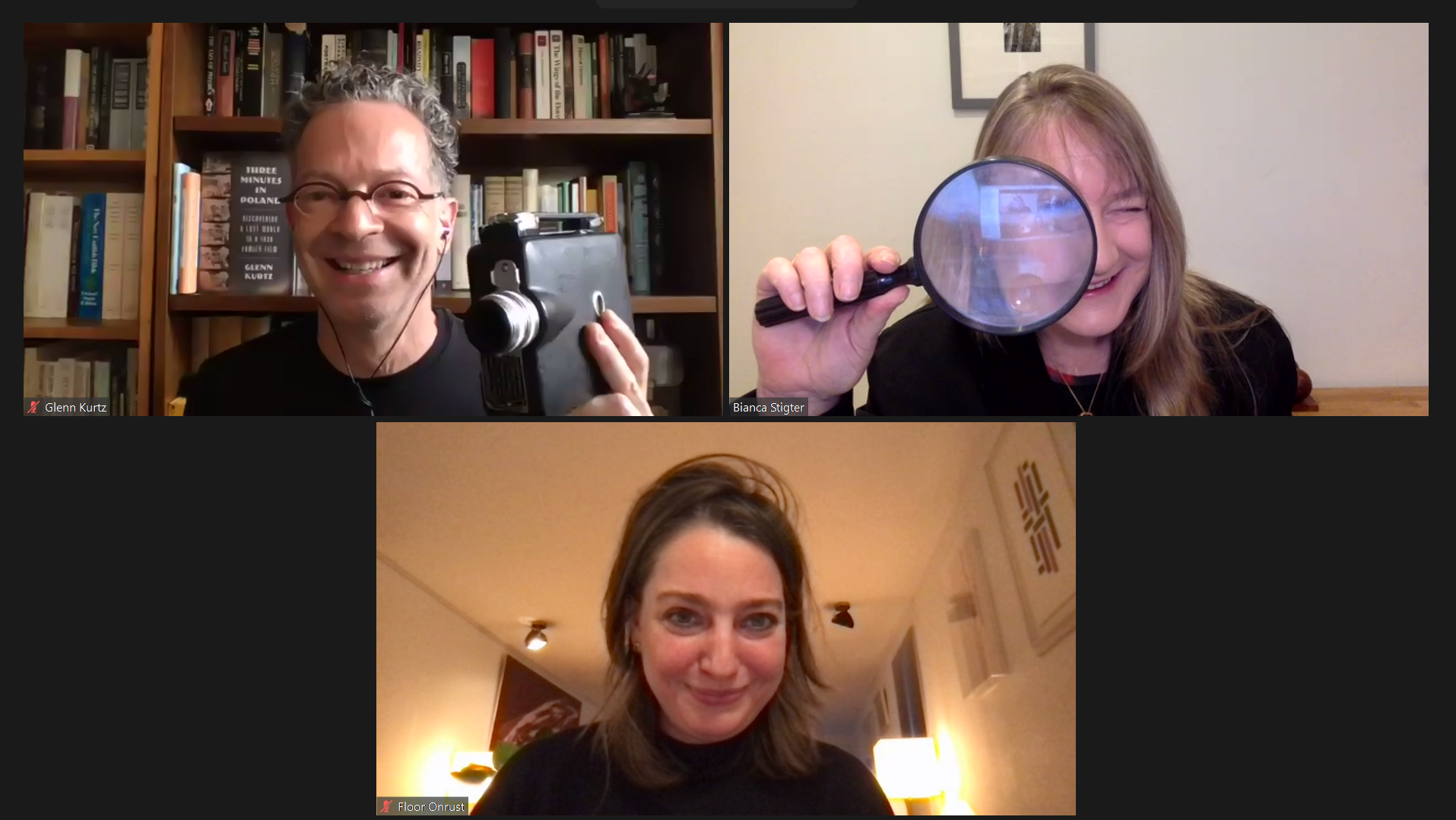 When a ten-year old boy addressed the artists and creators of Three Minutes – A Lengthening during the film’s post-screening Q&A, he said he “was amazed with what they were able to find.” That proved that director Bianca Stigter’s documentary sends a message that resonates with all audiences.

The film centers around author Glenn Kurtz and his 2009 discovery of a crumbling 16mm color home movie in his parents’ closet. It contained amateur footage his grandfather shot in 1938 while on a vacation to Europe. The film included three minutes of what would turn out to be the only known footage of the predominantly Jewish town of Nasielsk, Poland — just one year before the Nazi occupation would destroy the community, leaving fewer than 100 survivors of the Holocaust.

In this warm yet eerie film essay, Stigter traces the story of those three minutes with the help of Kurtz, who at first was “cautiously interested” when she approached him about the project.

“I felt this tremendous responsibility to these people as individuals who had happened to be captured by my grandfather’s film,” Kurtz says. “I had, in some sense, inherited perhaps the only footage of them that exists and I really wanted to know who they were.”

That determination launched a four-year research project to try and identify the individuals who appear in the film. Kurtz would later connect with Stigter thanks to a social media post. He connected her to important contacts with the Holocaust Museum and arranged interviews, and that was the starting point of the project.

“I was immediately very taken with the footage because you see people so very much alive and what made it extra special was that it was in color. The colors made it even more vivid,” says Stigter.

“But three minutes is quite short when you compare it to a full feature documentary. I thought, ‘How can we keep these people present longer?’ I had a feeling that there was so much more to show and explore.”

The film is unique in that it starts off with three minutes of old footage with no context. The beginning is warm and inviting. But the tone begins to shift in an almost haunting way, as viewers start to realize the devastation that’s to come.

“We know something in this film that they don’t know,” says Kurtz. “They’re happy, they’re excited, they’re waving at the camera, and we know what’s going to happen to them. The point is to recognize how little we have of them in order to highlight how much was lost.”