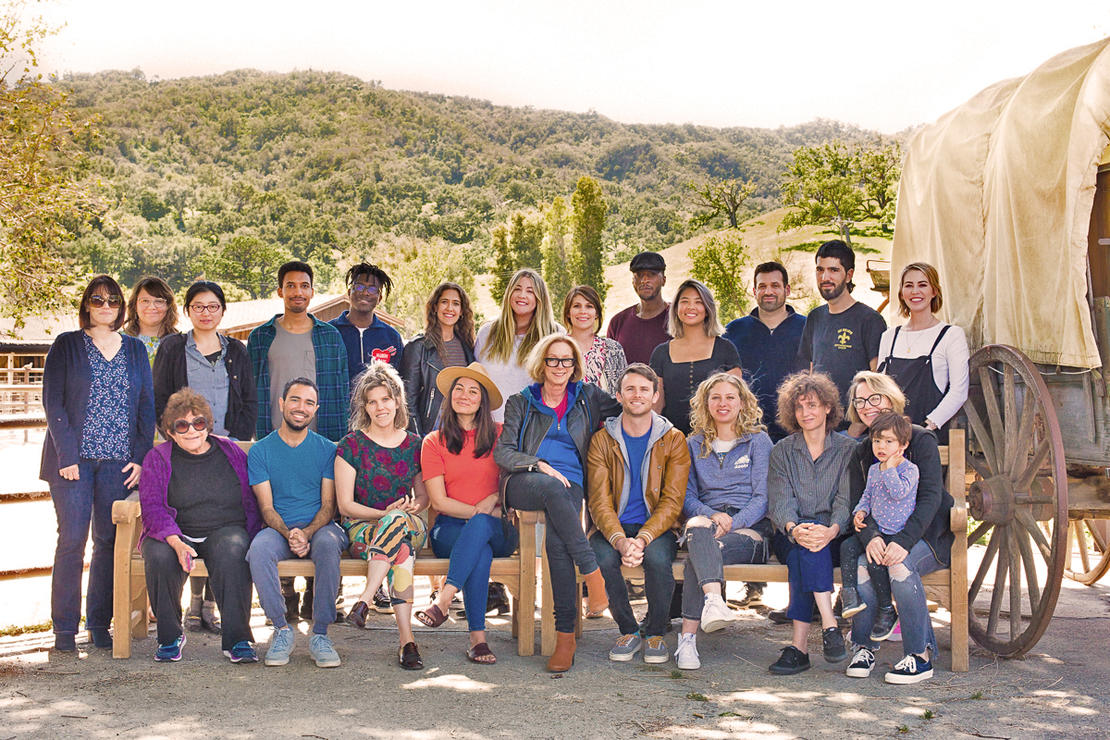 There’s no one path to becoming an episodic-content creator—and this year’s lab artists proved it. As part of the Sundance Institute | YouTube New Voices Lab, 15 artists spent April 8 through April 11 in Solvang, California, working with Sundance Institute mentors to workshop and hone their episodic craft and projects. And it quickly became apparent—from a reality-TV producer to stand-up comedians to a former professional ballerina, each creator had a different story to tell. We chatted with some of the artists about their backgrounds, projects, and process, and here’s what they had to say!

Your start was as a reality TV producer. What has the transition been like from that to fiction, as far as developing your characters?

My approach to character development in scripted work is actually really similar to my reality work. For reality TV, I’ve spent years diving into hundreds of hours of footage to learn who each person is: their season-long arcs; their backstories; their quirks. I pay attention to what makes me fall in love with them or smack my head in exasperation. All of that applies to scripted work. The difference is that in scripted, I’m developing a character from the ground up rather than figuring out how to use existing footage. It’s a challenge I’ve really been enjoying.

Your “bona fide weird” animation project explores the sex lives of bugs. At what point did that go from just a funny idea to a whole series?

The minute I got the call from Sundance. Right now, I have to settle some important philosophical questions about how to realize the inner life of these bugs, but I’m really excited about the seriality of it. I like to make things with a lot ideas compressed into them—with a series, I can tease out separate bits and sequence them in new ways. Not just across episodes, but across whole seasons.


Biniam: Stand-up really only exists as a live medium. I can rewrite a joke as much as I want, but I have to get it on its feet in front of a crowd and see how it does before deciding how to make it better. With scripts you could compare it to letting your friend read your first draft.

Opey: It’s also different writing with someone else. For the series, we definitely do more prep and fleshing out of the beats, and we try and go through every possibility. Whereas in stand-up, when I find the angle I usually stick to that angle.

You’re the creator of the web series Ghost BFF. How do you balance its comedy with the seriousness of its subject matter? Is there such a thing as going too far?

I feel like the balance comes from the comedy. Without it, the show might be too “on the nose” and not as fun to watch. I also think that the comedy makes the show relatable and accessible, especially considering its taboo subject matter. I think there is such a thing as going too far, but I try not to be the judge of that! Otherwise, it gets really hard to write. I let my producer or friends tell me if it’s gone too far, and then I’ll adjust if I agree. It’s very important to me to be respectful of my audience and subject matter.

You spent six years as a professional ballerina in Germany—how did that prepare you for the world of episodic writing and directing?

Living abroad challenged me to shift my perspective, and it gave me access to all kinds of amazing stories. Being in a ballet company prepared me in so many ways—I will forever have the discipline from training, the perseverance, and also a sense of fearlessness around hard work in general. People talk about how hard directing is, standing on your feet all day, and all I can think is, “At least you’re not doing it in pointe shoes!”

We also asked a few about the experience being a part of the New Voices Lab, and if the way they thought about their projects changed during the lab experience. We got some interesting answers!

The lab changed the way I think about filmmaking. I learned how to mine the self for stories I had tucked away for years, to summon emotions incomprehensible, hilarious and profound. I learned how to eavesdrop and spy on scenes that are already there, to listen to my most vulnerable self.

The lab reminded me that my point of view is valuable and worth hearing. And at the core of all things, I am an artist first. The lab was better than therapy.

Oh my god, yes! I think the real events that take place in my script were so traumatic that I needed to laugh, and so I initially wrote a full-blown comedy. But the workshops with these mentors really made me be more honest about the pain I experienced. They made me feel empowered to tell a story that matters, to make art, to use my fucking voice.

In collaboration with YouTube, the Sundance Institute | YouTube New Voices Lab supports a group of 15 Creators (or co-creator teams), developing scripted digital series. The program begins with a four-day Lab, where fellows participate in creative workshops led by notable Sundance Advisors to develop their storytelling skills. Later, the fellows participate in a two-day lab in Los Angeles, where they work with writers, showrunners, and producers to hone their projects through one-on-one story meetings, writers rooms, and group conversations about production, post-production, and marketing.