From the Archives: The Visionaries: A Roundtable of Documentary Editors Share Their Tips and Tricks 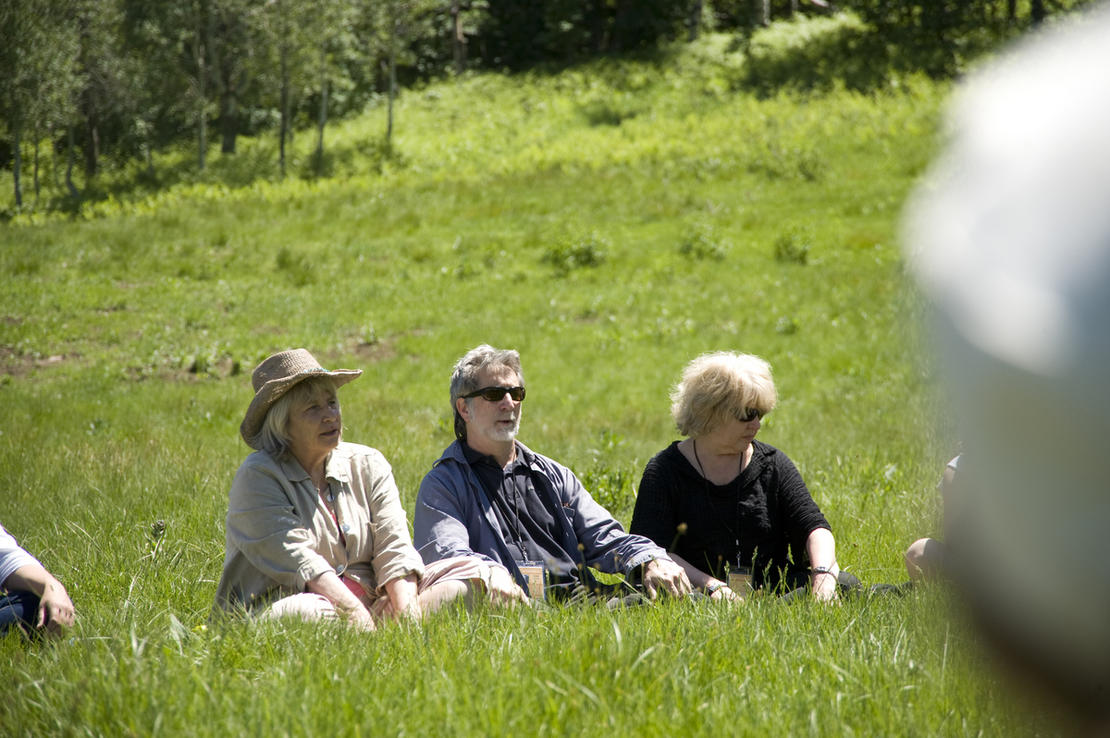 [Editor’s Note: To continue celebrating 20 years of the Documentary Film Program (and the yearly occurrence of Doctober), we’re thrilled to dive into our archives and pull out some great advice and gems from our Labs. Originally published March 1, 2019]

The director goes out into the field to tell a story. They shoot hundreds of hours of footage and return home to—what people in the documentary world often call their marriage—their artistic life partner, their editor. The role of the documentary film editor is often unseen (which may be a good thing as one editor tells us). The editor toils away in a vacuum of footage, or they might miss a gem, to do the work of bringing the story of the documentary to light.

Recently, the Sundance Institute Documentary Film Program just completed the Doc Edit and Story Lab, an intensive nine days at Sundance, Utah, partnering five in-production documentary projects with acclaimed film editors who serve as creative advisors, with the goal of reworking their films towards their greatest potential. These editor advisors are joined by two film directors in a unique intensive residency which, as described by DFP director Cara Mertes, is the only place in the doc world that provides a space for filmmakers to go head-to-head with editors to challenge their film in the most crucial ways.

What really is the story at stake? What is the best structure to tell that story? How are these characters being developed? The answers the directors leave with are often not what they began with. I spoke with the creative advisors to get their take on what exactly goes on in the cavernous editing rooms between the filmmaker and the editor when the magic, the art, the craft, the “oh my god” of documentary storytelling happens.

The relationship between the editor and director is really a collaboration. The editor is absorbing a director’s vision and then looking at the materials through the eyes of the audience.

“The reason people don’t know what editors do is because the better we do our jobs the less you know that anything is done. It’s invisible work that is done. It’s about finding a story that unfolds in a way a novel does; and finding the transitions so that you don’t even realize you went from one place to another. The relationship between the editor and director is really a collaboration. The editor is absorbing a director’s vision and then looking at the materials through the eyes of the audience.”

Moss’s films include Secrecy (directed with Peter Galison) and The Same River Twice, both which premiered at the Sundance Film Festival. He is currently on the Board of Directors for ITVS and has taught filmmaking at Harvard for more than 20 years. His most recent projects include 2019 and 2020 Festival selections American Factory and Some Kind of Heaven.

“Editors do two things: they translate the idea of the filmmaker (they use the material to interpret the filmmaker’s wishes); and they have a way of seeing possibilities in the material. Directors often have big ideas and shoot things that are approximations of these ideas and the editors look at the material and say ‘I see what this is about’ and then try to shape it with the vision of the filmmaker. Together they make something come alive on a screen.”

Tsien’s editing credits include Academy Award nominee Scottsboro: An American Tragedy, Something Within Me, Malcolm X: Make it Plain, Dixie Chicks: Shut Up & Sing, and Please Vote for Me. Her most recent project is Roger Ross Williams’s The Apollo.

”The editor is like the midwife who helps the director bring the baby out.”

Lewis Erskine been editing films for 26 years. His editing ear was honed by mixing records for sound and listening to 1970s black radio. His eye was trained by watching the Alvin Ailey Dance Theater. His most recent credits include Miles Davis: The Birth of Cool and Thumbs Up for Mother Universe: The Lonnie Holley Story.

We’re the alchemists of the film. We’re the people who turn the raw materials of the film into the gold an audience gets.

“The standard thing people say is that the documentary is written in the edit. It’s the editor who figures out what the story is and how to tell it. That’s right, but it’s also an oversimplification. We’re the alchemists of the film. We’re the people who turn the raw materials of the film into the gold an audience gets.

“As a young editor I was very concerned with my technical ability, but that’s not the meat of the job. It’s understanding why you would cut to that. Knowing why you are going to tell a story this way is the thing to practice seeing in an editor. We [editors] always watch the montages—the death of Bonnie and Clyde montage. But we don’t pay attention to where in the film that comes. The reason it’s so great is because of where it comes, why it’s there.”

A feature film and documentary editor for the past 25 years. Her credits include: Deadline, Rain, Payakan, Punk, and Santitos. She recently completed Camp Victory, Afghanistan which premiered at South by Southwest. Most recently, she worked on the 2019 Festival selection One Child Nation.

“For the director, there’s what happened—truth and reality. And for the editors, there’s the story and the characters, and what you have to do to make them clear.”

Bini has edited many of Werner Herzog’s films, most of them documentaries, including My Best Fiend, The White Diamond, Grizzly Bear, and Encounters at the End of the World. His most recent credit credits include American Honey and You Were Never Really Here.

“What is the physical task of editing? When someone goes out and shoots a film they usually acquire a large amount of footage. The editor’s job is to cut it together in a way that’s entertaining. You have to go through the footage, and you have one thing in mind when you first look at the footage, and then when you start to put it together, it changes in your mind as to what is important. … This works, this works, this doesn’t work. And all of a sudden, ‘Oh my god.’

“I understand [Werner Herzog’s] vision quite well; there’s a lot we don’t have to discuss. When I’m going through the footage I know what to look for. He’s a very unique filmmaker and yes, there’s the story, but there’s also the poetry to his work. So I know when I’m looking at the footage what he will think of as the poetry.

Amend received the 2005 International Documentary Association’s inaugural award for Outstanding Achievement in Editing. Her work includes the Academy Award–winning docs Into the Arms of Strangers: Stories of the Kindertransport and The Long Way Home. Her most recent credits include Feminists: What Were They Thinking?, Peter Case: A Million Miles Away, and The Final Mile.

“First and foremost, I see myself as a storyteller. The editor looks for the story in hours and hours and hours of footage. The director always has a plan or an intention of what they shot, but bringing out the story and telling it dramatically is through editing. I think in terms of character development and character arcs, three-act structures as narrative storytelling. The editor’s job is to help the director realize their vision.”

This post was originally published in 2011. It has since been updated.