The Spark of Storytelling: A Conversation with Davis Guggenheim and Keri Putnam 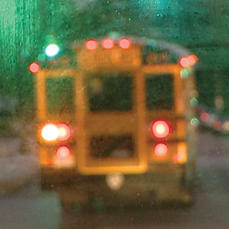 An Inconvenient Truth was a documentary film’s perfect storm: bringing awareness of global climate change to the masses, energizing the mission of a Vice President, nabbing an Academy Award, and solidifying the vitality of documentary filmmaking in a world of changing media. Set to release this Friday, Davis Guggenheim’s new documentary, Waiting for “Superman,” which premiered at the 2010 Sundance Film Festival and won the Audience Award is already brewing with a similar intensity. Waiting for “Superman” explores America’s buckling public school system and Sundance Institute Executive Director Keri Putnam caught up with Guggenheim to discuss his new film, how social activism informs his art, and what we as citizens can do to help our schools.

Putnam: What drew you to documentary filmmaking in the first place? Was it the art of filmmaking or the potential for stories to make change?

Guggenheim: In my family—my father made social justice documentaries—that’s just what we talked about around the dinner table—that stories have the power to transform people and make a difference. My father’s first film in the late 50s was about a bond issue to get more money for the St. Louis Zoo. So he made a film that played on T.V. and everyone voted to give more money to the zoo. It was very practical minded in the idea that movies and stories are not just entertainment, but are there to transform people and to do good in the world.

Putnam: You’ve had such an extraordinary success in making your story connect with an issue in a way that transforms a greater understanding in the public with An Inconvenient Truth, and now with Waiting for “Superman.” What are the ingredients in that success? Is it timing, it is the alliances you have, is it the characters?

Guggenheim: There are a lot of ingredients to making this work. One is to have an alliance with a company like Participant Media, who want movies that move people—that move the needle on a social issue. They fund the movie and help develop it with that in mind. Timing [is critical] as the movie has to work hand in hand with what’s happening on the ground with real factors and real people who are doing the hard work. In the case of education, the wave was already building and the documentary helped that wave crest. There’s a new generation of education reformers who are proving that it’s possible to educate every kid. The political tides are shifting to where this issue of public education is cutting across all political lines and traditional entrenched positions are now crumbling. In terms of the filmmaking, I learned a lot with Al Gore: the film needs to not only make a great argument, it needs [audiences] to connect with real people and show the stakes are really high. It also needs to attack hidden beliefs that audiences have.

Putnam: Right, so you’re not just preaching to the choir.

Guggenheim: Yes, so the entrenched beliefs in our education system are ‘poor kids can’t learn,’ or ‘money doesn’t help the problem,’ or ‘parents in poor neighborhoods don’t care,’ or ‘the educational system is too entrenched to change.’ All these things give people permission to shut down. A lot of documentaries just point the camera and say, ‘isn’t this terrible and shouldn’t we do more.’ I don’t believe they go far enough. I think you have to attack directly the more hidden psychological conversation that is going on inside people’s minds.

Guggenheim: In Waiting for “Superman” we built two separate movies. We basically made a movie for the right brain and we made a move for the left brain. For more than a year of editing, we kept those movies separate so that they would work on their own independently. We made one about the kids trying to find a great school and we called that “Other People’s Children.” And then we made a film about the system and why it’s so dysfunctional and we called that “The Folly of the Adults.” Each had a beginning, middle, and end. The feeling was that one movie would be powerful, the other movie would be powerful, but cutting them together would be even more powerful in a sort of 1+1=3.

Putnam: Did you set out to do that from the beginning?

Guggenheim: It came from An Inconvenient Truth because we had the slideshow—Al Gore making a very intellectual argument. I knew that in order for the audience to connect to the movie that the issue should not drive the film. How do you inject Al Gore’s story, which is someone knowing this horrible truth for so many years trying to tell the world about it, but no one will listen? We shot the slideshow and then we had these personal stories. We found when you talk about the crisis point in the slideshow, you can cut to the 2000 election. You can aggressively shift gears between the left brain and right brain and it has a doubling-effect.

Putnam: Every part of you is engaged in this way. Speaking of audience engagement, as today’s media landscape continues to evolve and there’s a scarcity of in-depth journalism, do you think documentary has a different role to play?

Guggenheim: When you look at documentary is the 60s and 70s, it was a revelation to take a lightweight camera into a tenant house and see how this other world existed. That was enough [for] people to become outraged or inspired. Now everyone has a camera and HD video on their iPhone, so that [imagery alone] doesn’t shock us enough. Documentary films need to reveal important truths, but these truths are more hidden beneath the surface of the image. They’re more psychological truths or systemic truths that you have to detangle. You’re still trying to tell a story about an injustice. You’re still trying to shine a light on something that could possibly do some good. The challenges are the same today, but the audiences are different.

The mainstream press is in a lot of ways letting people down. That was certainly clear in an An Inconvenient Truth, when people were reporting there was a controversy [about the existence of climate change] and there was not. There was a real consensus on the issue. So someone needed to connect those dots. It’s the same thing with public education.

Putnam: You’ve had a long history with the Sundance Film Festival—many of your films have premiered here. How has this impacted the life of your films?

Guggenheim: The role of Sundance is the sparkplug. The engine is cold and dormant, and a set of static metal parts. The sparkplug lights the spark, which ignites the fuel, which pressurizes the chamber and moves the piston, and turns the crack, and moves the engine forward. For both cases [An Inconvenient Truth and Waiting for “Superman”] we brought films to Sundance that no one had seen. The movement began at Sundance. With Al Gore, we received three standing ovations and he was mobbed and people were fighting to release this movie, but before Sundance we had a major studio say ‘there will never be a theatrical release, don’t waste anyone’s time.’ The expectations were so low, and the Sundance Film Festival changed that. Waiting for “Superman” was the same thing. We went from being a little documentary about a dry, boring subject to being picked up by a major studio with a decent chance to getting some national exposure and actually change the conversation.

Putnam: How do you balance your ongoing role as an advocate with your desire to make a film?

Guggenheim: For me it’s not enough to make a movie that is compelling. There are two pieces: there’s the movie and then there’s the activism. I’m not going to sleep until I feel like this movie got out there and reached an audience. We have very active engagement pieces with the website, and you can go online and pledge to see the movie. We give very concrete things you can do to help the issue.