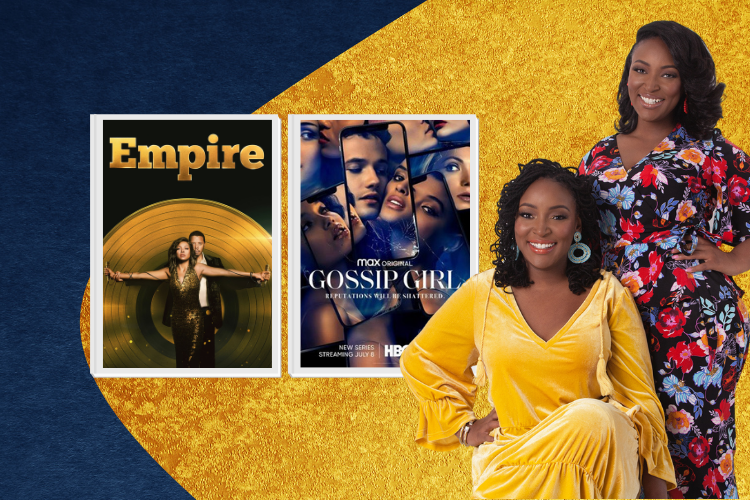 Back when they were children, eagerly awaiting regular deliveries of videotapes of their favorite TV shows to their doorstep, JaNeika and JaSheika James had no inkling they could be a part of the world they so adored.

Twin daughters of a military member living in Germany, the two obsessed over those videotapes — ALF, A Different World, Saturday morning cartoons — sent to them by their stateside grandparents.

They slowly became aware that there were real people behind these television programs, and they became the sisters’ new heroes: like Yvette Lee Bowser, who created the Fox sitcom Living Single. At one point, the sisters drove from Florida to Wilmington, North Carolina, to visit the set of Dawson’s Creek and observe the production side of things.

JaNeika was studying at the University of Florida to become a dentist. JaSheika joined her there, entering the journalism program to study TV production. “Wait a minute,” JaNeika remembers. “I love TV too!” From then on, they both set their sights on writing for television.

Through periods of unemployment and uncertainty, they persevered. JaSheika moved to Los Angeles and became a production associate for ABC. JaNeika went to graduate school at Syracuse University for a master’s degree in TV, radio, and film. She connected with their idol, Yvette Lee Bowser, interviewing her for a project. They wound up talking for three hours, striking up a connection, and, later, JaNeika contacted Bowser via email and asked to become her intern. Bowser agreed!

It was a 10-year journey to become staff writers (and then supervising producers) for Fox’s Empire. They entered the writing rooms for Gossip Girl on HBO Max, the sequel to the CW teen drama that ended in 2012, and for Bel-Air, a dramatic reboot of The Fresh Prince of Bel-Air, on Peacock.

“We’re dreamers, and that’s why we’re here,” says JaNeika at a Sundance Collab Advisor Studio series in November 2021. The sisters joined the series for a session on Breaking In and Sustaining a Career in Television.

The personable pair offered some advice for aspiring TV writers. The writing room, with its multitude of writers, story editors, producers, assistants and more, is a “microcosm” of the world, says JaNeika, and every person in the room can contribute.

For those writers working to become established:

Perhaps more than anything, the James sisters advocate for being persistent, flexible, patient — and fearless.