The Digital Distribution of Short Films (an Art in Itself) 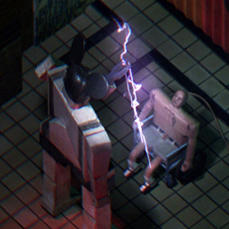 In October, it wasn’t uncommon that Sundance Film Festival shorts programmer Jon Korn added an extra hour of screening time to his routine 12-hour block. However, instead of picking up another title from the pile of literally thousands of unwatched films, he turned his focus to the online ether. Labeling it “the only type of multitasking I can do,” Korn ended up perusing his favorite sites: Funny or Die, YouTube, and countless other online destinations, all in search of putting together our 2010 Shorts Program.

“I’ll check out anything, whether it’s forwarded by friends, found on Twitter (@kornlock), or hiding in the darkest corners of the internet,” says Korn. “The egalitarian nature of how we find stuff online is so rad; cats on ladders, remixed blockbusters, or pure conceptual art – it all has to stand up on its own.”

For years now, the Sundance Film Festival has stood behind the idea that shorts filmmakers who post their work online are not only okay to screen to an audience in Park City, but are in many ways encouraged to utilize both forms due to the limited opportunities that routinely exist for short films. Sometimes, perhaps often, online audiences are different than the crowds that attend film festivals, and at other times, the screening experience simply works differently in a packed audience than it does in the solitude of one’s apartment, home or office, etc. While not everybody is hip to films being exhibited in both mediums (at least simultaneously), more and more festivals are in support of letting the films live and thrive in both worlds.

“I think that the only way for festivals to stay both relevant and necessary in an online world is to completely embrace the internet as both a source of material and a platform for exhibition,” Korn continues. “As a festival programmer, I feel like it is my job to present our audiences with the best films I can find, regardless of whether they have been available on the internet. I don’t think our audiences care if thousands– or even millions– of people have seen the material online as long as it is good.”

“I think at this point it is silly for a festival not to accept a film because it has been online,” comments Max Joseph, co-director of the 2010 Sundance Film Festival short, Let’s Harvest the Organs of Death Row Inmates. “The world of web video is revolutionary because it is the democratization of filmmaking. Anyone can make a film that anyone else can watch. THIS is why filmmakers make films– to communicate their ideas and stories with as large an audience as possible. For film festivals to ignore this, or, worse, discourage it would be against the spirit of independent filmmaking.”

Joseph continues: “What’s interesting about online video is that it is a completely new format.” Before the web, a short film ran anywhere from 5 to 15 minutes and generally had a proper beginning, middle, and end, with sympathetic characters and a clear narrative. These shorts are still being made; however, they are not the shorts that thrive on the web,” the GOOD director declares.

And Joseph has the resume to prove he knows a thing or two about web video. Over the last three years, he– occasionally aided with the help of Harvest co-director Chris Weller– has produced and directed over 50 videos for GOOD, in which the videos were streamed on YouTube, MySpace, and DailyMotion. Two of Joseph’s GOOD projects were screened in the Documentary Shorts Program at the 2009 Sundance Film Festival, and met by an audience that was ready and responsive to the format Joseph mentions.

“The format is currently wide open for new conventions, new ideas, and new narrative structures. Videos of hamsters playing pianos or Tay Zonday singing Chocolate Rain or Jeremy Konner’s Drunk History (Note: two new Drunk History segments are part of the 2010 Festival, while the earlier episodes can be found online) are evidence of the new formats and conventions that web video has spawned,” Joseph adds. ” This is the age of the “viral” video and the conventions and formats are completely wide open to interpretation.”

Another so-called ‘double threat’ of the web/fest hybrid of filmmaking is 2010 shorts filmmaker Bobby Miller, director of the film TUB, who has worked for the Onion News Network (theonion.com), Next New Networks (NextNewNetworks.com), IndyMogul.com, and the online animation network, ChannelFrederator.com. Bobby created the Webby Award winning show, “The Best Short Films in the World” (TheBestShortFilmsInTheWorld.com), where he showcased clips from all sorts of short films, went on to interview many of the directors, and garnered a few laughs in the process.

“The bits in between were written, directed, hosted, and edited by me and would usually track a storyline about my character,” recalls Miller. “I’m told the Webbys are considered the Oscars of the internet. But, I keep trying to impress dates with that and they never know what the Webbys are. Anyways, it beat out Late Night with Jimmy Fallon at the Webbys for Best Variety show for the People’s Choice Awards. That win was thanks to an online video campaign I made called: DontLetJimmyWin.com (you can find the campaign that Jimmy Fallon went on here.”

As for his views on festival exhibition, Miller comments: “I don’t think putting a short film online should disqualify you from a festival. Most people can’t attend festivals, just out of sheer ‘I don’t live near it’ reasons,” Miller remarks. “Having said all of that, I totally understand the idea of exclusivity. It’s the reason why TUB isn’t online and won’t be for a bit. I’m sorta a weird case in that respect, but considering I make online content every week, I was really excited for this to be something you can only see in a theatre for a while.”

“The future of everything is online, we have entered the Golden Age of the Dilettante,” claims Alexei Tylevich, whose film N.A.S.A. A Volta was a film that Korn originally saw on the web and asked them to submit for consideration for the 2010 Festival. Tylevich remarks, “Not accepting anything that has been on the web already severely limits the available selection of good films produced in a given timeframe. Films should be judged on their merits and not based on methods of their temporary distribution.”

So will the online experience ever replace the experience of seeing something in a theatre? “No. Never,” claims Harvest’s Joseph. “If you’ve ever visited or seen an ancient amphitheater you will find that 3000 years of technology has barely altered the live audience experience. Sitting in a dark place with a bunch of other people allows for a greater suspension of belief and an ultimately more intense experience. Features may have to become more optimally cinematic, meaning that they will have to evolve to better optimize the theatre experience,” Max states while citing the James Cameron pic Avatar.

As for the future of online video, it’s quite clear that features will (and have) follow the lead the short form has cemented in the online universe. YouTube, Hulu, iTunes, and countless other sites such as The Auteurs which is more geared toward the art fare audience have embraced the digital age, and people seem to be flocking in numbers. Not just the audience, but filmmakers and creators as well.

“If you’re a micro budget indie filmmaker, than it’s pretty much a no-brainer that you MUST be distributing your film online,” the TUB director suggests. “It’s really inspiring to see all these truly independent films attacking distribution in a grassroots way. It’s hard not to get excited about it. And makes me super pumped about making my first feature, which I hope will be soon.”

As for the future of online video, Korn looks forward to the days ahead: “I dream about a service that would allow me to watch anything, from anywhere, at any time, for a small fee. The money I pay would be split between the filmmaker and whatever entity pointed me towards the material. Thus the curatorial role played by film festivals (and everyone else with opinions on film) would still be vital and integral to the process..”

Max Joseph weighs in, ”I thought for awhile that once YouTube and the other online video outlets adopted higher video quality that the general format of online shorts would lengthen along with the audience’s ability to tolerate amateur video,” recalls the Harvest director. ”But I don’t think this evolution will make obsolete the short attention-span web videos that have been kicking ass on the internet for the last few years.

“This is cinema for kids procrastinating while doing their homework, people commuting to and from work, office workers stealing a couple minutes of distraction, stoners looking for a media fix, or executives passing a joke around. The one-cycle cinema of the short viral web video is going to be here for a while and will (if it isn’t already) become its own art-form.”