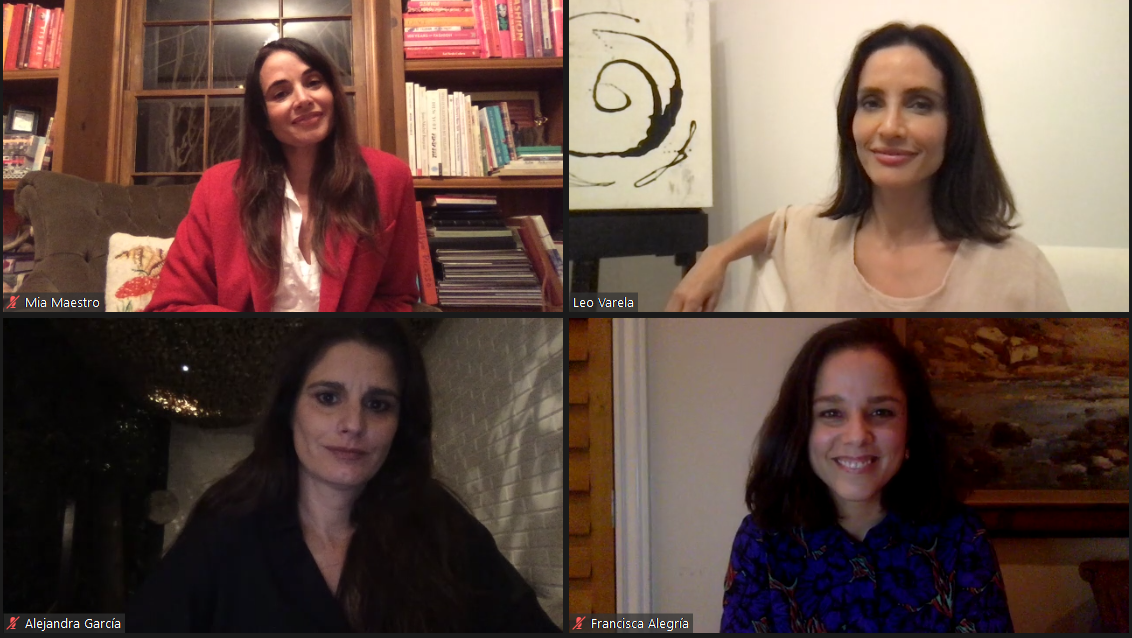 Francisca Alegría’s poignant debut feature film, The Cow Who Sang a Song Into the Future, explores the secret landscapes of family relationships, the sensitivity of our environment, and the possibility of resurrection and healing — all set against a chorus of aquatic and bovine voices.

Premiering Sunday at the Sundance Film Festival, this story of magical realism directed and co-written by Alegría, and set in her native Chile, was received warmly by its online audience. As someone named Bill wrote in the chat section of the Q&A following the film: “Exceptional work! Thank you for breathing this work to existence.”

In the opening scene, the long-dead Magdalena rises from the waters of the Cruces River, where it is said she deliberately drove her motorcycle and drowned many years before. The same river is now depositing dying fish on its banks. There is evidence the fish and other animals are being affected by the discharge from a cellulose plant — an environmental disaster that is being ignored by the authorities, much as Magdalena’s daughter Cecilia is ignoring the turmoil of her eldest child.

A busy surgeon in the city, Cecilia is angry that her oldest child, the one she knows as Tomás, identifies as a woman. As long as the teenager is in her house, she yells, “You are still my son.”

When word comes that her father, Enrique, has suffered a heart attack, the single mother packs up Tomás and youngest child Alma and heads back to the family’s dairy farm, now being run by her older brother, Bernardo.

Meanwhile, Magdalena wanders the countryside, where the fish sing songs of dying and the dairy cows lament being separated from their children. Magdalena does not speak, but she expresses a range of emotions without words as she seeks to heal her wounded family. Alegría applauded an audience member who pointed out Magdalena’s silence. “We waste words so much,” she said.

Leonor Varela (Cecilia) and Mia Maestro (Magdalena) met Alegría when she was workshopping her script at a Sundance Institute lab. With only a few pages of script written, their two characters were already well-drawn, said Maestro. “The soul and the spirit of these characters were there,” she marveled. And Varela experienced a “very strong déjà vu,” a feeling that she had read the script before. It was a feeling that deepened over the four years the script was being developed, she said.

All three women were deeply committed to the project, as was co-producer Alejandra García. “The spirit of this film blessed all of us,” she said.